Referring to the February 26 Balakot air strike and the 2016 cross-border strikes, he said: "Today India goes into Pakistan and does surgical strike. Was this possible earlier? India today goes into the enemy’s house and does air strike to eliminate them. Who made this possible? Who made it possible?" 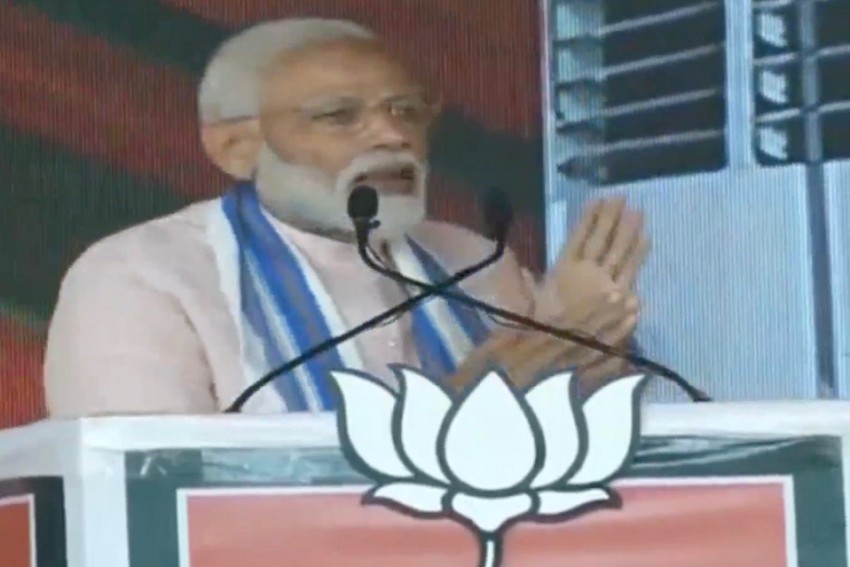 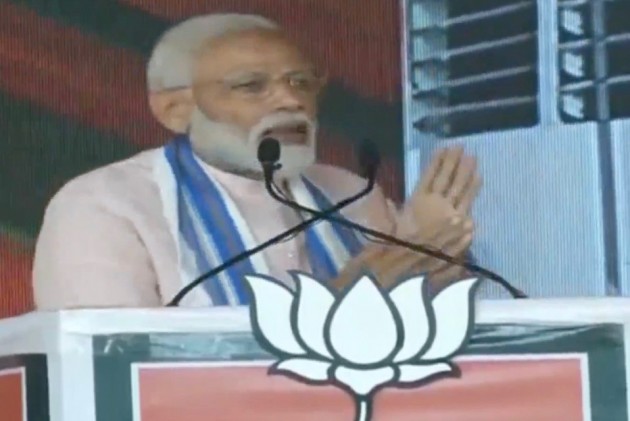 Amid claims of "misusing" the armed forces for electoral gain, Prime Minister Narendra Modi Tuesday said the strength of "one vote" had enabled the cross-border surgical strikes and the Balakot air strike in Pakistan.

Addressing a poll rally in Bhatapara in Chhattisgarh, Modi said that India was able to carry out surgical and air strikes across the border and shoot down satellite in space due to the strength of "one vote" of the people.

" I have come to ask you to vote for the BJP again. On 23 April, vote for the BJP, to choose a new India, an India that has a  standing in the world stage, and a prestige and strength," he said.

Referring to the February 26 Balakot air strikes and the 2016  cross-border strikes, he said: "Today India goes into Pakistan and does surgical strike.  Was this possible earlier? India today goes into the enemy’s house and does air strike to eliminate them.  Who made this possible? Who made it possible?"

"Today India can also strike satellites in space and hit an enemy satellite in 3 minutes. Who did all this?"

To chants of "Modi, Modi", the Prime Minister said, "It was not Modi, but all this was made possible with your one vote."

The Election Commission last week sought a report from poll officials in Maharashtra after Modi's remarks at a rally in Latur, where he asked first-time voters to dedicate their vote to those who carried out the Balakot air strike.

The report was sought in the context of an EC advisory issued last month asking parties to desist from indulging in political propaganda involving actions of the armed forces.

Modi also stepped up attack on Congress chief Rahul Gandhi, saying it was the mindset of the "sultanate" of the 'Naamdar' to abuse the deprived and treat them as slaves.

Modi's barb came a day after Gandhi made the "how come all Modis are thieves" remark.

Modi attributed Gandhi's comment to frustration among the Congress and its "Mahamilvati" allies caused by the "BJP wave" being witnessed across the country.

"These people are crossing limits daily. According to them, anyone whose name is Modi is a thief. What kind of politics is this? They have labelled a whole community as thieves only to get some applause, just to insult your 'chowkidar'," Modi said.

"I have a question. Why all the thieves have Modi in their names whether be it Nirav Modi, Lalit Modi and Narendra Modi? We don't know how many more such Modis will come out," Gandhi had said, addressing a rally in Maharashtra Monday.

"The Congress and its Mahamilavati allies are unable to sleep during night. Now they are abusing me in frustration, are insulting me. The voters of India are seeing this," Modi said.

"It is naamdar's sultanate mindset which sneers at the exploited, deprived and treats them as slaves," he said.

The Congress labelled honest tax-payers as selfish, Modi said. The naamdars are faced with cases of income tax theft of crores of rupees, he added.

"They are having fun after committing scam following land allotment to bring out a newspaper...they are out on bail," Modi said, without naming the National Herald case.

"They seek commission in deals relating to national security," Modi said, in a veiled reference to the Bofors scam, in which late Prime Minister Rajiv Gandhi's name was dragged by the opposition.

'Hurt By Rahul Gandhi Calling All Those With Modi Name As Chor', Says Sushil Modi; To File Defamation Case