Woman Raped In Moving Bus By Driver In Uttar Pradesh

According to officials privy to the probe, the woman was given the last seat where the accused forced themselves on her. 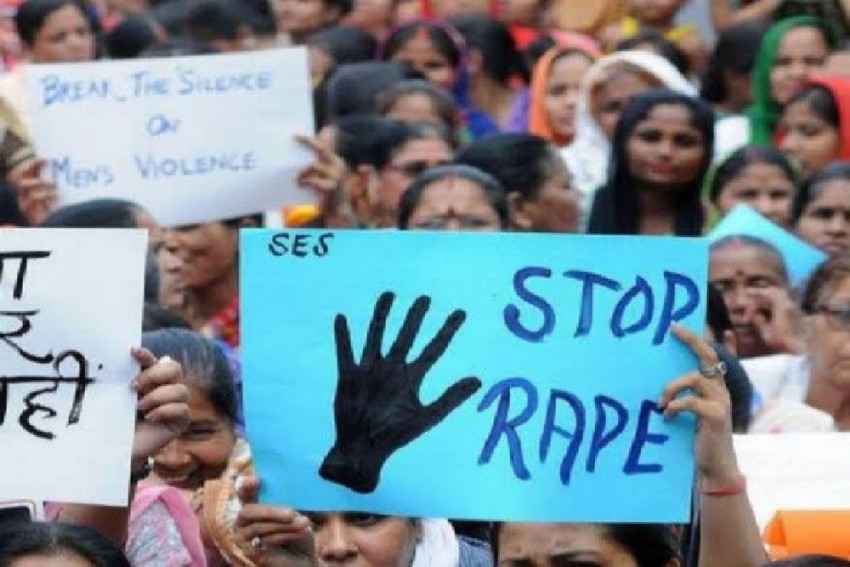 A 25-year-old woman travelling with her children from Uttar Pradesh’s Pratapgarh to Noida was allegedly raped on a moving bus by one its two drivers early on Wednesday, police said.

The accused is absconding, police said, adding that the other driver has been held for allegedly intimidating her.

According to police, the incident apparently took place on a stretch between Lucknow and Mathura.

The woman was travelling on the long-distance private bus with her two children and around 10 other people at the time of the incident.

However, the woman gave a complaint to police after reaching Noida, where an FIR under Indian Penal Code Sections 376 and 506 was lodged at the Sector 20 police station, they said.

The bus had two drivers and a support staff.

It was the woman's first trip to Noida from her native place in Pratapgarh, officials said, adding that her husband is a vegetable vendor.

“It was an AC sleeper bus, coming to Noida from Pratapgarh. According to information given to police by the woman, it appears the incident took place in the night when the bus would have been on a stretch between Lucknow and Mathura,” said DSP (Women Safety) Vrinda Shukla.

“As the complaint was made after the woman reached here, an FIR was immediately lodged,” Shukla said.

She said one of the two drivers has been arrested and the bus impounded.

Police teams have been formed to ensure the arrest of the other driver as well as the owner of the bus at the earliest, she added.

The DCP said further proceedings in the case are under way and the complainant has been sent for a medical test.

“All co-passengers are being traced and their statements are being taken so that a charge sheet in the case could be filed soon,” she added.

According to officials privy to the probe, the woman was given the last seat where the accused forced themselves on her.

The arrested driver had threatened her with dire consequences if she raised an alarm.

The woman got down in Noida in the morning where her husband had come to pick her and she narrated the ordeal to him after which police were informed, officials said.

The bus bears registration code UP 17 (Baghpat district) but it is owned by a Noida-based operator, they added.