Dr Deepa Sharma, a doctor of Ayurveda from Jaipur, posted a photo of herself on Twitter at 12.59 pm on Sunday, just minutes before Sharma was killed at 1.25 pm. 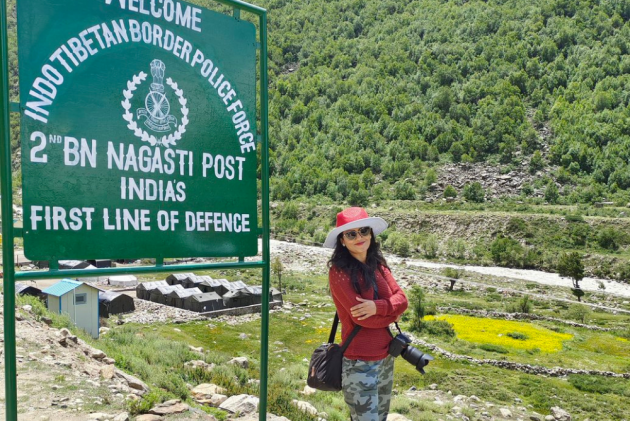 In a tragic incident,  a woman who was one of the nine persons killed in a freak rockslide in Himachal Pradesh on Sunday posted a photo minutes before meeting with the accident.

Dr Deepa Sharma, a doctor of Ayurveda from Jaipur, posted a photo of herself posing with a signboard that indicated the Indo-Tibetan border. The photo was posted at 12.59 pm on Sunday, just over half an hour before Sharma was killed at 1.25 pm.

Standing at the last point of India where civilians are allowed. Beyond this point around 80 kms ahead we have border with Tibet whom china has occupied illegally. pic.twitter.com/lQX6Ma41mG

At least nine tourists died and four were injured after a rockslide from the high mountains of Sangla valley caused rocks to tumble down the mountain and hit a tourist vehicle that was on its way to Chitkul, a popular tourists spot in the Kinnaur district of Himachal.

The rocks also caused damage to the Batseri bridge in Sangal Valley.

Dr  Sharma's post has since gone viral with many on social media expressing their condolences and sorrow at the news of her passing.

According to details released by police, four women and five men were killed in the accident. The travellers had been visiting the landslide-prone areas despite warnings against travel following incessant rainfall in the state last week.