Despite the ageless grandeur and elegance of their architectural style, the heritage buildings in Garli, a village in Himachal Pradesh, are in ruins as there is no one left to look after them.

Ravinder Sood, 70, was back at Garli, his sprawling ancestral house, after eight years. A retired civil servant from the centre’s elite service is a fourth-generation native. But now he is more or less settled in Delhi when not living with his son in Canada. He has no desire to return to his parental property at Garli, a heritage village that was once home to the wealthy Sood clan of Kangra in Himachal Pradesh during the British era.

It took Sood and his wife a whole day to clean up the dust piled up across his portion of the undivided ancestral property. Despite rigorous cleaning of the bushes, shrubs and overgrown grass covering the abandoned yet palatial house, built of high-quality wood and limestone masonry, Sood and his wife could only make prepare a modest living for their overnight stay. 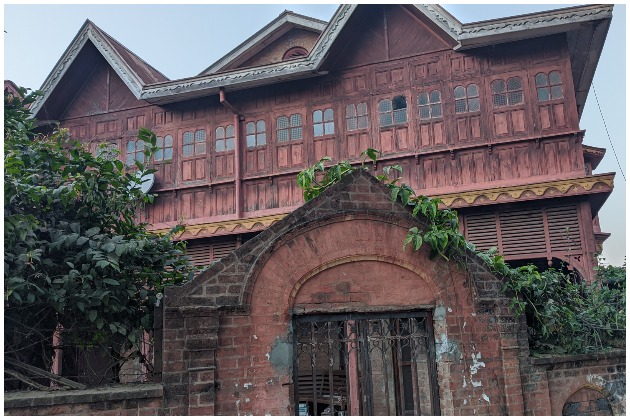 There are fewer families in the neighbourhood yet none of them original natives. Thus, he too finds himself quite a lonely soul.

“My great grand-father Lala Sultanu Mal was the one who built the property. My grandfather also stayed here at the time when the village was known to be the business capital of Himachal Pradesh. We have built properties in Shimla, Delhi and elsewhere including Canada. Now neither my children nor I am going to come back and live here” he declared. Sood is just one of the many locals who have similar plans to quit the village.

Sood's house is surrounded by nearly a dozen mansion-like buildings and old “Kothis” - multi-storey grand bungalows. But all of them are now in ruins, dilapidated, abandoned and uninhabited. Broken facades, stained glass windows, wooden galleries and faded doors tell a distressing story about how prosperity drove the richest families out of the heritage village, which has a memorable history of more than 200 years.

A close look at the houses clearly shows there is no movement of the families, especially the third or fourth generation descendants, back to their village.

Sushant Mudgil, a young up-panchayat Pradhan, tells Outlook, "Garli has never been so gloomy as today. The village is a treasure trove of heritage buildings. But, since the families, most of them belonging to wealthy businessmen and others serving as top government officials and judiciary, have migrated to metropolitans, these old buildings are in ruins, unattended, locked and crumbling".

Almost every single one of the private properties have more than two or three stakeholders –all in their third and fourth generations. Since most of the houses are dying, decaying and getting wiped out each year, not many want to invest in their upkeep.

Despite the ageless grandeur and elegance of their architectural style, the buildings are been abandoned since there is no one left to look after them. 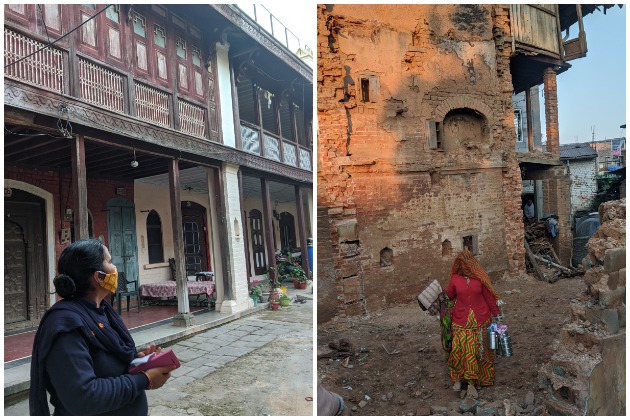 When visiting Garli, it is easy to get lost in nostalgia for an older time. With its intricate wooden architecture, neatly built lanes overlooking beautiful wall works, doors and viewing–balconies, the village is a treasure trove for history and architectural enthusiasts.

The last one belongs to the ancestors of the incumbent Chief Justice of Patna High Court Justice Sanjay Karol.

Justice Karol admits that most of the time the “kothi” is locked but he does make it a point to visit Garli every year for a social function linked to his mother’s anniversary. His family and children also arrive for the event.

The houses next to “Santri Wali Kothi” are either rebuilt by new owners who either bought or partially rented the properties. Rajasthani labourers were at work in two nearby houses, pulling out bricks and breaking old facades to raise a new structure.

Some years back, the Himachal Pradesh government had announced plans to develop Garli and the twin town of Pragpur as heritage.

Among some of the homeowners who got really driven to conserve and restore his heritage property was Yatish Sud, the owner of 'Chateau Garli'. He restored the mansion built by his great grandfather in 1921 and converted it into an ethnic resort with the right mix of modernity and original architecture.

Sud's mother mostly stays at Garli. And though his family often visit as tourists, both Indians and foreigners remain his best clients. 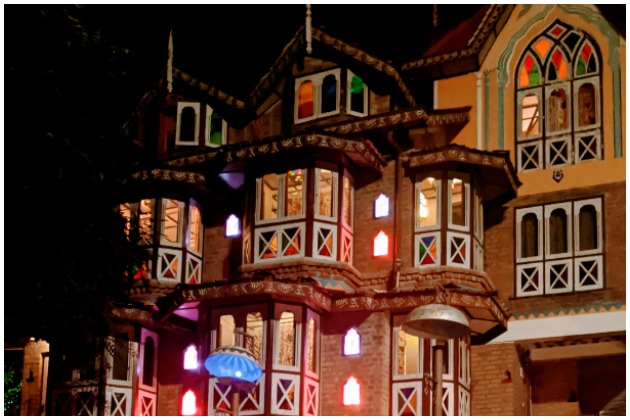 Much of the old artefacts, utensils and dishes in the property belonged to his grandfather.

"It was a serious and even an emotional effort to put the property back into use as a reminder of my legendary grandparents. A lot of investment went down in the conservation effort. But when people write positive reviews about Chateau Garli and its rich history, it’s quite satisfying for me” he says.

Naurang Yatri Niwas is yet another property conserved and saved from being wiped out by the time of businessman Atul Lal, another third-generation descendant at Garli.

Raaja Bhasin, a Shimla historian who has written much about Garli-Pragpur says, "The Soods of Garli (Kangra) were a very entrepreneurial clan, rich and wealthy. They used to migrate during the summers when Shimla was the summer capital of India in the erstwhile British Raj days. It used to take them three to four days to reach Shimla. After doing their business, they used to return back to Garli in the winters".

All the riches they earned were invested in the properties they built at Garli for their comforts and luxurious lives. But gradually their descends started abandoning the village to expand their businesses and some even took up jobs after getting an education. Slowly, the village emptied.

Nevertheless, many still call Garli the "Switzerland of India" for its grandeur, beauty and wealth. Most of the buildings, now crumbling and uninhabited, are architectural marvels of Kangra encompassing several styles like  Colonial, Gothic, Portuguese and Rajput. Unfortunately, it is a legacy that now lies in shambles.

Ashu Sharma, a tourist guide at “Chateau Garli” said she had conducted tours of engineering and architectural students coming to the village from the best of Institutes to study the building's architecture, woodwork, windows and balconies or 'Jharokhas'. But, since most buildings are crumbling, falling down or in complete ruins and others locked, they find it difficult to enter the spaces.

Mudgil, however, says that the village still has a few landmarks such as the water supply scheme— Kaloha, built in 1921 which is still functional in meeting the water needs of the local population. It is said the pipes laid for carrying water to the town were imported from Belgium.