Home  »  Website  »  National  »  'Why Has Nobody Died At Shaheen Bagh Despite Cold?' BJP's Dilip Ghosh On Anti-CAA Protesters

'Why Has Nobody Died At Shaheen Bagh Despite Cold?' BJP's Dilip Ghosh On Anti-CAA Protesters

Ghosh wondered why not the protesters, who include women and children, are not falling ill or dying despite sitting on demonstration for weeks under the open sky. 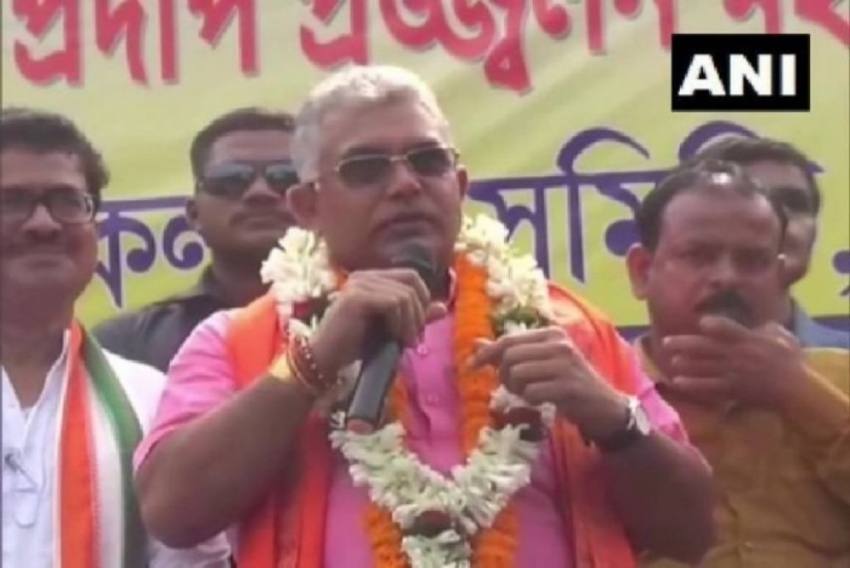 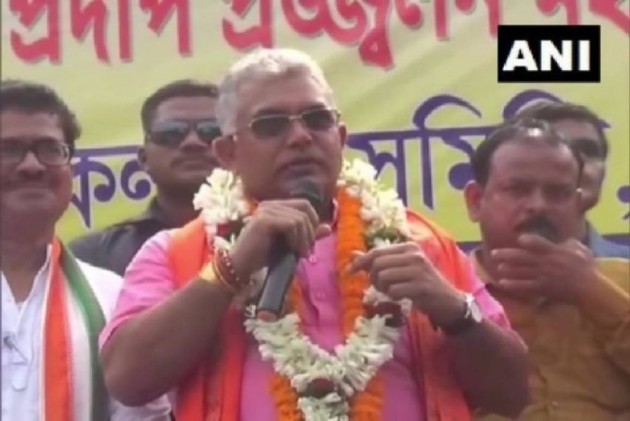 West Bengal BJP president Dilip Ghosh on Tuesday courted controversy by asking why nothing is happening to Shaheen Bagh protesters who are demonstrating under the open sky during the chilly winter in Delhi, while people are "committing suicide" in Bengal due to panic over the CAA and the proposed countrywide NRC.

Ghosh wondered why not the protesters, who include women and children, are not falling ill or dying despite sitting on demonstration for weeks under the open sky.

The BJP MP also sought to know who is funding the Shaheen Bagh protesters.

Hundreds of women have been protesting at the Shaheen Bagh in South Delhi against the Citizenship Amendment Act (CAA). The sit-in which has been on for more than a month now has inspired others to hold similar demonstrations at Park Circus Maidan in Kolkata.

"We came to know that women and children are protesting against the CAA and are sitting under the open sky during this cold winter nights in Delhi. I wonder why none of them has fallen sick. Why does nothing happen to them? Why has not a single protester died there?

"This is quite absurd. Have they consumed some sort of nectar that nothing is happening to them. But in Bengal, several people claimed to have committed suicide due to
panic," he said.

Ruling TMC supremo and Chief Minister Mamata Banerjee has claimed that over 30 people have committed suicide because of panic over the CAA and proposed nationwide NRC.

He also questioned the source of funding at Shaheen Bagh and Park Circus Maidan protests.

Hundreds of Muslim women are demonstrating against the CAA and the proposed nationwide NRC at the Park Circus Maidan here for 22 days.

"I wonder where from the money is coming. The truth about this will surely come out in the days to come.

Ghosh, the BJP MP from Midnapore seat, is known for courting controversies. A few days back he had said anti-CAA protesters who had destroyed public property were shot like dogs in BJP-ruled states.

The BJP leader also took a dig at party general secretary and its Bengal minder Kailash Vijayvargiya for his 'poha' comment, saying he himself loves it and finds nothing wrong in having it in the diet.

"I myself eat poha and I don't see anything wrong in eating it. Everybody is entitled to his or her opinion," he said without naming Vijayvargiya.

Vijayvargiya had courted controversy last week by stating that he had found the eating habits of some of the construction labourers working at his house in Indore "strange" as they were eating 'poha' (flattened rice).

After talking to their supervisor and the building contractor, Vijayvargiya had said he suspected that they were from Bangladesh.