Following this meeting, the WB governor will be on a month-long visit to Darjeeling 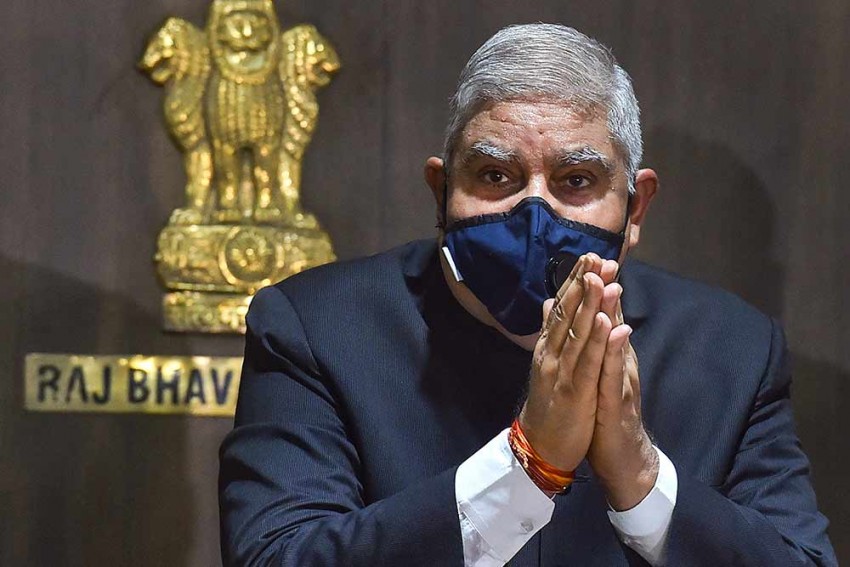 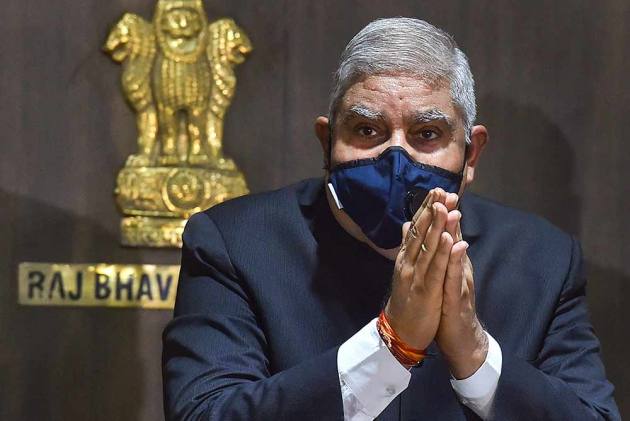 Dhankhar has been vocal about the political killings which have taken place in the past few months attracting criticism from the Mamata Banerjee government in the state.

"West Bengal Governor Shri Jagdeep Dhankhar would be on an official visit to Delhi from Oct 28-30. Governor Dhankhar leaves for Delhi on the evening of Oct 28 and returns to Kolkata on Oct 30. His engagements include calling on the Union Home Minister Shri Amit Shah on Oct 29," a Raj Bhavan communique said on Wednesday.

Following this, he will be on a month-long visit to Darjeeling from November 1, the sources said.

Dhankhar's scheduled visit to Darjeeling will take place at a time when political equations in the hills have changed after the undivided Gorkha Janmukti Morcha (GJM) supremo, Bimal Gurung walked out of the BJP-led NDA accusing it of not fulfilling its promises.

Gurung had during his dramatic reappearance in the city after absconding for three years lent support to the ruling TMC.

The TMC got a shot in the arm as he vowed to support it in the next Assembly polls.

"Dhnakhar will be staying at the Raj Bhavan in Darjeeling," the statement said.

He is also scheduled to address a press conference at Siliguri on November 1.

The TMC has expressed apprehension over the governor's scheduled visit to the hills. Dhankhar has been at odds with the Mamata Banerjee dispensation since assuming charge over a year ago.

"He (Dhankhar) can always visit any part of the state. But we don't think it's a routine visit. We are apprehensive about his visit," a senior TMC leader from north Bengal said.

The BJP came out in support of the governor and said being the constitutional head of the state, he has the right to visit any part of the state.

"Why is the TMC afraid about his visit? Does it have anything to hide? The governor has the right to visit any part of the state," a senior state BJP leader said.

The TMC is hopeful that the new political realignment of Gurung with the party will have a "far-reaching political impact" in north Bengal, one of its leaders said.

Banerjee's party had drawn a blank in the 54 Assembly segments in the area in the 2019 Lok Sabha polls.

Sources in the TMC said the political realignment will change several ground equations in north Bengal in the party's favor as Gurung enjoys influence in 12-14 Assembly seats and holds sway over 11 Gorkha communities, who form a deciding factor in 18-20 Assembly seats spread across Darjeeling, Kalimpong, Jalpaiguri and Alipurduar.

The picturesque Darjeeling hills have repeatedly witnessed violent agitation over the demand for a separate state for more than three decades, the latest being in June 2017 when the hills saw a 104-day-long strike over the issue.

The agitation had led to a split in the GJM, with Binay Tamang, once a deputy to Gurung, taking over the reins of the party and expelling his supremo.

The Gurung faction had then continued to support the BJP, while Tamang and his group had joined hands with the TMC.