The video of the uninvited attendee in the classroom has been going viral on the internet. 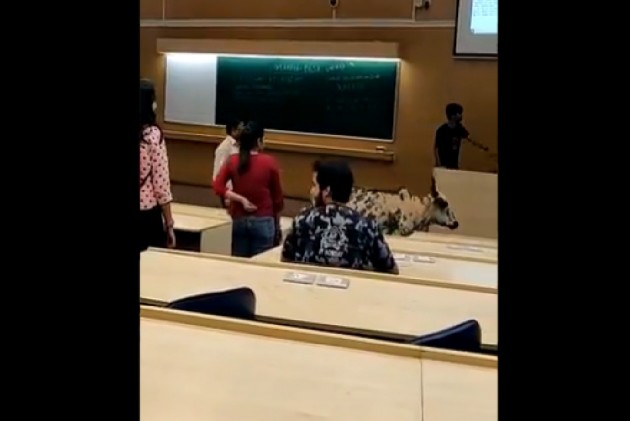 A video of stray cow strolling around in a classroom amid session at the IIT Bombay left the students amused on Saturday.

The video of the uninvited attendee in the classroom has been going viral on the internet.

In the video, the cow entered the classroom, with some students making way for it to move around while some trying to chase it away. The students looked visibly perturbed with the stray animal's intrusion.

The campus officials have not yet authenticated the video but few students claimed that it was shot inside Bombay campus, according to a report by Hindustan Times.

The incident occurred while the students were busy taking a test in one of the lecture halls of the Lecture Hall Complex building.