The four survivors are being treated in hospital for severe burns 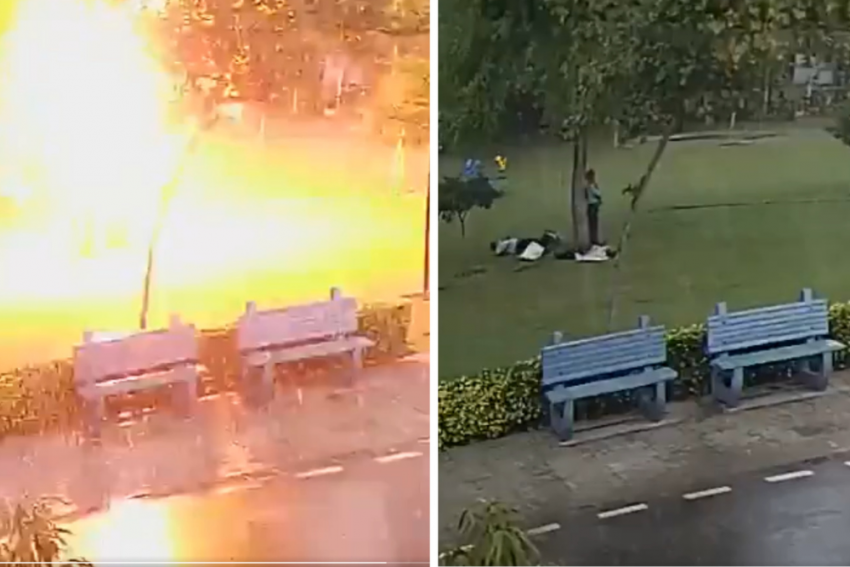 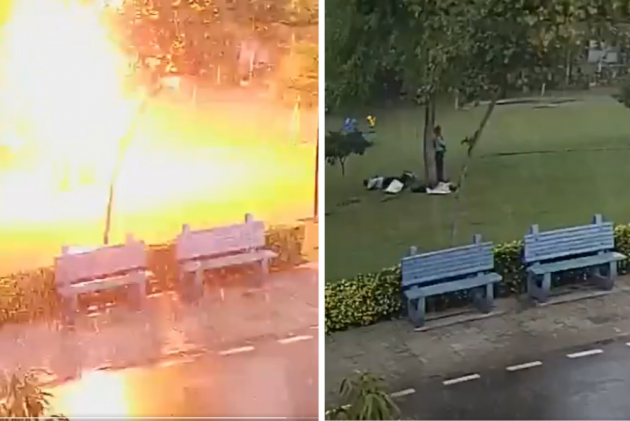 A video which went viral on social media shows four horticulture staffers standing under a tree when lightning struck them. The four men were jolted by lightening in a housing society at Vatika Signature Villas in Gurugram Sector 82. All four survived.

To avoid the rain, the four men were seeking taking shelter under a tree when a thunderbolt landed right at their feet. Three of the victims fell down immediately after being struck by the lightning. Watching the video, it seems hard for the victim to survive the tragedy but luckily, they were then rushed to a hospital and are being treated for their burns over there.

The victims were taken to a private hospital in Manesar and had severe burns on their bodies. Fortunately, three of them are now out of danger but one of the victims is still being treated in the ICU and is in a critical state.