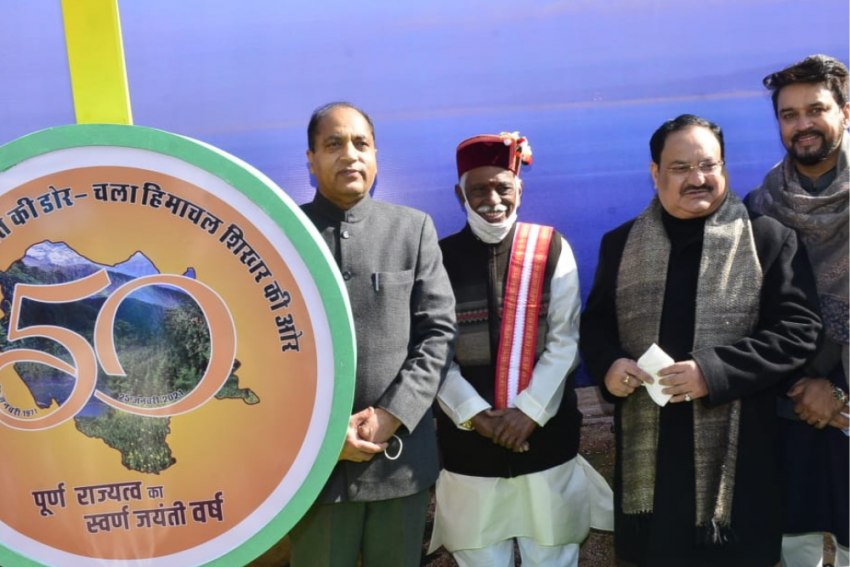 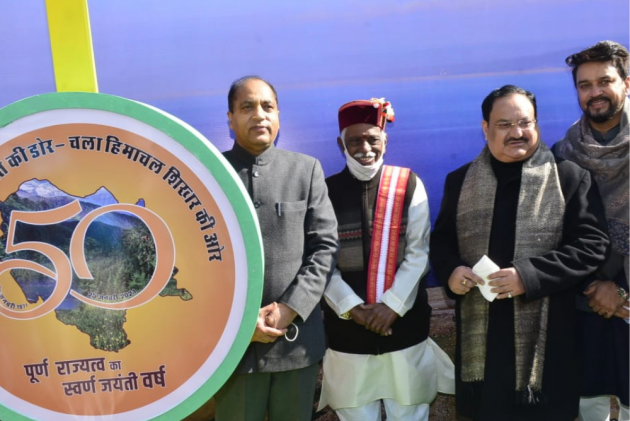 “Today, we can proudly say that state is emerging as a leading developed state, competing with big states in all the spheres of its impressive growth. The credit for this goes to successive governments and help extended by the central leadership,” Nadda said while addressing the golden jubilee function organised at Shimla’s historic Ridge.

It was former Prime Minister Indira Gandhi who had addressed the first function to confer statehood on January 2, 1971, here.

Nadda recalled this day saying he was an 11-year-old boy and his uncle explained to him what statehood would mean to Himachal Pradesh and today, he (Nadda) can tell the people of the country as how the state has changed during the past 50 years.

“It feels good to be called a Himachali. We are known for simplicity, honesty and hard work. We are the number one state in the country .Yet we cannot sit pretty on our laurels as development is a continuing process so that the generations will recall how best we had contributed to the state’s progress,” he added.

Himachal had surged ahead in the field of health, education or infrastructure development. Some of the biggest projects in the health sector and infrastructure have come to the state to change the fate of the people and provide healthcare facilities, drinking water and road connectivity.

“I don't want to cast aspersions on anyone but I can tell Rohtang Tunnel work had stopped after Vajpayee had laid the foundation stone for an approach road. There was no progress for years. But after Prime Minister Narendra Modi's serious interest in the project, Atal Rohtang Tunnel took shape and has become the biggest landmark not only for Himachal Pradesh but also benefiting the Indian Army, Nadda said.

He said Modi also has restored the special category status to the state, which was withdrawn due to adverse report of the Finance Commission. Now, when the 15th Finance Commission gives its report , Himachal Pradesh will definitely get the most favourable package to give a boost to the state's development. Prime Minister Modi is fully committed to help the state, he said.

Nadda said the people of the state must also do a lot of introspection as to how such a development had become possible and try to identify themselves with rich culture and traditions proudly.

“People call us simple and we should take pride in it and never give up this character. Wherever I go, I try to maintain my Himachali simplicity and this is quite heart touching. I sometimes also get emotional. This is our quality,” said Nadda.

Chief Minister Jai Ram Thakur traced the 50-year development as a golden period of Himachal Pradesh. He said Prime Minister Narendra Modi will be invited to the state soon as the government has planned 51 events during the year to celebrate the golden jubilee and make the younger generations aware as how such development was made possible and who were the people behind it.

Earlier, Nadda also released a postal stamp on HImachal Pradesh's golden jubilee and a coffee table book -- Himachal Now and Then --- to mark its 50-year journey.