Footage recovered from a CCTV camera shows a car reeling off the road and plunging onto the footpath, toppling the pedestrians. 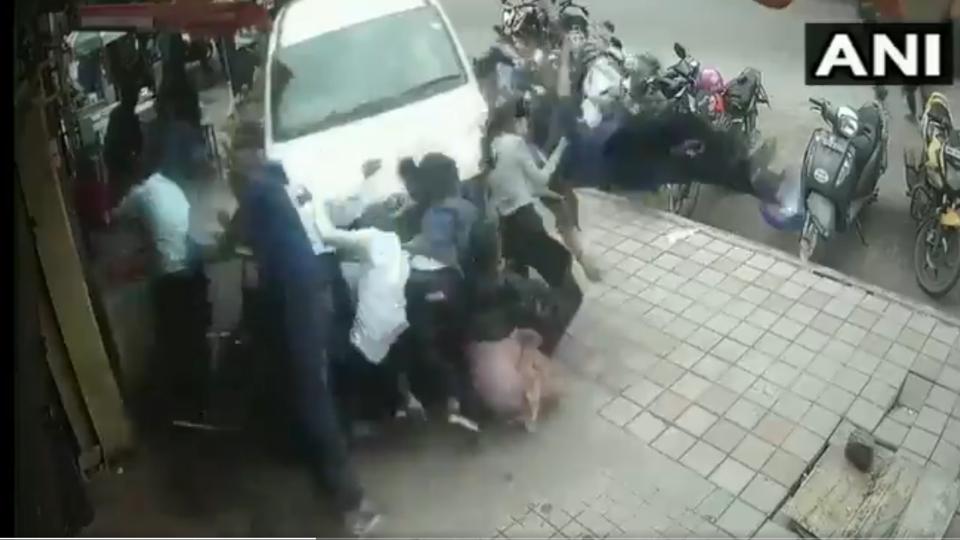 A car rammed into pedestrians after the driver lost control of the vehicle and ploughed it onto the pavement in Bengaluru on Sunday.

The accident happened at 3 pm in front of a busy hotel in the city, The Hindu reported. Seven people were injured in the accident.

The man behind the wheel has been identified as Rajendra and was allegedly in an intoxicated condition and lost control of the vehicle. The driver has been taken into police custody.

“He lost control and drove into the people outside the hotel. The front portion of the hotel was also damaged,” said a senior police officer was quoted as saying by The Hindu.

Footage recovered from a CCTV camera shows a car reeling off the road and plunging onto the footpath, toppling the pedestrians.

#WATCH Bengaluru: A drunk person drove his car over pedestrians on a footpath at HSR Layout locality. The driver was taken into police custody & injured were admitted to hospital. Case registered. #Karnataka pic.twitter.com/mmS8e69MPw

Two of the injured, are in critical condition and the remaining five have sustained minor injuries, the police officer said.