US Lawmakers Express Concern Over Human Rights Situation In Kashmir

The lawmakers, including Indian-American Congresswoman Pramila Jayapal, aired their concerns during a Congressional hearing on 'Human Rights in South Asia: Views from the State Department and the Region'. 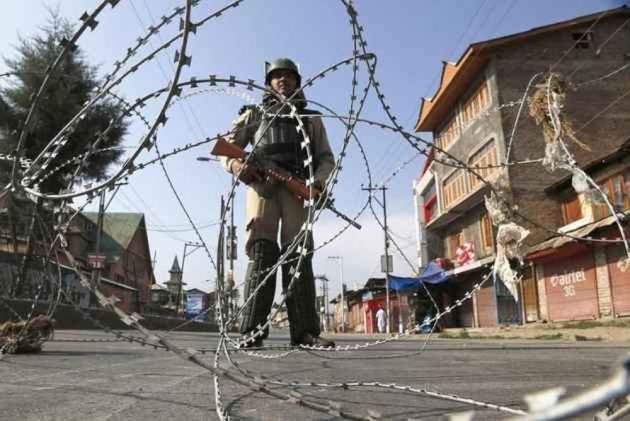 Influential American lawmakers on Tuesday expressed concern over the situation in Jammu and Kashmir after the abrogation of the special status of the state and said that as the world's largest democracy India needs to uphold its commitment to human rights.

The lawmakers, including Indian-American Congresswoman Pramila Jayapal, aired their concerns during a Congressional hearing on 'Human Rights in South Asia: Views from the State Department and the Region'.

India on August 5 abrogated Article 370 of the Constitution and bifurcated Jammu and Kashmir state into two Union Territories, triggering a strong reaction from Pakistan, which downgraded its diplomatic ties and expelled the Indian envoy.

However, India as the world's largest democracy and a critical ally for the US, needs to uphold its commitment to human rights, she said.

The first Indian-American lawmaker in the US House of Representatives, Jayapal said she has expressed her concerns over the human rights situation in Kashmir with the Indian government but also publicly and to the media.

Jayapal referred to a report about detention of dozens of children in Kashmir and said detention without charges is unacceptable. She expressed her concerns about religious freedom in India and said that she proposes to bring a bipartisan resolution in the Congress.

Congresswoman Ilhan Omar, who has been highly critical of India on Kashmir, said partnership with India is strategic but is also based on common values of human rights and democracy. The government of Prime Minister Narendra Modi and the BJP has threatened all these values, she alleged.

Assistant Secretary of State for South and Central Asia Alice Wells disagreed with the characterisation of the Somali-origin lawmaker.

The US has a strong and deep relationship with the Modi government, Wells said as she referred to the democratic process adopted by the Indian Government in abrogating Article 370 of the Indian Constitution that gave special status to Jammu and Kashmir.

Congressman Brad Sherman, Chairman of the Subcommittee on Asia, the Pacific, and Nonproliferation of the House Foreign Affairs Committee, in his opening remarks said that the entire world is focused today on what is happening in Kashmir.

Expressing concerns over the human rights situation in Kashmir, Sharman said that there are severe restrictions on freedom of movement and communications.

Responding to a question from Sherman about Senator Chris Van Hollen who was barred from travelling to Kashmir, Wells said that so far US government officials have not been able to visit Kashmir to get a first-hand information of the situation on the ground. But it has maintained contact with the government, civil societies and the members of the press, she added.

In response to another question from Sherman, Wells said that the US regards the Line of Control (LoC) as the de-facto line of separation. As such, the US recognises the de-facto administration on both sides of the LoC.

Fitzpatrick said the goal of the US should be to uncover the truth. She also called for a classified hearing on threats from terrorists from Pakistan in Kashmir.

There have been reported case of difficulties on health care issues because of the restrictions on movement and communications. The US is reaching out to engaging a wide section and make a case for a political roadmap in Jammu and Kashmir.

Spanberger, who represents Central Virginia, wanted to know how the US is getting information from Kashmir as she is receiving two conflicting accounts from the state.

Appreciating the concerns expressed by lawmakers, Wells said the US has seen gradual improvement on the ground. But there is real hardship among the people, she said. Hundreds of people remain under detention, she added.