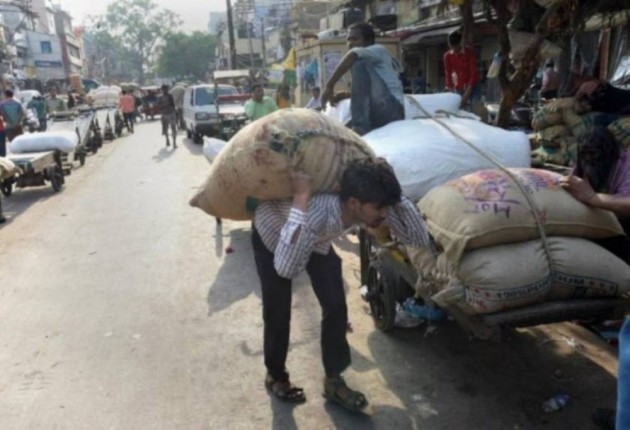 State governments in Uttar Pradesh and Madhya Pradesh, both led by the Bharatiya Janata Party (BJP), have made changes to various labour laws to revive their economies.

Economic activities have come to a grinding halt amid the Covid-led lockdown.

The UP government's decision to approve the ordinance was taken on Wednesday in a Cabinet meeting chaired by CM Adityanath.

The step aimed at reviving and boosting various businesses and industries has been taken because they have more or less came to a halt due to the national lockdown, the spokesman said.

The ordnance has been sent to Governor Anandi Ben Patel for her assent, said sources.

There is a need to give impetus to industrial and economic activities and create more investment opportunities besides bringing back the existing industry back on track, the spokesman said.

The state Cabinet chaired by the chief minister had given its nod to the Uttar Pradesh Temporary Exemption from Certain Labour Laws Ordinance, 2020 to exempt factories, businesses, establishments and industries from the purview of all, except three labour laws and one provision of another Act for three years, the spokesman said.

Some labour laws, however, would continue to prevail, he said adding the labour laws provisions related to women and child will continue to exist along with the Bonded Labour System (Abolition) Act, 1976, Building and Other Construction Workers Act 1996, Section 5 of the Payment of Wages Act, 1936 and Workmen Compensation Act 1923 .

Chouhan, on the other hand, said Madhya Pradesh will be the first in the country to introduce an innovative initiative to give some major concessions to industries and to promote cooperation between factory owners and workers.

He said post-Corona working has underlined the importance of social distancing. To reduce crowds in in the markets, business hours for shops will be revised from 6 a.m. to 12 in the night instead of 8 a.m. to 10 p.m. Notification for this has been issued.

Shifts in factories have been extended from 8 hours to 12 hours. Factory owners will now be able to regulate the shifts. However, after 8 hours it will be optional for the workers to continue working. A labourer will be able to work overtime for 72 hours a week, but the workers will have to be paid accordingly. Notification for this has been issued.

A provision has been made to get factory license renewal now in ten years instead of one year. License will be issued for the entire duration of the contract instead of one calendar year.

Chouhan said that by amending the Mandi Act in Madhya Pradesh, farmers have been given the facility to sell crops from home. They can opt to sell crops in private mandis. Farmers will get good prices as competition increases. The interests of workers in the state will be not be compromised.