Presenting the Union Budget for 2020-21, Sitharaman said it is aimed at boosting income and purchasing power of people. 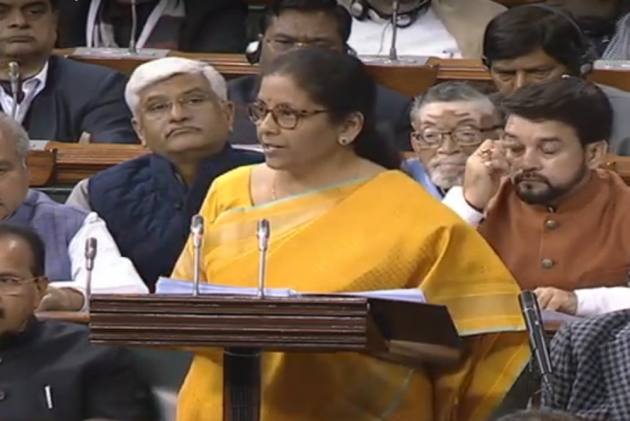 Delivering her second budget speech, Finance Minister Nirmala Sithraman on Saturday said the fundamentals of the economy were strong and inflation had been well contained, adding the banks gad cleaned up accumulated loans.

Presenting the Union Budget for 2020-21, she said it is aimed at boosting income and purchasing power of people.

India is now the fifth-largest economy in the world and the Central government debt has reduced to 48.7 per cent of GDP from 52.2 per cent in March 2014, the finance minister said.

A simplified return format for GST is being introduced from April 2020, Finance Minister Nirmala Sitharaman said on Saturday.

She said GST has resulted in gains of Rs 1 lakh crore to consumers and removed inspector raj and also helped the transport sector.

"Average household now saves 4 per cent in monthly expense after the rollout of GST," Sitharaman said, and added that the Budget for 2020-21 aims to fulfil aspirations of people.

India has uplifted 271 million people out of poverty, Sitharaman said.

The finance minister said the Budget for 2020-21, is woven around aspirational India, economic development and caring society.

The government aims to achieve seamless delivery of services through digital governance, she added.

"We shall strive to bring ease of living for every citizen," Sitharaman said.