British Foreign Secretary Dominic Raab’s visit is primarily to work out details with foreign minister S. Jaishankar the deliverables for the January visit 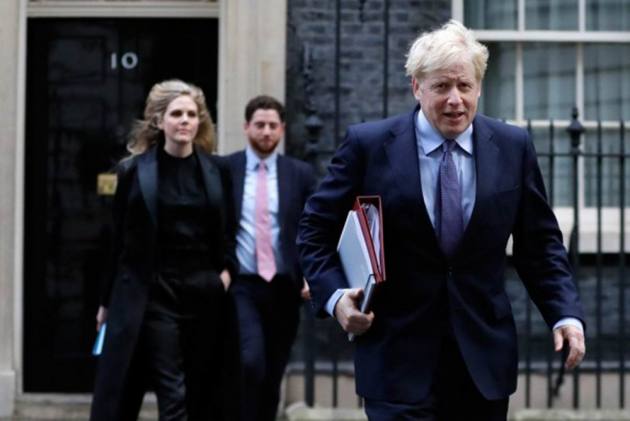 British Foreign Secretary Dominic Raab confirmed on Tuesday that Prime Minister Boris Johnson will be the chief guest at India’s Republic Day celebrations on January 26. Though it was well known that a formal invitation had gone out, New Delhi had not officially confirmed it earlier.

Raab’s four-day visit is primarily to prepare and work out details with foreign minister S. Jaishankar the deliverables for the January bilateral between Prime Minister Narendra Modi and his counterpart Boris Johnson. Agreements and MoU were possibly finalised as no major trip happens without signing a few bilateral pacts.

The British minister said that Johnson was ``honoured’’ by Prime Minister Narendra Modi’s invitation. This will be Boris Johnson's first major bilateral visit since taking office. Thanks to the pandemic there was little scope for travel this year with countries switching instead to virtual mode. A notable exception was the 2+2 dialogue, when US secretary of state Mike Pompeo and former defence secretary Mark Esper travelled to Delhi for meetings with S. Jaishankar and defence minister Rajnath Singh.

Johnson will be the second UK leader to attend Republic Day celebrations in Delhi. John Major had been invited to do the honours on earlier. In turn, Johnson has invited Modi to the G-7 Summit which will be held in the UK next summer. India will attend in the capacity of a guest country.

Boris Johnson, an ardent supporter, indeed one of the prime movers of Brexit, is keen to work out bilateral trade agreements with major countries, considering the cushion provided by EU for British goods is no longer available. Johnson is keen to work out a major trade deal with India. However, foreign minister S. Jaishankar and  Dominic Raab did not go into details about a possible free trade agreement.

Having walked out of the China-led RCEP, New Delhi is equally keen to wrap up a major trade deal with Britain. Dominic Raab tweeted soon after the meeting with his Indian counterpart: ``The UK and India are reinforcing our partnership as a force for good in a changing world. And on trade he was more forthright than at the joint newsconference : `` @DrSJaishankar and I agreed to work together to deliver an Enhanced Trade Partnership to unlock the huge potential for British and Indian businesses and jobs.’’

So there will be frenetic trade negotiations next year and the tone will be set during talks between Modi and Johnson in January. India-UK bilateral trade is``…. at most £24 billion and grew by 11% in the last financial year. UK-India investment supports over half a million jobs in each other’s economies,’’ a British High Commission statement said. As a major economic and diplomatic power in the Indo-Pacific, closer UK-India economic, security and scientific ties will boost growth and create jobs for Britons and Indians and bring together both countries’ expertise as science superpowers to advance the frontiers of medicine and research. The UK is keen on closer UK-India relationship as part of a wider UK focus on the Indo-Pacific.

India and UK ties have generally been smooth with close people to people contact. In the past, the Labour governments had been critical of India’s human rights record and had questions on Kashmir. Recently some 36 British MP’s had written to Dominic Raab on the farmers protest in India, saying they were concerned and wanted to  “discuss the deteriorating situation in the Punjab and its relationship with the Centre”. Most of the lawmakers were from the Labour party. Britain’s Conservative government is unlikely to raise any questions on either Punjab or Kashmir.