Two bogies of the Lucknow-Kanpur MEMU train derailed at the Kanpur railway station on Wednesday morning. 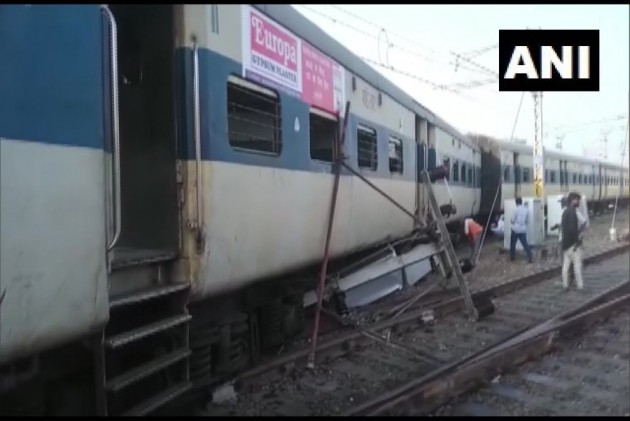 However, there was no report of any casualty, North-Central Railway PRO Amit Malviya said.

The local MEMU train (no. 64201), on its way to Kanpur from Lucknow, was arriving on platform number 3 of the Kanpur railway station when two of its bogies derailed around 7.30 am, Malviya said.

Since the train was at a low speed at the time of the accident, there was no injury and all the passengers had de-boarded, he said, adding that efforts were on to remove the derailed bogies.

An inquiry was ordered into the incident, Malviya said, adding that senior officials were present at the station.