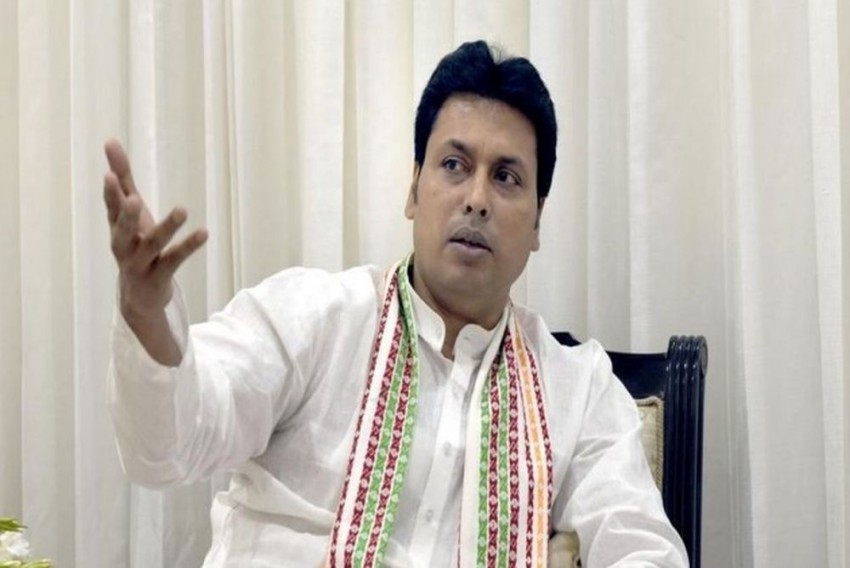 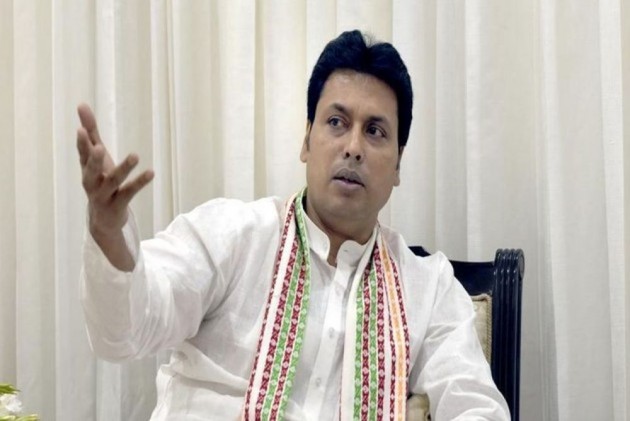 Tripura Chief Minister Biplab Deb, often in the news for his outrageous faux pas, has done much to turn his northeastern state into a drugs-free zone since he took charge in March last year. This week, the state police destroyed cannabis worth Rs 4 crore.

On Tuesday, a consignment worth Rs 1 crore, seized from Jirania and Agartala airport police stations, was destroyed.

A day later, a consignment worth Rs 3 crore seized from North Tripura was destroyed in Bodhjungnagar Industrial area with much fanfare.

The consignment weighed 5,957 kg and was on its way in trucks to Bihar and Uttar Pradesh.

Tripura DGP A.K. Shukla, who has closely supervised the relentless offensive against drugs, said: “Since the new government came to power in Tripura 11 months back, we have launched a massive drive against all sorts of narcotics. It is part of Chief Minister Biplab Kumar Deb's vision of a drug-free Tripura."

The cough syrup is peddled in Bangladesh while the Burmese Yaba tablets come to Tripura from Bangladesh.

Yaba is the Burmese rendering of amphetamine, and the tablets are mostly manufactured in Myanmar's Wa (an ethnic group) dominated region. Myanmar watcher Andrew Marshall has described the Was as "Speed Tribe", as Yaba is called Speed in the West.

Tripura had not only emerged as a key area for cannabis cultivation during the two-decade-long Left rule but also became a key route for the two-way drug trade -- of cough syrup into Bangladesh and Yaba from there.

Nearly 100 alleged drug dealers were killed and more than 7,000 alleged peddlers were arrested with millions of Yaba tablets, heroin and cough syrup bottles.

Western human rights groups and Hasina's domestic detractors, however, have alleged that the Bangladesh government was eliminating political opponents under the cover of the anti-drug offensive.

One ruling Awami League MP from Cox's Bazar, Abdul Rahman Badi, fled the country in June but the party gave nomination to his wife after being forced to drop him over his alleged links to drug trafficking.

Tripura, a small 10,039 sq km state, is encircled on three sides by Bangladesh and is three hours by train from its capital Dhaka and main port city Chittagong.

Deb blames his Left predecessors for allowing Tripura to become a haven for drugs.

"Failing to generate employment, the Left allowed our state to become a drug-dependent economy. The drug mafia funded the Left, farmers shifted to cultivation of cannabis and young men took to drug peddling. I will not allow that to continue," Biplab Deb told this reporter.

The Chief Minister said his government would push farmers with incentives to return to gainful cultivation of cash crops and get the youth to seek work in self help schemes, especially dairy, poultry and animal husbandry.

He declared his mission for a drugs-free Tripura.

“Under this vision we launched a very massive drive for seizure of all sorts of narcotic drugs, including ganja, Yaba tablets, cough syrups, and heroin. We have achieved tremendous success in our operations,” Director General of Police A K Shukla said.

He added, “In Bodhjungnagar industrial area we destroyed ganja or marijuana seized from North district, and the total quantity was 5,957 kg, worth approximately Rs 3 crore.”

The consignment of marijuana destroyed on Wednesday was seized by the police of North Tripura district adjoining neighbouring Assam, through which landlocked Tripura, surrounded by Bangladesh on three sides, is connected to mainland India.

The marijuana was headed for Bihar or Uttar Pradesh either by road or train.

During the last 11 months after the new BJP-Indigenous People's Front of Tripura (IPFT) government came to power uprooting the 25 year-old Left Front rule in Tripura, the state police along with other security agencies and Border Security Force (BSF) till the third week of January 2019 made massive seizures of narcotics.