Party sources said that Chief Minister Biplab Kumar Deb is likely to expand his cabinet next week on returning from Shillong where he will meet union Home Minister Amit Shah. 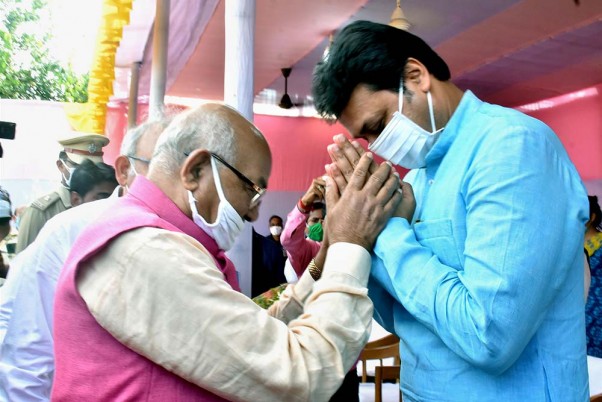 According to officials in the Governor house the meeting went for around 25 minutes and it is said that the discussion was regarding expansion of the cabinet.

However, Deb in his tweet said, “Had a fruitful discussion on various developmental matters for #Tripura.”

After completing three year and four months in office, the BJP-IPFT government in Tripura led by Deb is likely to reshuffle and expand in the form of recent expansion of the union cabinet under Prime Minister Narendra Modi.

Since more than a year there have been whispers about expansion in Deb’s cabinet and Deb himself has been overloaded with maximum number of ministries.

Recently the Chief Minister was on a five-day tour to New Delhi during which he had a series of meetings with PM Modi, union ministers and senior BJP leaders.

Party sources said that Deb shall expand his cabinet next week on returning from Shillong where he will meet union Home Minister Amit Shah.

The Chief Minister along with the Chief Secretary and DGP left for Guwahati today by air at 2.15 PM and from there they shall go to Shillong.

At present there are four vacancies in the Tripura cabinet. While three seats have been vacant since the government came to power in March 2018 and later in 2019 one more was added after the exit of former Health Minister Sudip Roy Barman.