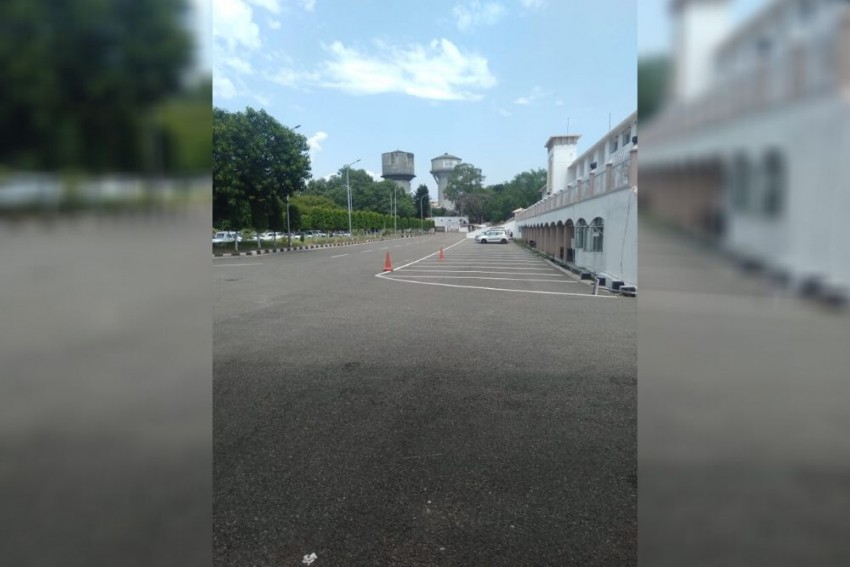 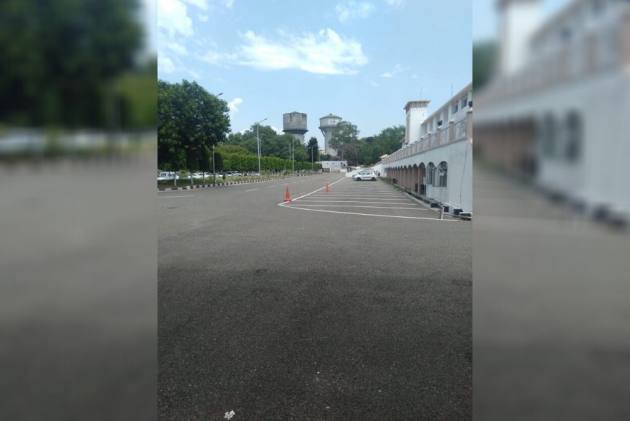 The civil secretariat in Jammu on Tuesday recorded thin attendance as most of the senior officers went into quarantine after a senior IAS officer tested positive on May 30.

Principal Secretary to Government, Dheeraj Gupta, who has been in Srinagar and Jammu, attending several high-level meetings, tested positive for Coronavirus, forcing several officers -- most of them top brass in J&K administration -- intoself-quarantine.

Government spokesman Rohit Kansal told Outlook that after an IAS officer has tested Covid-19 positive, he was moved to a hospital in Jammu and as per protocol, all his contacts have gone into self-quarantine.

However, the government is being accused of violating the norms as it preferred self-quarantine for close contacts of the IAS officer instead of mandatory institutional quarantine.

This in contrast to the government’s rules and regulation for public, who are asked to observe the necessary preventive protocols for containing the spread of Covid-19 pandemic and also warned that any violation of the instructions will attract penalties under the Disaster Management Act-2005.

The government, however, says contacts can be placed in home quarantine and there is no violation involved there. "Only returnees are to be in adminstrative quarantine till their results arrive," said an official.

Gupta, who was also Nodal Officer to oversee arrangements for returning stranded passengers, had returned to the Valley on May 23 from Delhi.

A day later, on May 24, he reviewed the facilities at Srinagar airport and finalized the SOP for receiving and facilitating the returnees. Among other officers, the review meeting was attended by Divisional Commissioner Kashmir P K Pole, Secretary Tourism Zubair Ahmad, Deputy Commissioners of Srinagar and Budgam, Director Srinagar Airport, Commissioner SMC, Director Health Service Kashmir, Director Industries, officers from Army and Paramilitary forces and senior police officers.

All these officers have gone into self-quarantine after Gupta tested positive.

Dr. Sameer Matoo said all those who were in contact with the IAS officer concerned have gone into quarantine. “I am also in home quarantine,” Dr. Sameer Matoo told Outlook. He said they haven’t tested any official so far.

On May 29, in Jammu, Gupta participated in a meeting chaired by Chief Secretary BVR Subrahmanyam. The meeting was attended by senior officers and lasted for around four hours. The officers, including Financial Commissioner, Health and Medical Education, Atal Dulloo, Principal Secretary, Power and the government’s spokesperson Rohit Kansal, Director Health Services, Jammu, Managing Director, J&K Medical Supplies Corporation, and others have now gone into self-quarantine. The officer had also held meeting with other senior officers including officials of the Health and Medical Education Departments, Government Medical College Principal. They also into home quarantine. The Chief Secretary is putting up at a hotel in Jammu.

On May 24, advisor to Lieutenant Governor Rajeev Rai Bhatnagar went into self-quarantine after two of his family members, on their arrival from New Delhi, had tested positive for Covid-19.

On Monday, 155 new positive cases of Covid-19 were reported in J&K, taking the total number of cases to 2601. Also, three COVID-19 deaths, one from Jammu division and two from Kashmir division, were reported.