'We can neither openly vouch for nor oppose it (Shah's statement). If we support it then we will be branded anti-Bengalis and anti-Bengali language,' a BJP leader in West Bengal said. 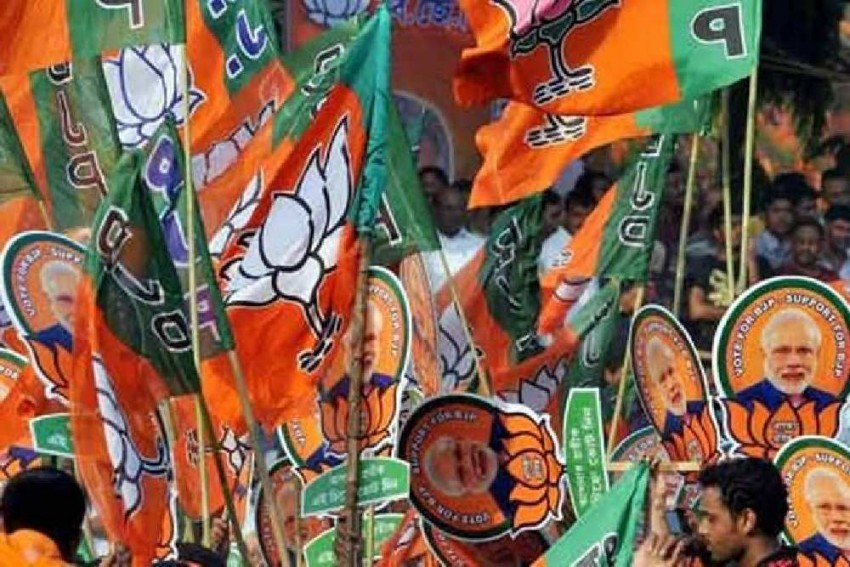 BJP party president Amit Shah said that if any language could unite the country, it is Hindi that is spoken the most.
PTI Photo
Outlook Web Bureau September 16, 2019 00:00 IST To Support Or Oppose Amit Shah's Hindi Push? Bengal BJP In A Fix 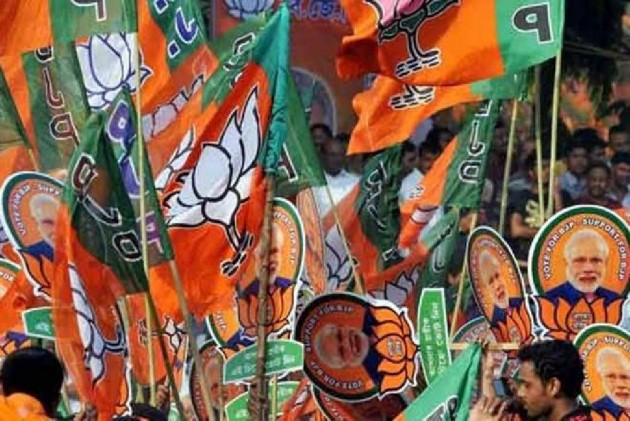 The West Bengal BJP is in a fix over party president Amit Shah pitching for Hindi and is unable to openly support the statement fearing that it might dent the party's increasing mass base in the state.

The state BJP unit is apprehensive that the issue might snowball into a major political slugfest as Trinamool Congress went hammer and tongs on Shah's Hindi Divas tweet accusing the saffron party of pushing its policy of imposing Hindi, sources in BJP said.

Shah had on Saturday pitched for a common language for the country and said Hindi can unite the whole country.

"Actually we can neither openly vouch for nor oppose it (Shah's statement). If we support it then we will be branded anti-Bengalis and anti-Bengali language, and this might have an adverse impact on our expansion in the state. Besides, opposing Amit Shah's statement is not possible for us," a senior state BJP leader said.

Recollecting that the Bengali-non Bengali issue had cost BJP dear during the final phase of April-May Lok Sabha polls in West Bengal, another senior party leader said, adding it had drawn a blank in the nine seats that went to polls then.

"We won seats in Bengal in the first six phases. But in the final phase, we failed to win even a single seat because of this Bengali and non-Bengali issue, which was milked by TMC after the vandalism of Ishwar Chandra Vidyasagar's statue on May 14," the BJP leader said.

The TMC goons had vandalized the statute of Ishwar Chandra Vidyasagar, who was the key figure in the Bengal Renaissance and blamed BJP for it, he claimed. The TMC then made it out as an assault on Bengali culture and heritage against the "non-Bengali culture" of BJP, he said.

Bengal BJP president Dilip Ghosh told PTI: "It has nothing to do with the imposition of Hindi. He (Amit Shah) had just said that there should be one language which would be India's identity globally and unite the country. He had not said anything against any other language. The opposition is only trying to make an issue out of it."

BJP national secretary Rahul Sinha echoed what Ghosh and said that TMC should stop shedding crocodile tears over Bengali language as the Mamata Banerjee government had tried to impose Urdu language on Bengali schools in the border districts of Bengal.

"It is a ploy by the TMC to misguide the masses. The BJP is neither against Bengali language nor Bengali culture. On the other hand TMC had tried to impose Urdu in schools in bordering areas to appease the Muslim community," Sinha said.

He was referring to the killing of two former students of a school in Islampur in North Dinajpur in a clash between protesters and police in September 2018 over the recruitment of Urdu and Sanskrit teachers for the school despite demands for mathematics and science teachers.

The union home minister had also said efforts would be made to expand Hindi to different parts of the country and asked everyone to use their native languages as much as possible.

He had said that if any language could unite the country, it is Hindi that is spoken the most.

Shah's comment has been opposed by political parties in south India and Trinamool Congress in Bengal, who felt this is nothing but an effort to impose Hindi in the country.

The TMC leadership claimed that "the cat is out of the bag" and BJP's agenda of imposing Hindi has come out in the open.

"TMC will never allow this to happen in Bengal," they said.

"We should respect all languages and cultures equally. We may learn many languages but we should never forget our mother tongue. BJP is trying to impose Hindi across the country. We should oppose it. We are proud of our language and heritage," TMC general secretary Partha Chatterjee said.

The BJP in the last few years has made deep inroads in Bengal and has come up as the main challenger of the ruling TMC by pushing Congress and Left Front to distant third and fourth positions respectively.

The BJP in 2019 Parliamentary elections bagged 18 out of the 42 Lok Sabha seats in the state, just four less than the ruling TMC. The TMC's tally has come down from 34 in 2014 to 22 seats in this election.

The saffron camp is now aiming 2021 assembly polls in Bengal.