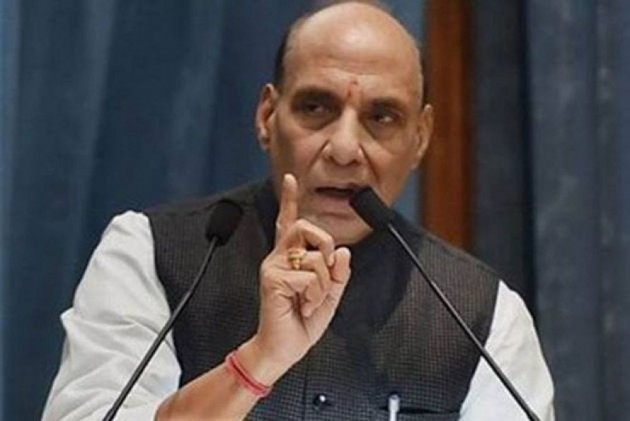 The defence minister, in his brief address, referred to the situation along India's borders with Pakistan and China.

"You are well aware of the situation created along our northern and eastern borders. First Pakistan, and now also by China, as if a border dispute is being created under a mission. We have a border of about 7,000 km with these countries, where the tension remains," he said.

The defence minister said, under the "visionary" leadership of Prime Minister Narendra Modi, India is not only facing these crises strongly, but is also bringing major and historical changes in all the areas.

Most of the 44 bridges, including seven in Ladakh, are in strategically important areas and they will help the armed forces in ensuring the quick movement of troops and weapons, officials said.

The defence minister also symbolically laid the foundation stone of the Nechiphu tunnel in Arunachal Pradesh at the virtual event.

The inauguration of the bridges built by the Border Roads Organisation comes at a time when India is engaged in a standoff with China in eastern Ladakh.

Singh sad construction of the bridges will benefit both the civilian population as well as the military in the areas.

"Our armed forces personnel are deployed in large numbers in areas where transport is not available throughout the year," he said, noting improvement in border infrastructure will significantly help armed forces.

"These roads are not only for strategic needs, but they also reflect equal participation of all stakeholders in the development of the nation," Singh said.

The defence minister also complimented the Border Roads Organisation (BRO) for working tirelessly even during the coronavirus-triggered lockdown period.

"The BRO has continued operations in the North Eastern States, Uttarakhand, Himachal Pradesh and union territories of Jammu and Kashmir and Ladakh. BRO continued its work while ensuring that snow clearance is not delayed at remote locations," he said.

"I am happy to know that over 2,200 kilometers of roads have been cut by the BRO during the last two years, using the latest technologies, and state-of-the-art equipment. Also, surfacing was carried out on about 4200 km of roads," he added.

Amid the border standoff with China, India is expediting work on several key projects including on a strategic road linking Darcha in Himachal Pradesh with Ladakh that will criss-cross a number of high-altitude snow-bound passes.

The nearly 290-km-long road will be crucial for the movement of troops and heavy weaponry into the frontier bases of the Ladakh region and will provide a crucial link to the Kargil region.

Teenage Girl Accuses Father And Boyfriend Of Raping Her