Banerjee, who is the TMC MP from Diamond Harbour of West Bengal, was on a visit to Tripura where he said that the state had replaced 'thieves' for 'dacoits'. 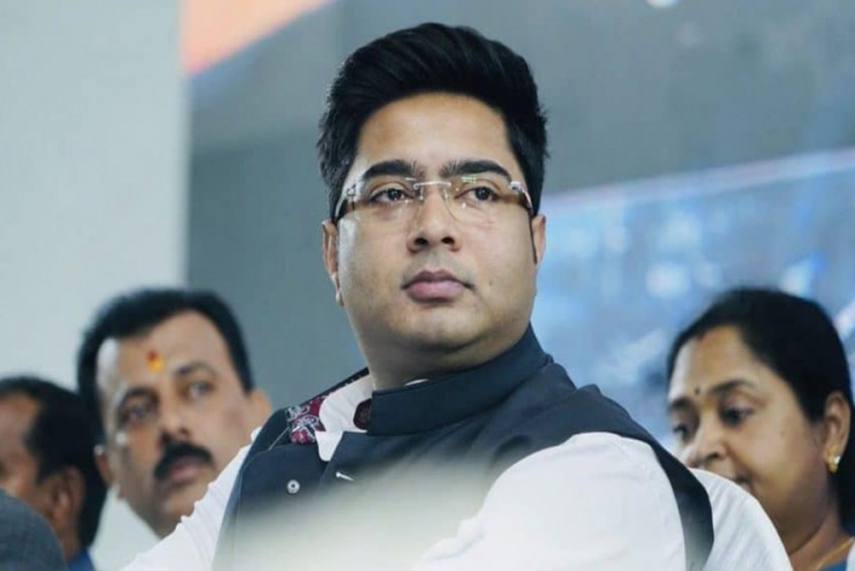 Cautioning Tripura Chief Minister Biplab Kumar Deb against the attack on a single supporter of his party in the state, Trinamool Congress' all India general secretary Abhisekh Banerjee said that the reverse count of BJP government in Tripura has started from today.

The declaration was made during a press conference in a hotel in Agartala after returning from Udaipur where Banerjee offered his prayer to Mata Tripurasundari.

The TMC leader alleged that the CM of Tripura, on one hand, says ‘atithi devo bhavah’ (guests are like gods) but on the other hand leaves BJP supporters to attack his vehicle with sticks and rods, which proves that the party in power here is very scared of the TMC.

Mamata Banerjee's Speech To Be Broadcast On Large Screens Across Tripura

Banerjee, who is the TMC MP from Diamond Harbour of West Bengal, was on a one day visit to the state following the ‘home arrest of 23 IPAC team members who had come to Tripura on a TMC assignment for ground survey’.

He alleged that on the way to Udaipur his convoy was attacked at various spots by "BJP goons".

BJP supporters raised ‘go back' slogans at more than ten places and stopped his convoy multiple times. It took the convoy more than two hours to cover the distance of about 60 km which otherwise takes between 50 minutes to one hour.

Abhishek further alleged that police personnel were present in all those spots but remained mere spectators.

The TMC leader added that CM Deb, also the Home Minister of the state,  took part in several political rallies in West Bengal during the elections without facing any hurdle. However, the treatment meted out to others visiting Tripura from outside reflected the condition of democracy in the state.

In presence of senior Ministers Malay Ghatak, Bratya Basu and other leaders, Abhishek said that the Left and Congress were no more strong forces in Tripura. He appealed to supporters of those parties to join hands with the TMC and become part of the Opposition against BJP.

The TMC GS further appealed to all anti-BJP forces to form an alliance with TMC so that BJP can be stopped from coming back to power in the 2023 assembly election in Tripura.

Abhishek alleged that before coming to power, the BJP had promised many things but kept none. Now people of the state are realizing that they have replaced thieves (Left Front) with dacoits (BJP), he added.

The TMC leader also said that several Tripura MLAs including those belonging to the ruling BJP were not only in contact with the TMC but also took part in meetings with them. However, he refrained from naming them at the moment.

In a challenge to the ruling government, Abhishek further said that if TMC can immediately topple the Biplab Deb government in Tripura if it wanted. But, he added, unlike the BJP, TMC did not believe in toppling an elected government.

Abhishek said that TMC has targeted Tripura and if required he and other leaders from Bengal shall visit Tripura every week. He, however, maintained that the face of the new government in Tripura under the TMC post the 2023 election will be someone from the state. Unlike the present government under CM Deb, it will not be a remote control government operated from Delhi or Gujarat.

Promising to return to Tripura for another trip to set up the organisational infrastructure of TMC in the state, Abhishek challenged Deb to stop him if he can.