Thirteen wagons of one of the trains and an engine jumped off the tracks following the collision. 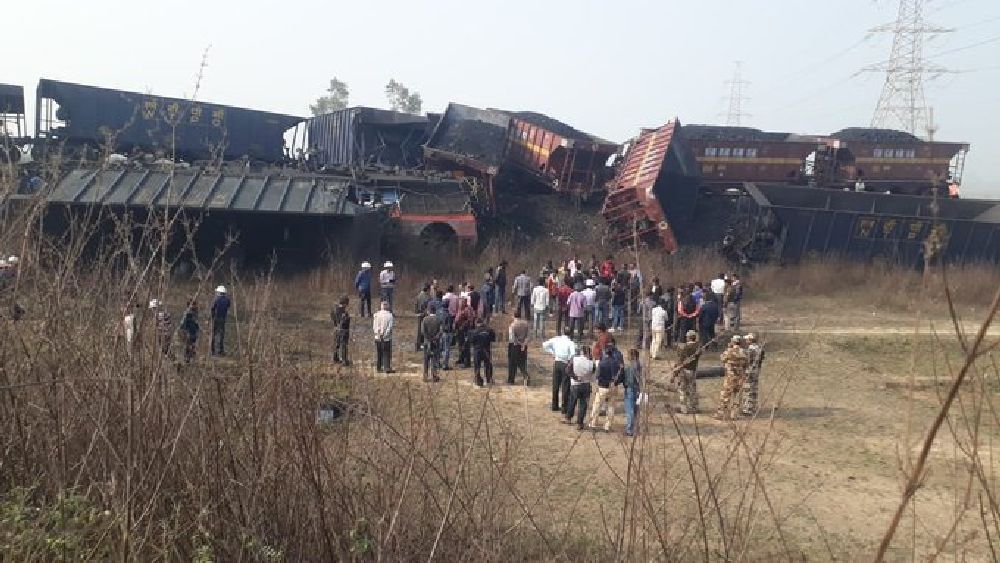 The mishap took place around 4.40 am when a coal-laden train heading towards Uttar Pradesh from Amlori mine in Madhya Pradesh collided with an empty goods train near Ghanhari village, located around seven km from here, Singrauli's Additional Superintendent of Police Pradeep Shende said.

Thirteen wagons of one of the trains and an engine jumped off the tracks following the collision.

Three bodies have been pulled out from the engine so far, the official said.

The deceased were yet to be identified, he said, adding that as per initial findings, the bodies might be of two drivers and a points-man.

The track on which the accident occurred is managed by the National Thermal Power Corporation (NTPC) for coal transportation from Madhya Pradesh to Uttar Pradesh, Shende said.

Initially, it appears the accident might have occurred either due to an error on part of the drivers or because of some fault in signalling, he said.

The mishap has not affected rail passenger traffic as it occurred on the track exclusively used by the NTPC to ferry coal for power generation, the official said.

Meanwhile, East Central Railway's Chief Public Relations Officer (CPRO) Rajesh Kumar in a statement said the Indian Railways has nothing to do with the accident.

He said the accident took place in the Merry Go Round (MGR) system completely owned and operated by NTPC, Rihand.