Three Chief Ministers Oppose Citizenship Act. But Can They Stop Its Implementation?

Kerala Chief Minister Pinarayi Vijayan has even equated the CAB with Hitler’s 'divisive measure' in Germany. 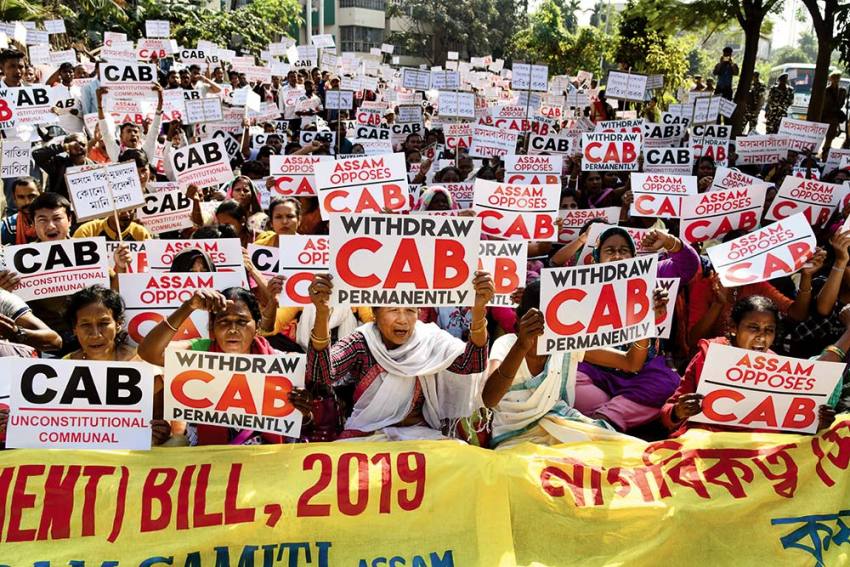 The contentious Citizenship (Amendment) Bill, 2019 (CAB) – that has now become an Act -- had a smooth sail in both Houses of the Parliament. While parts of the Northeast have erupted in violent protest against the CAB, the heads of three other states – Kerala, Punjab and West Bengal – have also pledged not to let the Act be implemented.

The Act provides for citizenship to non-Hindus of Pakistan, Afghanistan and Bangladesh who fled religious persecution and settled in India before December 31, 2014.

Chief Minister Mamata Banerjee has been vocal against the implementation of the Citizenship Act from the very beginning. Hindu refugees are a deciding factor in nearly 80 assembly seats in the West Bengal, whereas Muslims constitute a sizeable chunk of voters in around 90 constituencies. Apart from this, Hindu refugees are also spread in around 40-50 other seats, comprising in between 10 and 15 per cent of the electorate.

The refugees, who play a deciding factor in nearly 80 assembly seats spread across Nadia, Coochbehar, North and South 24 Parganas districts have been a major vote bank which all the political parties have tried to woo.

If and when the Act is implemented in the state, the winds may turn in the favour of the BJP.

West Bengal Chief Minister Mamata Banerjee, a strong opposer of CAB and the National Register of Citizens, said the Bill could not be imposed on the people under her rule in the state.

The southern state has also joined opposition to the CAB. Kerala has also witnessed several protests led by students and Congress-led UDF against the new legislation.

Chief Minister Pinarayi Vijayan has taken a firm stance against the implementation of the CAB in his state and termed the Act part of the Sangh Parivar's move to build a nation based on religion. “There is no place for such an unconstitutional law in Kerala. Such a law will not be implemented in the state,” Vijayan said.

Vijayan has even equated the CAB with Hitler’s “divisive measures” in Germany.

Chief Minister of Punjab, Captain Amarinder Singh, who was the only Congressman to hold his fort against the BJP’s wave in Lok Sabha elections, has also vowed to disallow the implementation of the CAB in his state.

Amarinder Singh has said the CAB is against secular values enshrined in the Constitution and asserted that his government would not allow the legislation to be implemented in his state.

"Congress, which has a majority in the State Assembly, would block the unconstitutional Bill in the House. My government, on its part, would not let the legislation rip apart the secular fabric of the country, whose strength lies in its diversity," the Punjab Chief Minister said.  He termed the CAB.

Citizenship is not a state subject, says Subhash Kashyap, a constitutional expert. He said in India, a state has no constitutional position with regard to the citizenship. “The rest is political posturing. They can challenge it in the court of law and the Supreme Court can decide if there is anything wrong with the law. The state government has no locus standi on the subject,” Kashyap says.

He adds that the state legislature has no role in matters of citizenship as far as the constitution is concerned.

Former Lok Sabha Secretary, P.D.T. Achary, seconds Kashyap. He says that everystate is required to implement it. “That’s the constitutional position. I do not know what the chief ministers have in mind when they say the states won’t implement it. The question is whether the state can go against the central law. It’s not possible under the constitution,” Achary says.

He adds that the Constitution requires every state to implement law passed by the Parliament.