'Some Want RSS And Not Gandhi As India's Symbol': Sonia Gandhi Attacks BJP

Attacking the ruling dispensation without outwardly naming the BJP, Sonia Gandhi said, 'Gandhiji's soul would be saddened by seeing the condition of India in the last four-five years.' 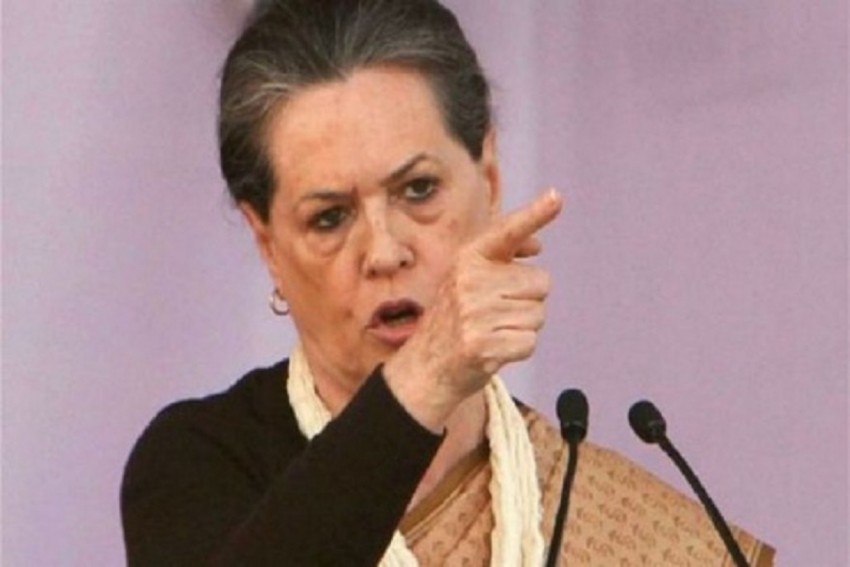 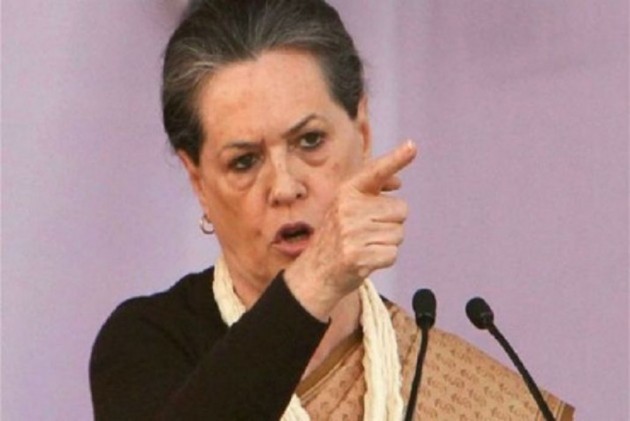 Congress president Sonia Gandhi on Wednesday, speaking on the Mahatma's 150th birth anniversary at Rajghat, launched a veiled attack on the BJP and said there are some people in the country who want the RSS and not Gandhi to become the symbol of India.

"India and Gandhiji are synonymous with each other. It is a different thing that some people are adamant on reversing this. They want the RSS and not Gandhiji to become the symbol of India," the Congress president said.

"I want to tell them clearly... there cannot be any thought except Gandhiji's all-inclusive system, that includes the composite culture, civilisation and society of India," she said.

Attacking the ruling dispensation without outwardly naming the BJP, Sonia Gandhi said, "Gandhiji's soul would be saddened by seeing the condition of India in the last four-five years."

"I want to tell those who decide the country's destiny that Gandhiji is a symbol of love not hatred, he is a symbol of harmony not confrontation, he is a symbol of democracy and not autocracy. No matter what others claim, the Congress is the only party that has followed the principles of Gandhiji and will continue to do so," she said.

She said those thirsty for power, or consider themselves supreme and indulge in the politics of falsehood cannot understand Mahatma Gandhi's ideals of truth, self rule and selfless service.

Addressing the gathering in Hindi, she said it is unfortunate that farmers are in poor condition, youth are struggling with unemployment, industries are shutting down, women not safe even in big cities and powerful people committing atrocities are sitting pretty while their victims are being put in jail.

She said only the Congress has followed the path of Gandhi and has provided jobs, education and facilities to farmers, accomplishments which are unparalleled, no matter what others might claim.

Terming it a historic, pious and auspicious day, the Congress chief described Gandhi as a "great personality" who inspired not only India but the entire world to adopt the path of non violence and 'satyagraha'.

Sonia Gandhi along with Congress workers took oath to achieve the India of Gandhi's dreams by keeping faith in constitutional values.

Sonia Gandhi said the Mahatma wanted India and its villages to be self-reliant. The Congress after independence followed this path and took revolutionary steps in this regard. Be it Jawaharlal Nehru, Lal Bahadur Shastri, Indira Gandhi, Rajiv Gandhi, Narasimha Rao or Manmohan Singh, all struggled to build a new India and establish new paradigms of progress, the Congress leader said.

She called upon them to reach out to every street and village in the country like Bapu did. Only then will 'Bharat' be made, Sonia Gandhi said.

"We need to carry forward the resolve to pay any price to safeguard fundamental honour, ancient dignity, cultural traditions, values of diversity and social harmony of the country. No matter how long or difficult this struggle is, we will follow this path till we emerge successful. I assure you, if the resolve is strong, the destination is never too far," she said.