The tragedy took place on Tuesday morning near Patna village, 80km from the Sidhi district after a bus packed with passengers fell into a canal, killing 51 people 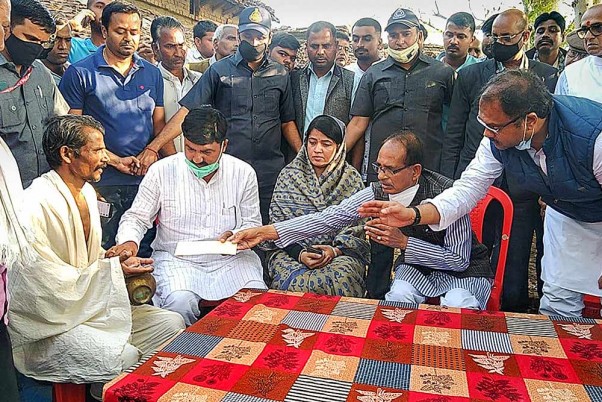 His remarks comes a day after Shivraj Singh Chouhan suspended four officials, including Regional Transport Officer (RTO) and three officials of the MP Road Development Corporation (MPRDC) in the wake of the unfortunate road mishap.

"Those who have committed wrong will be punished, he told a high-level meeting in Bhopal on his return after comforting the bereaved families in Sidhi.

The tragedy took place on Tuesday morning near Patna village, 80km from the Sidhi district headquarters, when a Satna-bound private bus packed with passengers skidded off the road and fell into a canal.

Chouhan said the road (which the ill-fated bus did not take due to its poor condition and frequent traffic jams) should be repaired at the earliest.

The CM said an alternate road should be readied at the earliest to ease traffic on the route.

A drive should be undertaken to check fitness certificates of buses and stop them from carrying more passengers than the mandated capacity, he said.

Chouhan instructed officials to start a survey to identify accident-prone pathways and focus on improving roads which are in bad condition and those passing through difficult terrain.