This Durga Puja, From Pandora To Chandrayaan...All In Guwahati

Numerous creative designers are involved in setting up the pandals in Guwahati. Many of the artistes are brought from neighbouring West Bengal and other states 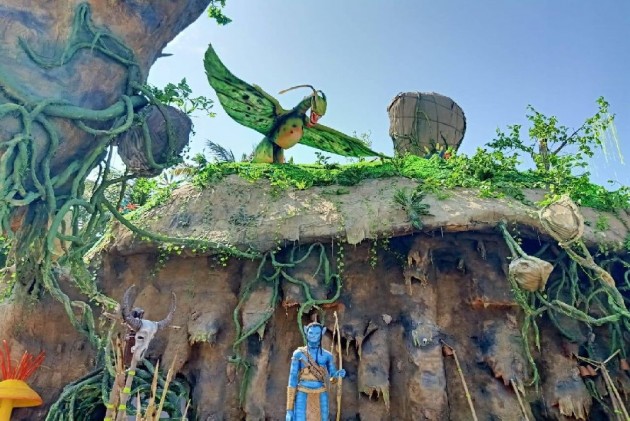 This Durga Puja, the city of Guwahati is decked up with puja pandals that have themes that range from the bizarre to the ingenious. Don’t be surprised if you come across the fantastical world 'Pandora' of James Cameron’s Avatar, ISRO's Chandrayaan or even the 'Ram Mandir' when you go visiting the Durga Puja pandals in the northeastern city.

Bishnupur Bimala Nagar Sarbajanin Durga Puja Committee in Guwahati has designed their pandal as Pandora of Avatar with the floating hills. Apart from that, the famous characters from the film Jake Sully and Neytiri have also been designed.

“We have tried to design something completely new. We were planning to make something related to nature. Then this idea clicked. I hope this will be a new experience for the people of Guwahati and whoever comes to visit our puja,” Ahmed told Outlook. 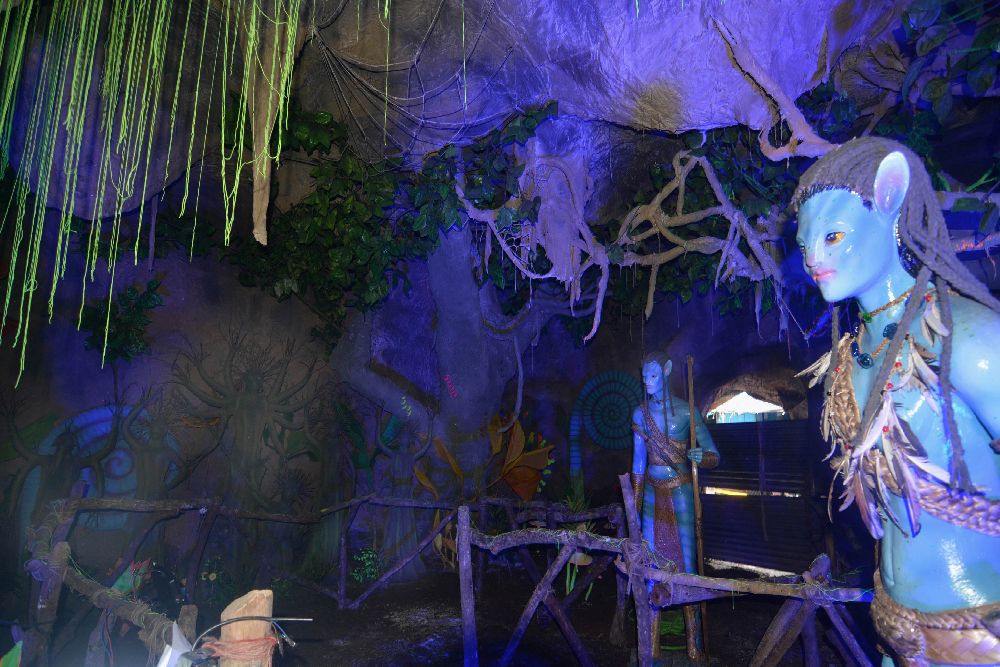 Ahmed who has been assisted by his two sons – Deep and Raj – worked for the last one and half months with around 40 workers to complete the design. Ahmed said that they have spent around Rs 12 lakh to complete the setup.

“The lights have played a major role in decorating the pandal. Apart from that we have also designed floating hills and other similar activities like Pandora,” he added.

In 2017, Ahmed built 98-feet Durga Idol made of bamboo at the Bishnupur Sarbajanin Puja Committee's pandal which was enlisted in the Limca Book of Records as the tallest Durga idol.

Organizers at Noonmati Sector II in Guwahati have designed their Puja with ISRO lunar mission. They have developed models of Chandrayan-II’s Vikram Lander and the launch pad at Sriharikota. The organizers said that the main design of the spaceship is around 45-feet height. With different models, they have also tried to cover the journey of ISRO over the years. 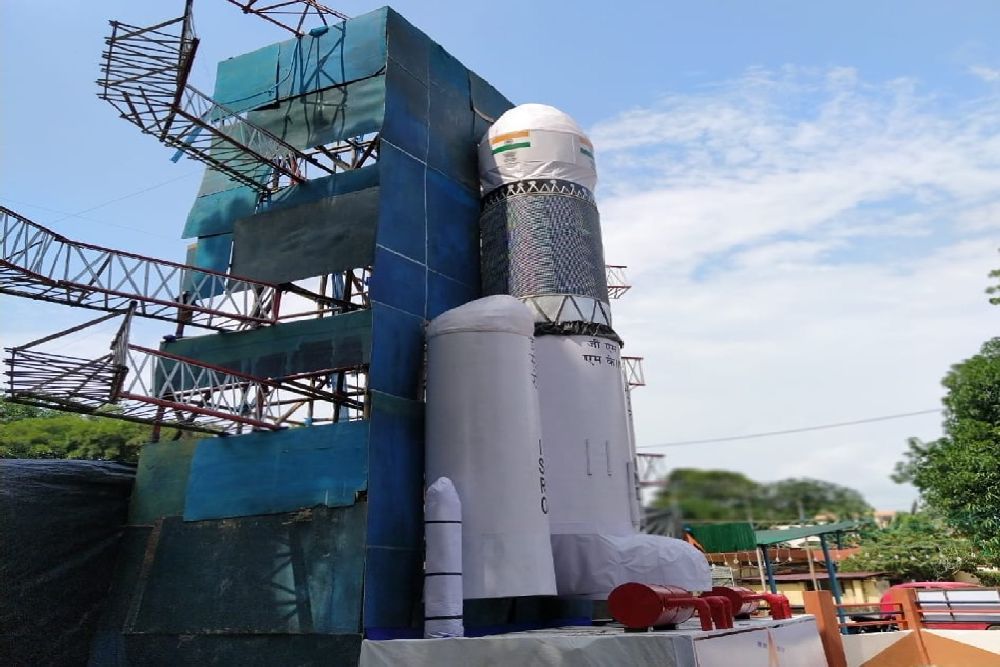 Designer Dwimaloo Boro said that they will also give a smoky feel in the night. Apart from that, they have developed an area like the moon surface.

Ayodhya’s Ram Mandir has also found a place at the Bishnupur Sarvojanik Puja Committee’s Puja, which is celebrating its 69th year.

“Ram Mandir is one of the major centres of the country and we want to create a replica of it in our Puja this year,” said an organizer.

Apart from these, there is Red Fort, Akshardham have also found its presence. 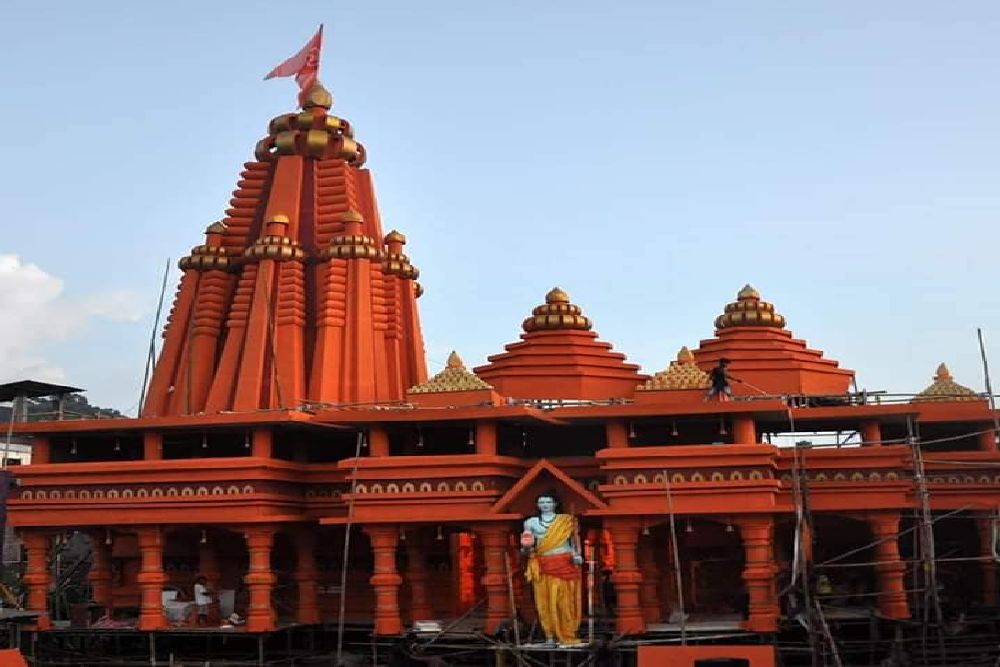 “We have numerous creative designers in the pandals in Guwahati. Many of the artistes are brought from neighbouring West Bengal and other states. We have also some artistes here,” said Mrinal Sarma, a local. In Guwahati, more than 500 pujas take place.

Police and administration have also geared up for the occasion with security and other aspects.