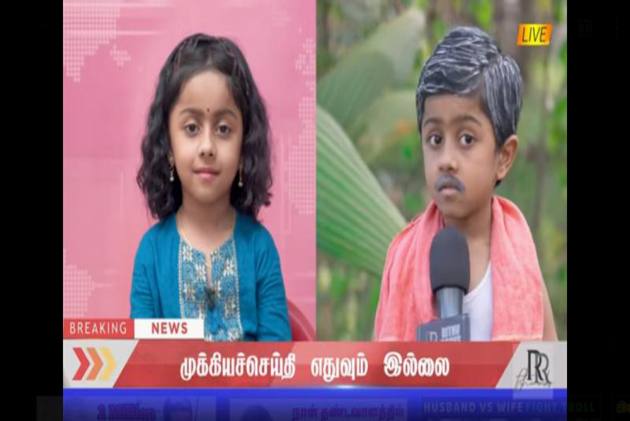 The latest breaking news in Tamil Nadu is happening on a YouTube channel called RithuRocks in which seven-year-old Rithvik (Rithu) does a hilarious spoof of Tamil news channels.

The ‘news show’, in which Rithu plays the female anchor, reporters, a farmer and even producer has taken the internet by storm and has already clocked more than two lakh views within three days of it being uploaded. In fact, the TV news is prefaced by “an important development” – Rithu reveals that his second tooth has fallen off and gives a toothy smile to show the gaps.

What follows is a real funny take on news – Rithu dressed as female anchor Sharanya (many believed it to be a girl) engaging in banter with reporter Velraj (Rithu) who rather than interview a farmer (Rithu again) about his problems talks about his own inability to repay loans and having to find money for a function at home. On his part the farmer complains how the reporter had wasted his entire morning by not letting him do his work.

In the next clip, Sharanya finds her reporter Dhanraj (who but Rithu) reporting from a forest and quips – “You don’t get any news in the city, what are you doing in a forest?” When Dhanraj says he can hear a tiger growl in the background Sharanya signs off nonchalantly with the words “If you are alive Dhanraj we will meet in the next episode.”

Though the Coimbatore based Rithu’s performance as a doctor and his many patients, lady office manager and her interviewees, a tailor and his customers and as a ghost chaser and ghost had been doing the rounds for the past two months it is the news channel episode that went viral and made rest of the world sit back and notice this pocket sized talent. Only after this episode, which was marketed by Tamada media a digital marketing company, did the viewership quadruple and other YouTube channels and news channels descended on Rithu and his family for interviews.

Rithu’s father Jothiraj said that his son had always been a gifted performer and would act in little skits he would write. During the lockdown Rithu and his parents filmed his antics and uploaded them as a channel RithuRocks. While Jothiraj, an assistant director who used to work in a TV channel, wrote the rib-tickling script, handled the camera and editing, his wife Ashadas took care of the makeup and costume and is responsible for Rithu’s transformation into different characters. “Whenever people say that they really thought it was a girl, Rithu would frown that he never liked that character as he hates makeup,” laughs Ashadas. 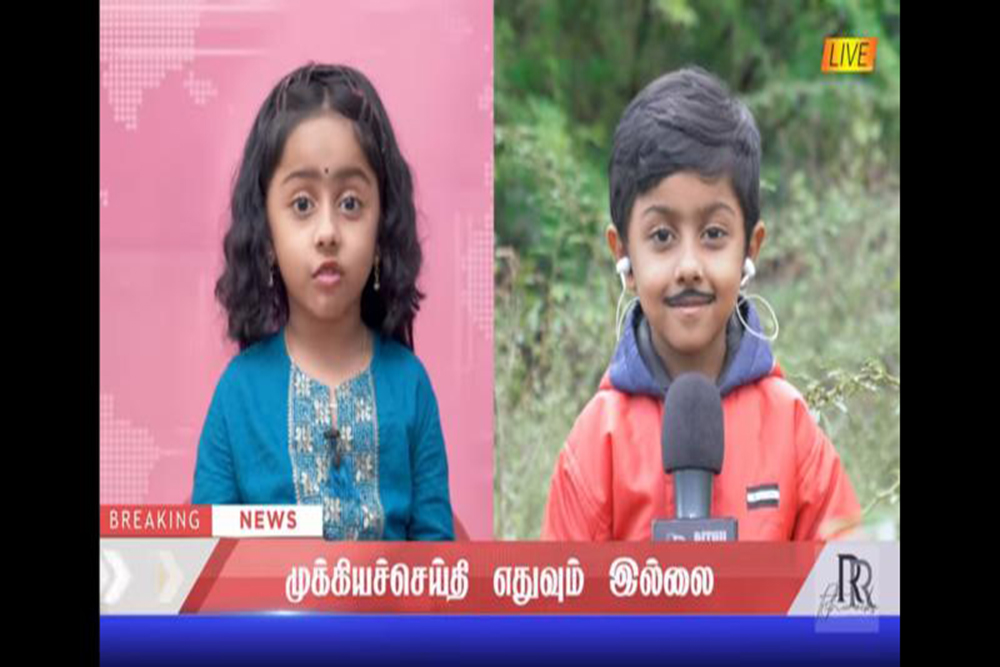 Rithu in his many avatars during his ‘news show’

Jothiraja says shooting used to be an episode is an all-day affair often stretching to ten hours mainly due to costume and make-up. Rithu memorized the lines just before the shoot but whenever he goofed up or giggled Jothiraj would strictly call for a retake. They even include a bloopers section at the end of the episode.

Ultimately it is Rithu jelling as each of the different characters – expressions, voice modulation, body language and the easy humour that he imparts – that drives the channel’s success. “I love acting and would definitely see myself as an actor when I grow up,” says this standard two boy.