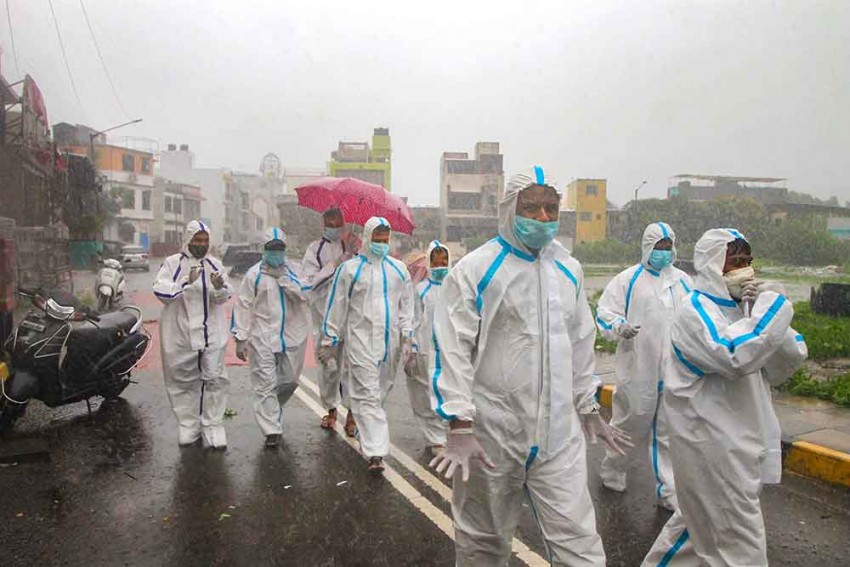 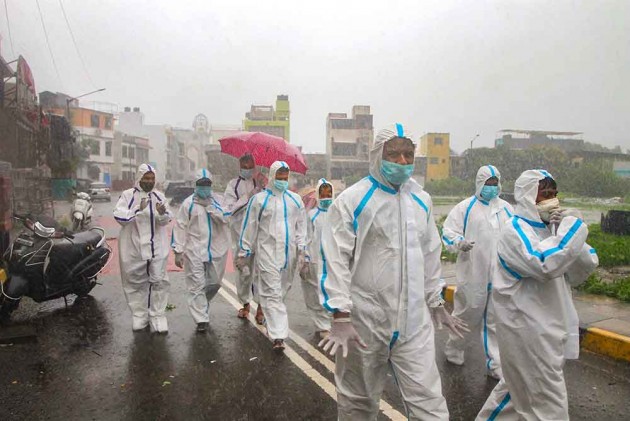 With this, the country has recorded over 20,000 cases of the infection for the fourth consecutive day.

India has overtaken Russia as the third worst-hit country by the novel coronavirus. India is now preceded only by USA and Brazil, which have recorded 29,48,587 and 15,78,376 cases respectively.

With a steady rise, the number of recoveries stands at 4,24,432 in the country, while one patient has migrated. There are 2,53,287 active coronavirus cases in the country, the data showed.

"Thus, 60.85 per cent of the patients have recovered so far," the ministry said.

According to the Indian Council of Medical Research (ICMR), a total of 99,69,662 samples were tested for the disease in the country till July 5, with 1,80,596 just on Sunday.

India on Sunday recorded its biggest single-day jump of nearly 25,000 coronavirus cases. The country also recorded 613 deaths, the highest so far, according to the Union Health Ministry data.