While the stations represent a particular period in history, the region itself is home to a rich antiquity that traces back to Bangalore’s 16th century founder Kempe Gowda.

More from Ajay Sukumaran
View All

Everyone who lands in Bangalore by air will most likely speed down a six-lane expressway to the city, passing by suburban towns where the pace of growth has been frenetic over the past decade. That growth, of course, came with the city’s new airport at Devanahalli in 2008. But rewind back a hundred years -- that same trip into Bangalore from Devanahalli via open country would have been on a narrow-gauge railway line that was then brand new. The old station buildings on that line still exist and, last month, the South Western Railway and heritage enthusiasts embarked on a restoration and preservation project to give them a new lease of life.

“These are really charming stations,” says Mera Iyer, convenor of the Bangalore chapter of Indian National Trust for Art and Cultural Heritage (INTACH) which this year signed an agreement with South Western Railway to restore four station buildings on what was once known as the Bangalore Chikballapur Light Railway. The line runs close to Bangalore’s popular weekend getaway, Nandi Hills – in fact, one of the stations being restored used to be the disembarkation point for those travelling to the hilltop, of course in a different era. 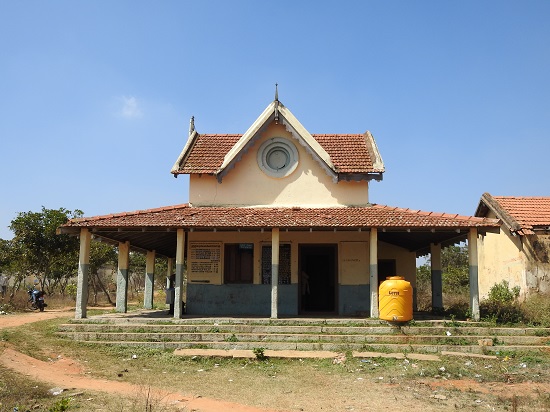 While the stations represent a particular period in history, the region itself is home to a rich antiquity that traces back to Bangalore’s 16th century founder Kempe Gowda. And even further – a megalithic site once existed in the region. “So restoring these stations is sort of like an ornament to that historic landscape,” says Iyer. While work on the Dodjala station has begun, the INTACH team plans to start restoration at Avathihalli shortly. The stations at Devanahalli and Nandi Halt will be taken up subsequently. 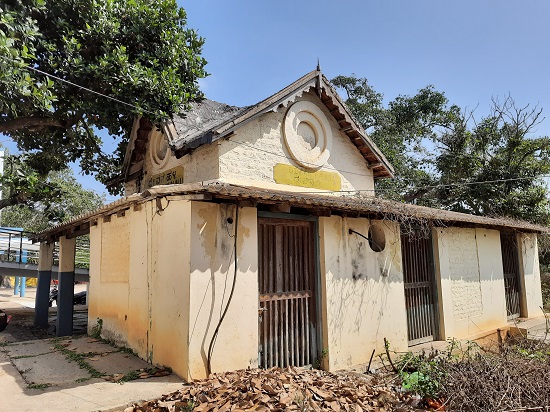 These stations are still in use but very sparingly so, the passenger volume being very low, says Iyer.

Siddharth Raja, an advocate and heritage evangelist who lives close to Nandi Hills, fills in with the story of how the Bangalore Chikballapur Light Railway, with a gauge of 2 feet 6 inches, was started in 1915. It was established as a second line to the main one connecting Bangalore and Madras via Kolar Gold Fields that dated back to 1865, he says. 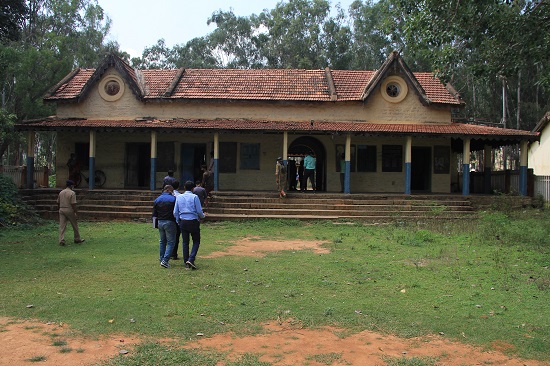 “This line in particular was a feeder line, effectively a second service line between Bangalore and Kolar,” he says. The construction was started by a private firm under a guarantee from the Mysore government, as was usually the case in many rail projects in the princely states back then, he says.

“Despite the government guaranteeing an interest of four percent on the capital cost, the private company promoted under the name of “Bangalore-Chikballapur Light Railway Company” could not proceed with the construction work,” goes the 1968 Kolar district gazeteer. “The government then undertook the construction of the line after entering into an agreement with the company. The section from Yelahanka on the Bangalore side to Chikballapur was opened in 1915.” The following year, the 55 mile section to Kolar was completed.

The vintage railway stations in the Old Mysore region have very similar architecture, points out Meera Iyer. “It’s a nice blend. There's a gable roof and circular ventilator which are typically colonial but there are also influences of vernacular, for example the little verandah that you see outside is very similar to what you will see in houses in Devanahalli itself,” she says. “The flooring is Kadapa stone, again a very local material. So, it’s a nice mix.”

“Frankly, they have survived this long because of not being in the public eye,”

reckons Raja, also co-founder of Nandi Valley Walks. The restoration process, he suggests, should also account for future needs especially in the context of a multi-modal transport system for the local user. “In the old days, you had people taking a bus from their home in Basavanagudi to the city railway station, board a train to Nandi Halt and take a tonga to the top of the hill, enjoy the day and do the same on return because it was all convenient. Now, you don’t have intermodal connectivity,” says Raja.

A couple of the stations are in fairly bad shape, says Iyer. “Right now, in phase one, we are only looking at the station buildings themselves.” According to a railways press release in February, the second stage will involve creating additional amenities at the stations and their surroundings – a rail museum, silk museum and cultural centre are some of the ideas on the cards.