Earlier, Tejashwi had attacked Nitish for inducting ‘corrupt’ ministers in his new cabinet 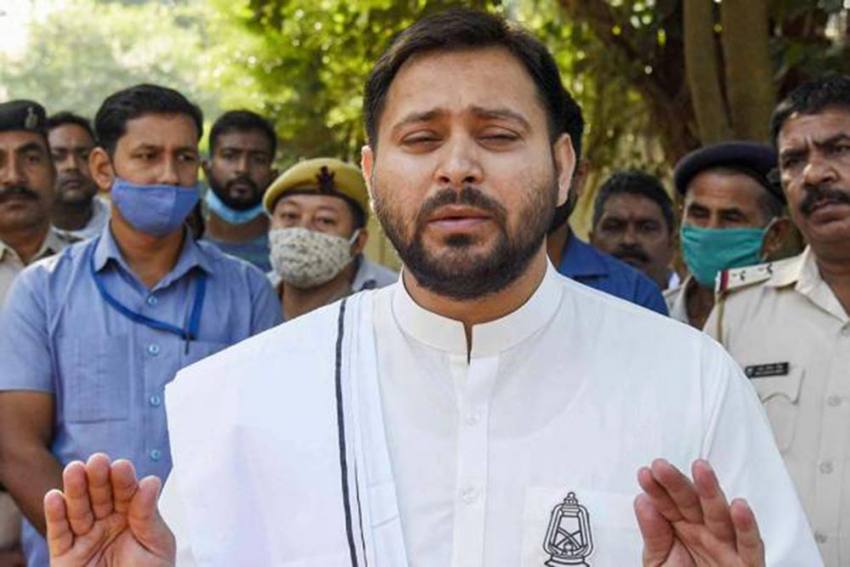 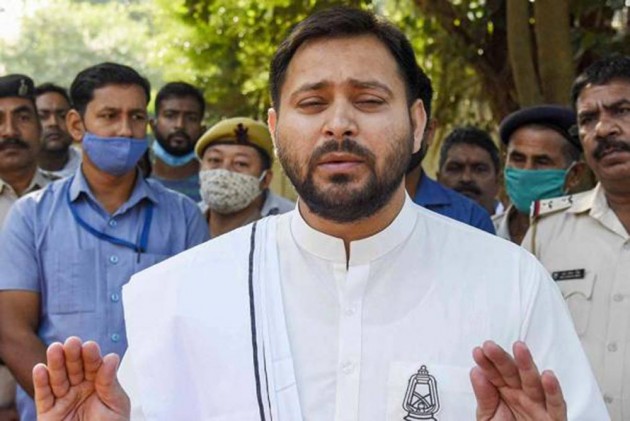 The ruling JD(U) in Bihar on Saturday demanded that RJD leader Tejashwi Yadav refrain from becoming the leader of the opposition since he is allegedly involved in a number of corruption and criminal cases. The JD(U)'s demand comes just two days after party leader Mewa Lal Chaudhary resigned as the state's education minister over a corruption taint.

At a press conference, JD(U) state president Vashishtha Narayan Singh, working president Ashok Choudhary and spokesmen Sanjay Singh, Neeraj Kumar and Ajay Alok slammed Tejashwi Yadav for having targeted Chief Minister Nitish Kumar over the appointment of Mewa Lal Chaudhary as the education minister. Shortly after Mewa Lal Chaudhary resigned, Tejashwi had attacked the chief minister for inducting into his cabinet a "corrupt" person.
Chaudhary was named in an FIR lodged three years ago in connection with irregularities in recruitments at an agriculture university in Bhagalpur district while he served as its vice chancellor during 2010-15.

The JD(U) leaders asserted that the resignation of Chaudhary, barely two days after he was allocated the portfolio, was in line with the chief minister's "zero tolerance for crime, corruption and communalism". They said that unlike the clean record of the chief minister, Tejashwi Yadav carried the taint of a number of cases "lodged under various sections of the IPC and even SC/ST Act".

JD(U) leaders also pointed out that the state government has asked the superintendent of police of the district concerned to go ahead with the prosecution, which proved that Chaudhary, an MLA of the ruling party, was not being shielded. The governor's nod is awaited in the matter.

The JD(U) leaders alleged that while filing his nomination papers from Raghopur assembly seat, Tejashwi had not disclosed complete details of cases in which he was named and urged the Election Commission to take note of the "deliberate omission".