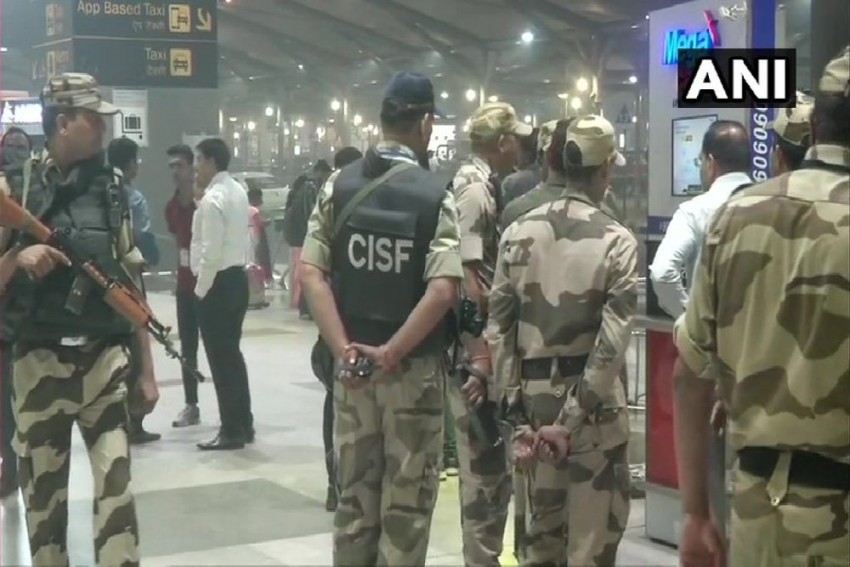 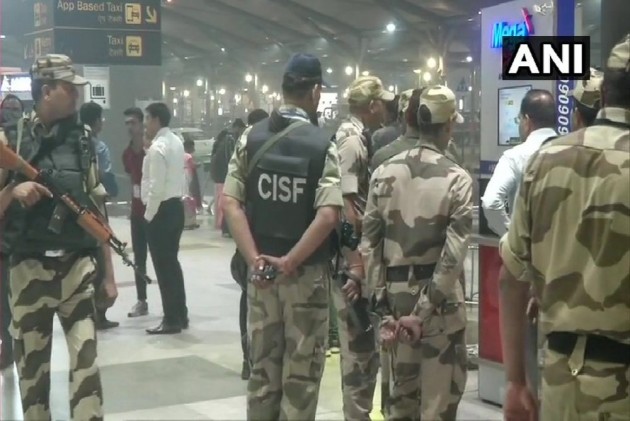 A bag with suspected RDX contents was found at the Delhi airport in the early hours of Friday, leading to restrictions in passenger movements for a couple of hours, officials said.

The black-coloured bag, first detected around 1 am by a CISF personnel in the arrival area of Terminal-3, has now been kept in a cooling pit.

Preliminary inputs suggest RDX content in the bag though nothing can be said with certainty. It was checked by an explosive detector and a dog. However, the exact nature of the explosive is being ascertained, sources said.

The explosive has been put under observation for the next 24 hours, only after which something certain about it could be said, they added.

It could be an explosive or an improvised explosive device (IED), but it is not clear at present, the sources said.

The Delhi Police said a call was received around 1 am, following which the bag was found at arrival gate number two of the terminal.

"The bag was removed with the help of CISF and shifted to another place. It has not been opened yet. It seems like there are some electric wires inside it. We have increased the security of the airport premises," said Sanjay Bhatia, Deputy Commissioner of Police (Airport).

The incident caused panic among passengers who were not allowed to exit the terminal for sometime, sources at some airlines said.

Officials said personnel of the CISF and the Delhi Police conducted a complete anti-sabotage check of the Indira Gandhi International Airport after which passenger movement was allowed around 4 am.

The roads outside the high-security complex were also blocked, they added.

Delhi airport has three terminals and domestic as well as international flights operate from the Terminal-3.

Lost My Friends, Will Never Return To Kashmir: Labourer Who Escaped Kulgam Attack