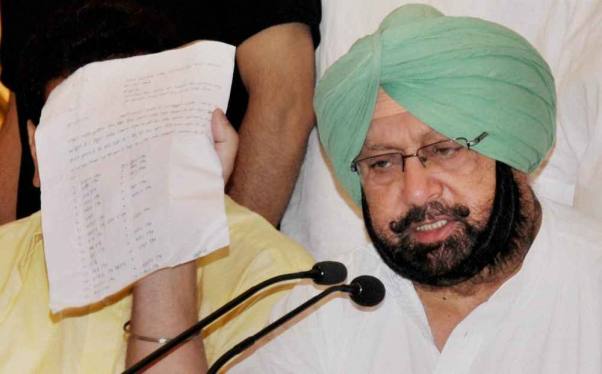 Punjab Chief Minister Amarinder Singh on Monday lashed out at the BJP-led government over the National Investigation Agency (NIA) issuing notices to some of the farmer union leaders and against those who are in support of the ongoing agitation to repeal centre's new agri laws.

Hitting out at the  NIA summons chief minister said, "Do these farmers look like secessionists and terrorists? Such arm-twisting tactics will not weaken the resolve of the farmers to fight for their rights and their future."

The NIA reportedly issued summons in connection with a case related to the banned Sikhs For Justice outfit.

The Punjab unit of the Aam Aadmi Party (AAP) too condemned the issue of notices and said it was "shameful".

The chief minister slammed the central government for adopting such "reprehensible and oppressive tactics in their desperation to undermine the peacefully protesting farmers' fighting spirit".

"But these measures will not succeed in destroying the resolve of the farmers, rather the Centre will only end up provoking them into stronger reaction,” he said in a statement here.

"It is obvious that the BJP-led NDA government neither cared for the farmers and their concerns, nor understood their psyche," Singh added.

AAP's Punjab state president and MP Bhagwant Mann said that it was "highly reprehensible" for the government to use central agencies to suppress the farmers fighting for truth and justice.

"The (Narendra) Modi government is adopting double standard. On one hand it is negotiating with the farmer organisations to find a solution and on the other hand it is sending notices through NIA to intimidate the farmer leaders and their supporters," Mann added.

Thousands of farmers, mainly from Punjab, Haryana and western Uttar Pradesh, have been protesting at various border points of Delhi for over 50 days now demanding repeal of the three laws -- the Farmers' Produce Trade and Commerce (Promotion and Facilitation) Act, the Essential Commodities (Amendment) Act, and the Farmers (Empowerment and Protection) Agreement on Price Assurance and Farm Services Act.

Enacted in September 2020, the central government has presented these laws as major farm reforms aimed at increasing farmers' income, but the protesting farmers have raised concerns that these legislations would weaken the minimum support price (MSP) and "mandi" systems and leave them at the mercy of big corporations.

The government has maintained that these apprehensions are misplaced and has ruled out a repeal of the laws.