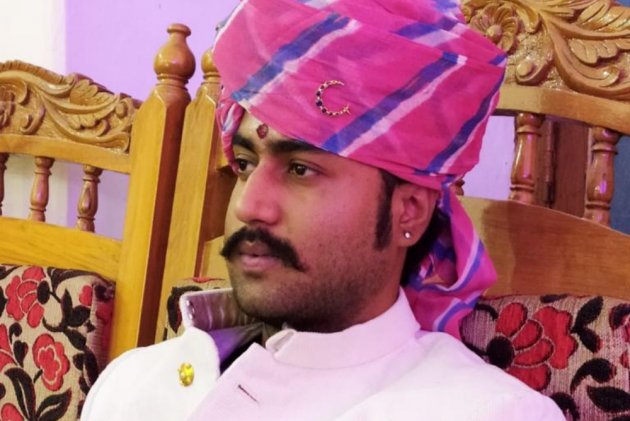 Kunwar Arunoday Singh Parihar, who is the prince of Nagod estate in Madhya Pradesh and who claims to be the direct descendant of King Mihir Bhoj (44th in line of descendency from the legendary king), has expressed his deep anguish in a letter to Prime Minister Narendra Modi over the current appropriation of his ancestor by the Gujjar community.

Of late, the Gujjar community has staked its claim on King Mihir Bhoj and declared that all the ancestors of the Gurjara Pratihar dynasty were from their community.

“It is tragic that despite the detailed works of Prof Dasrath Sharma, GH Ojha, CV Vaidya & Prof Shantarani Sharma on Pratihar Rajputs and the official stand of Archeological Survey of India, which have very properly shown the distinction between Imperial Pratihars & Gurjar-Pratihars, our textbooks continue to conflate the two. And there are people who further conflate Gurjar & Gujjar,” Singh says in his letter addressed to Prime Minister Narendra Modi.

He clarifies that the Pratihar derived their name from its legendary ancestor, Laxman of Ramayan, who acted as doorkeeper (called Pratihar in Sanskrit) for his brother.

Referring to historical texts, Singh says that the Pratihara dynasty was founded by King Harishchandra at Mandore, a city near Jodhpur in 640 AD. King Nagbhatta I, who was fourth in line from Harishchandra, captured an area Bhinmal, which used to be the capital of Gurjara. He earned the title of Gurjeshwar. This was the beginning of the Imperial Pratihar dynasty which produced great emperors such as Mihir Bhoj I.

Mihir Bhoj I was the 6th and one of the most powerful emperors of the Imperial Pratihar dynasty who ruled from 836 AD to 885 AD. He made Kannauj his capital city and extended his empire from the foothills of the Himalayas to the river Narmada in the South and Bengal in the east.

“Ghaznavid (a Persianate Muslim dynasty of Turkic mamluk origin) invasions weakened the Imperial Pratihars of Kannauj, who we finally defeated by the Rathores or Rashtrakuts. After the death of the last ruler in the early 11th century, the surviving leadership established the Gwalior Parihar dynasty and the Nagod Parihar dynasty,” Singh, who represents the current generation of Nagod Parihar dynasty, claims in his letter.

On the other hand, “the Gurjar-Pratihar include those in the cadet branch of Pratihars that ruled Rajor, Alwar,” he said.

Singh complains in his letter that in recent years, the Gujjar community has Sanskritised itself to Gurjar and started claiming every historical entity, especially Rajput clans of the region, as their own.

“However, there are Gurjar Brahmins, Gurjar Jains, Gurjar Suthars, Gurjar Patidars (Patels), none of whom have origins in the Gujjar caste,” he rued.

“Hence it is a humble request to the ruling elites, the ruling party, the government, the Opposition, the media, academic lobbies to also listen to our side of the story and make us participants in our own history, before imposing Gujjar or Brahmin identity on us,” Singh added.