With the latest terminations, the total number of government employees sacked in the last six months now stands at 25. Two police constables were among those dismissed. 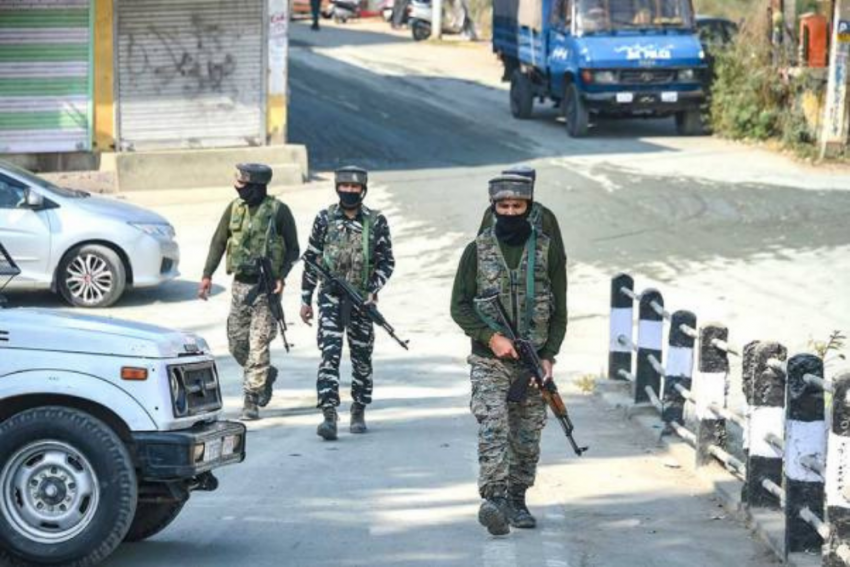 The Jammu and Kashmir administration has dismissed six employees including two police constables from service due to their alleged links to terror organisations. With the latest terminations, the total number of government employees sacked in the last six months now stands at 25.

The reports come days after the J&K administration asked government employees to submit reports on the friends, family, relatives and co-dwellers in case they had links to terrorists or forces hostile to Indian interests.

The two police constables who were terminated from service include Showkat Ahmad Khan and  Jaffer Hussain Butt. Khan a resident of Budgam who was involved in the looting of service weapons from the house of a member of the legislative council in Srinagar with whom he was posted as a Personal Security Officer in 2018. The policeman was arrested and subsequently detained under the Public Safety Act (PSA) on August 8 last year. Butt, meanwhile belongs to Kishtwar and was arrested in a case that is presently under investigation by the National Investigation Agency (NIA).

The probe has revealed that Butt provided his car to Hizbul Mujahideen terrorists and facilitated their safe movement in his hometown, the officials said, adding that he is currently on bail since August 30.

Teacher Abdul Hamid Wani of Bijbehara in Anantnag district was also among those dismissed from service. It is alleged that before joining government service, he was a district commander of terror group Allah Tigers and propagated secessionist ideology, the officials said.

They said he had reportedly secured the employment without any selection process by leveraging Jamaat-e-Islami (JeI) influence. He was a key speaker and organiser in the 2016 agitation following the killing of terrorist commander Burhan Wani.

A junior assistant in the Roads and Buildings Department, Mohd Rafi Butt of Kishtwar, is accused of having provided logistical support to Hizbul Mujahideen terrorists in Kishtwar, besides providing a safe environment to them to execute terror plans. He figures in an FIR registered by the NIA and is presently on bail after being arrested, the officials said.

They said teacher Liyaqat Ali Kakroo of Baramulla was appointed in government service in 1983 and was arrested in 2001 with an explosive substance. The probe against him revealed that he was a locally-trained terrorist.

Range officer Tariq Mehmood Kohli of Poonch was allegedly involved in smuggling of illegal arms, ammunition and explosives, including hard drugs and fake Indian Currency Notes from Pakistan, they said.

They said Kohli, who was arrested in a case registered against him in 2010, had remained in touch with active militants and was mentioned as an overground worker in police records.

In an identical order about the dismissal of the six employees, the General Administration Department (GAD) said the Lt Governor was satisfied after considering the facts and circumstances of the cases and on the basis of the information available that the activities of these employees were such as to warrant their dismissal from service.

"...the Lieutenant Governor is satisfied under sub-clause (c) of the proviso to clause (2) of Article 311 of the Constitution of India that in the interest of the security of the State, it is not expedient to hold an enquiry in the case of... Accordingly, the Lieutenant Governor hereby dismisses... from service, with immediate effect," the order said mentioning the name of each sacked employee.

On July 11, as many as 11 employees, including two sons of the Hizbul Mujahideen chief, were dismissed from service.

Idrees Jan, a teacher from North Kashmir's Kupwara district was the first government employee to be sacked from service for anti-national activities on May 1.

His dismissal came barely a week after the Union Territory administration constituted a Special Task Force (STF) empowered to look into allegations against government employees of involvement in anti-state activities and recommend dismissal of those found involved.