The bus, with a capacity of 32, was carrying 61 people, including the driver, when it plunged into the canal, leaving 54 dead and seven survivors. 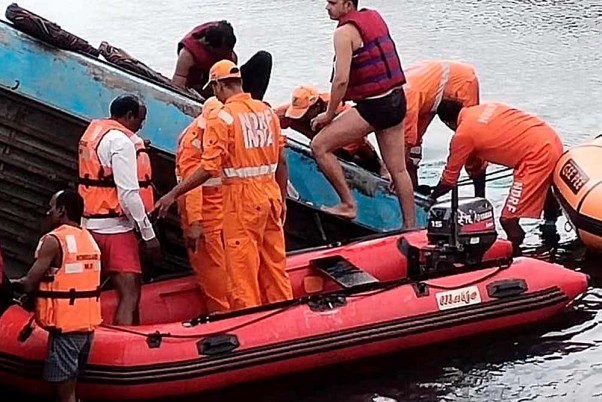 The hopes of kins of Sidhi bus accident victims were lost in the dark when rescuers retrieved the last missing body from the canal after a road mishap in Madhya Pradesh's Sidhi. The officials called off the search operation on Saturday as the 54th body was pulled out of the canal.

A bus plunged into the canal near Patna village, some 80km from the district headquarters on Wednesday, claiming 54 lives. At the time of the incident, 61 people were aboard, including the driver.

The body of Arvind Vishwakarma, the last person whose whereabouts were unknown post the mishap, was recovered from a spot in the canal that was 30 kilometres from the accident site, said Sidhi Collector Ravindra Kumar Sharma.

"The spot is in neighbouring Rewa district. With this the five-day long rescue operation has now been called off as all bodies have been fished out," he said.

The search operation was carried out on a 35-kilometre stretch of the canal, officials said.

The bus, with a capacity of 32, was carrying 61 people, including the driver, when it plunged into the canal, leaving 54 dead, while seven survived.