Guru Teg Bahadur, whose death anniversary was observed on Saturday, was cremated at the Gurdwara Rakabganj. 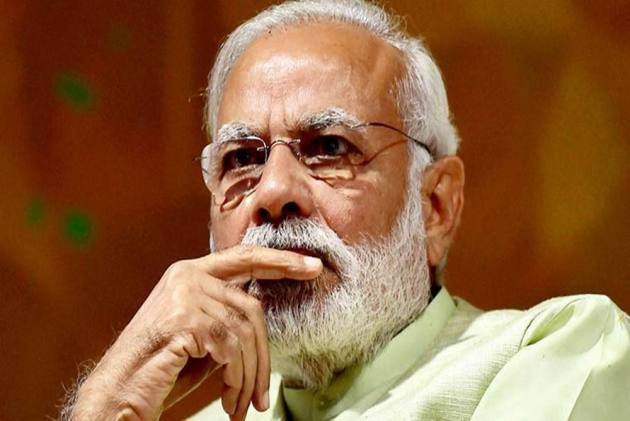 The Shiv Sena on Tuesday wondered what will be the outcome of the ongoing farmers' protest after Prime Minister Narendra Modi visited a gurdwara and sought inspiration from Guru Tegh Bahadur, whose followers are among those protesters.

An editorial in the Sena mouthpiece 'Saamana' was referring to Modi's visit on Sunday to Gurdwara Rakabganj in Delhi where he paid tributes to Guru Tegh Bahadur for his supreme sacrifice.

Guru Teg Bahadur, whose death anniversary was observed on Saturday, was cremated at the Gurdwara Rakabganj.

Thousands of farmers, including Sikhs, have been protesting near the Delhi borders since November 26 against the Modi government's three new farm laws.

The editorial in the Marathi daily said farmers from Punjab did not flinch even when Modi reached the gurdwara, "turning his back towards the Sikh peasant's protest", and continued with their demonstration.

"Prime Minister Modi sought inspiration from Guru Tegh Bahadur. Happy about it. Thousands of Sikh fighters are also fighting (protesting) from the same inspiration near Delhi border. Hence, it is a question of what will be the outcome of the battle," the editorial said.

It said 'gurbani' was being played when the prime minister reached the gurdwara.

The gurbani says services and devotion towards God will be of no use if one does not change his/her thoughts, the editorial noted.

The gurbani says reading the holy religious book several times will be of no use if one does not understand its teachings, and also asks what will one do when his/her time comes and an account of his/her deeds is checked, it said.

The gurbani mentions that none could defend himself from time, it added.

It is "not right" that Modi's political opponents criticise him for anything he does, the editorial said in a cryptic remark and asked what is there to be restless if he visited the gurdwara.

Modi's opponents are alleging "politics" behind the prime ministers visit the gurdwara and asking why are the farmers from Punjab protesting in the cold if he loves Sikhs so much, it said.

"...but none should question Modi's faith. Guru Tegh Bahadur was a great saint. The Guru accepted martyrdom for humanity, principles and ideals...he was the protector of religion. Hence, not only Sikhs, everyone on this land should bow before Guru Tegh Bahadur," the editorial said.