Besides being asked to ‘dress appropriately’, there are various forms of sexism that are extensively prevalent within the campus. 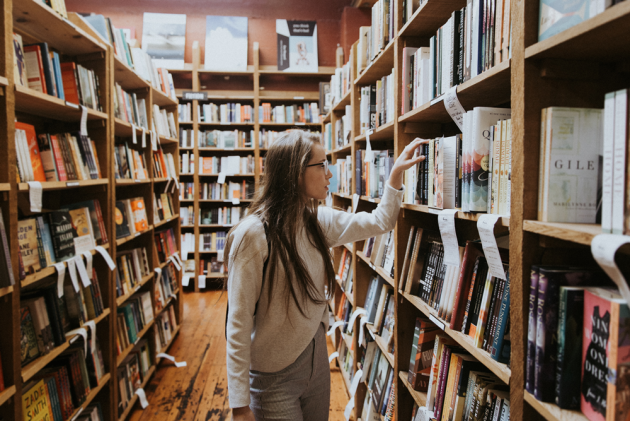 By Annesha Mukherjee and Satyaki Dasgupta

More stories from By Annesha Mukherjee and Satyaki Dasgupta
View All

The percentage of people in India who attain educational qualifications above higher secondary is abysmally low. This figure was as low as 10.13 percent as reported by the Periodic Labour Force Survey (2017-18). Among these people, 59.63 per cent were males and 40.37 per cent were females. While these figures give a broad picture of the difference in educational attainment between the two sexes, they are insufficient to acknowledge the difficulties that female students are likely to encounter in a patriarchal society. In this context, it is imperative to analyse the campus environments and the associated experiences which can adversely impact female students.

We surveyed by circulating Google forms across females who have studied or are currently studying in colleges or universities in India to identify and highlight the explicit and subtle forms of sexism encountered by women on campuses.

Responses were received from 570 females. Here, we shall discuss some of the initial findings of our survey.

Our results show that women’s actions, speech, behaviours, etc. are controlled in a multitude of ways even on campuses.

Female faculty members indulging in such sexist remarks highlight the workings of internalised patriarchy. Although victims of patriarchy themselves, they fail to realise the oppression of women in the existing society. Consequently, they pass on the oppressive norms to the next generation of females.

It can be subtle in the form of sexist jokes and casual gender stereotyping, and can also be explicit in the form of inappropriate touching and slut-shaming.

These are not limited to male students since 39.6 per cent of the respondents have experienced similar forms of sexism from male faculty as well. 62.4 per cent of them have encountered male faculty members who participated in casual gender stereotypes. One example of such behaviour can be seen when a male professor at Presidency University had asked two female students, “Agar parhna nahin ata, toh roti belna sikh lo” (if you cannot study, go make bread).

Such staggering figures highlight the pervasiveness of everyday sexism that women have to face even in campus spaces.

The male privilege accorded by our society blinds them to acknowledge the subtle yet apparent sexism underlining their everyday jokes and conversations.
Additionally, 37 per cent of the total respondents have reported that male students have attributed their academic performances to their looks, attitude, dressing style, etc.; 30.6 per cent have responded that at some point of time, their behaviour has been attributed to their menstrual cycle; and 30.4 per cent have had their opinions dismissed by male students for being “too emotional” or “too sensitive” or “too irrational”. Male faculty members have considerably indulged in similar forms of sexism as well. These include interrupting female students during academic or classroom discussions and dismissing their ideas without any consideration.

These points are the subtle ways in which males – Both students and faculty members try to maintain their dominance over female students. Through these practices, they attribute almost everything that a female does to some external factor - be it their looks or their menstrual cycle or their assumed ‘femininity’, or just the fact that they are the ‘weaker sex’. They dismiss their opinions and performances and relegate them to a secondary and undeserving position. This creates a general lack of respect for female students in higher educational institutions. Such environments in which females do not receive their due credit discourage them from reaching their full potential.

Subtle sexism is just the tip of the iceberg of the deeply entrenched patriarchy of our society. When the aforementioned subtle forms of sexism remain unchecked, they continue to fester to take the form of explicit sexism. 68.9 per cent of the respondents have faced some form of explicit sexism from male students on the campus. The most common experience is being stared at inappropriately which has been reported by 81.2 per cent of these female respondents. Other common experiences include being sent unsolicited text messages and calls, being insisted upon to communicate against their will, and being asked uncomfortable personal questions. When male students insist on their female counterparts on consuming alcohol, communicating with them, and reciprocating their romantic gestures or advances against the latter’s will, it underlines their inherent attitude of disrespecting the consent of women. This can further evolve to incidences of stalking and threatening.

However, 46.9 per cent of the respondents who faced some form of explicit sexism from male students have never considered their campus to be unsafe despite being uncomfortable with these instances. This points to the fact that even explicit forms of sexism (cat-calling, slut-shaming, touching inappropriately, staring inappropriately, etc.) are highly normalised and are common for women on campuses which are supposed to be safe for all students. In a patriarchal society such as ours, which is becoming increasingly unsafe for women, they have grown up learning to ignore these instances.

Along with subtle sexism, male faculty members are also responsible for practicing explicit forms of sexism.

Approximately 48 per cent of the respondents have faced some form of explicit sexism from male faculty members. Again, the most common experience is being stared at inappropriately, which has been reported by 79.4 per cent of these respondents. Other forms of explicit sexism faced by these students include the male faculty touching them or some other female students inappropriately (17.6 per cent), expressing non-academic concerns towards them or some other female students (30.5 per cent), inviting them alone to their homes, or some other private place (7.7 per cent), and making romantic advances or gestures towards them (15.4 per cent).

To appreciate the seriousness of these instances, we need to acknowledge the inherent power difference that exists between a professor and a student. In situations where the female student is uncomfortable with such invitations or gestures, a patriarchal upbringing coupled with this power difference makes it increasingly difficult for them to decline such advances. Because of the position of authority enjoyed by a male professor, they assume the ‘two-fold hierarchal position.’ This position allows them to potentially exercise two types of threats. The first type of threat emanates from their ability to jeopardise the academic future and career of female students, and the second stems from his dominant position in the society on account of him being a male.

Regardless of whether the female students are uncomfortable with these instances, advancing these invitations or compliments are necessarily problematic. While the intentions behind these advances might not always be malicious, there is always a possibility of making the student uncomfortable. The aforementioned ‘two-fold hierarchical position’ by the male faculty renders the female students vulnerable in the face of these invitations. The professor may not necessarily wish to exercise his dominance in the power hierarchy but the threat which is associated with the existing power hierarchy remains, irrespective of their intentions, and often without them realising it.

Our sample is a representation of a very small proportion of the educated people in the country. However, when such is the common and ‘normal’ experiences of women in campus spaces among the educated people, we can only imagine the magnified extent of sexism and influence of patriarchy in society at large. Our society ignores these explicit and implicit sexism prevalent in institutions by shifting the onus on women to adjust themselves to a toxic patriarchal environment. The manifestation of patriarchy in various forms within the campus is an added difficulty faced by female students. Such experiences can massively affect their physical and mental well-being.

These effects are further magnified for women who come from marginalised communities and lower-income classes. This is because the historical oppression of patriarchy coupled with the exploitation faced by people from oppressed castes, religions, and class, has conditioned them to be docile and restricts them from raising their voices. All of these can further discourage females to continue their higher education, which is even more damaging for women belonging to marginalised communities and lower classes. Additionally, female students residing in hostels often have to bear the brunt of institutionalised sexism. These include early curfew timings, their attires being dictated within hostel premises, differential provision of services like food and Wi-Fi.

However, we see a ray of hope when the victims of patriarchy have raised their voices in support of each other and against the prevalent system. The movement of Pinjra Tod, protests by the students of Banaras Hindu University and Presidency University, have shown that the patriarchal chains of our society can be shaken off only through large-scale resistance of the ‘weaker sex’.