Seventh Round Of Talks Between Centre And Protesting Farmers End, Stalemate Continues

The next round of talks will be held on January 8, farm union leaders said 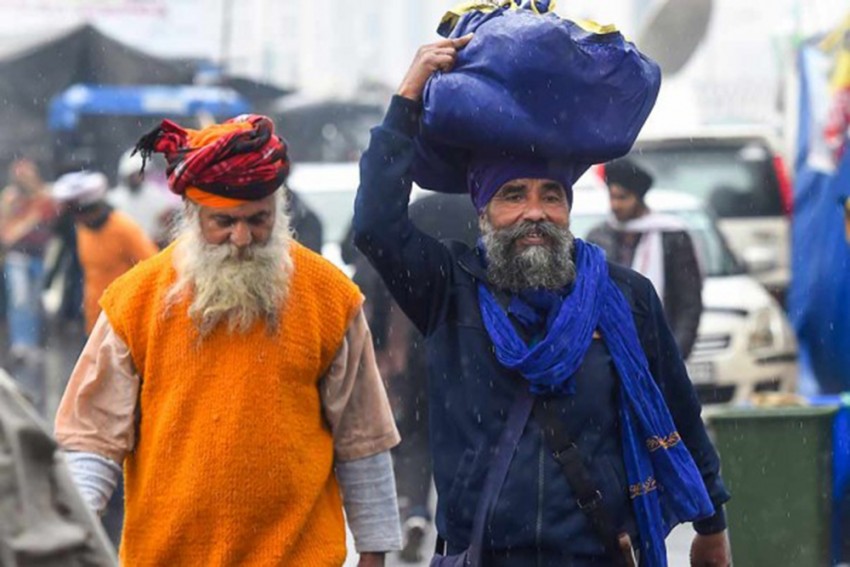 Farmers walk in rain during their ongoing protest against the new farm laws at Ghazipur Border, in New Delhi.
PTI
PTI 2021-01-04T15:03:29+05:30 Seventh Round Of Talks Between Centre And Protesting Farmers End, Stalemate Continues 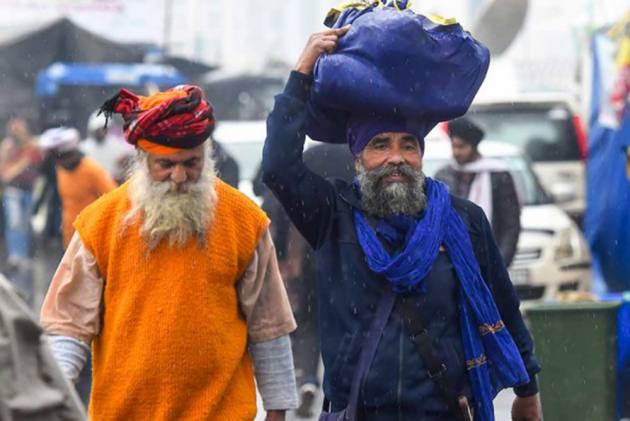 The seventh round of talks between protesting farm unions and the Centre ended in a stalemate on Monday as the farmer leaders stuck to their demand seeking repeal of the three contentious farm laws, even as the government listed various benefits that can be availed from the legislations.

The next meeting will take place on January 8, farmer leaders said.

The Union ministers said they will hold a meeting amongst themselves to decide on the next course of action before the next round of talks, farmer leaders claimed adding that the farm unions will also conduct an internal meeting on Tuesday.

In Monday's talks, the two sides did not discuss the issue of extending a legal guarantee to the minimum support price (MSP) system.

The two sides took a long break after just about one hour of discussions, during which representatives of protesting farmers had lunch. The farmer leaders brought their own food, arranged from langar (community kitchen). However, unlike the last round of talks on December 30, the ministers did not join the union leaders for lunch and were seen having their own discussion separately during the break, which lasted for more than one and half hours. The two sides got back together to resume their discussions at around 5.15 pm.

Thousands of farmers, mainly from Punjab, Haryana and western Uttar Pradesh, are protesting at various Delhi border points since last month against the three laws. They have stayed put despite heavy rains and waterlogging at protest sites over the last couple of days, besides braving severe cold weather conditions prevailing in and around the national capital.

Farmer union representative, Kavitha Kurungati of Mahila Kisan Adhikar Manch, said, "The standoff continues as the government is talking about benefits of the laws and we are asking for the repeal of those laws."

Enacted in September 2020, the government has presented these laws as major farm reforms and aimed at increasing farmers' income.

During the meeting, the government listed various benefits of the three laws but farmers kept insisting that the legislation must be withdrawn to address their apprehensions that the new Acts would weaken the MSP and mandi systems and leave them at the mercy of big corporates.

The government has maintained that these apprehensions are misplaced and has ruled out repealing the laws.

Union Agriculture Minister Narendra Singh Tomar, Railways, Commerce and Food Minister Piyush Goyal and Minister of State for Commerce Som Parkash, who is an MP from Punjab, are holding the talks with the representatives of 41 farmer unions at Vigyan Bhawan in Delhi.
The meeting began with paying respects to the farmers who lost their lives during the ongoing protest, sources said.

On December 30, the sixth round of talks was held between the government and the farm unions, where some common ground was reached on two demands -- decriminalisation of stubble-burning and continuation of power subsidies. However, no breakthrough could be reached on the two main demands of the protesting farmers -- a repeal of the three recent farm laws and a legal guarantee to the MSP procurement system.

On Sunday, Tomar met Defence Minister Rajnath Singh and discussed the government’s strategy to resolve the current crisis at the earliest, sources said. Tomar discussed with Singh all possible options to find a "middle path" to resolve the crisis, they added.

While several opposition parties and people from other walks of life have come out in support of the farmers, some farmer groups have also met the agriculture minister over the last few weeks to extend their support to the three laws.

Last month, the government had sent a draft proposal to the protesting farm unions, suggesting seven-eight amendments to the new laws and a written assurance on the MSP procurement system. The government has ruled out a repeal of the three agri laws.

The All India Kisan Sangharsh Coordination Committee (AIKSCC), in the meantime, issued a press statement condemning police action against protesting farmers in Punjab and Haryana and a ban on protests and dharnas imposed by the Madhya Pradesh and Uttar Pradesh government. It also said that an affidavit filed by Reliance Industries in the Punjab and Haryana High Court was "a ploy to save its business".