SAD chief Sukhbir Singh Badal announced the decision to snap ties with the NDA on Saturday night, amid stepped up agitation by farmers in Punjab over the three legislations which were recently passed by Parliament amid Opposition protests. 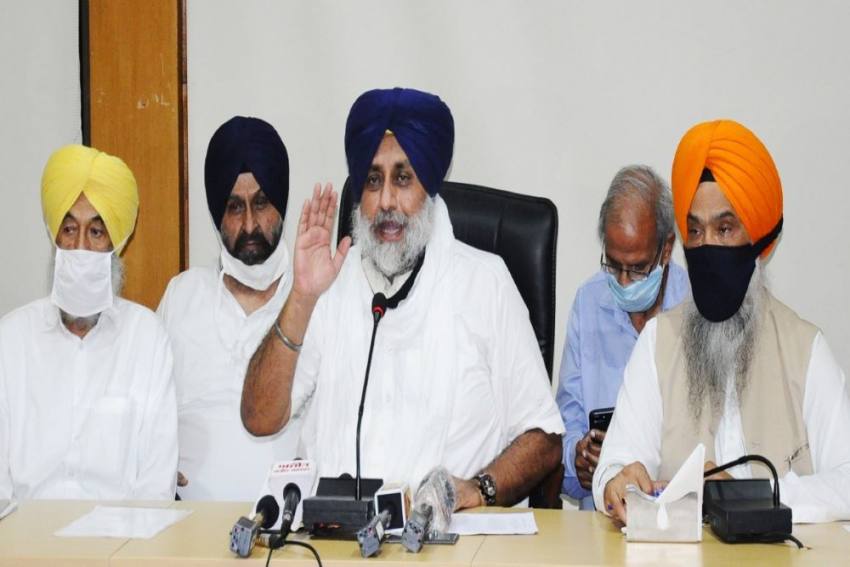 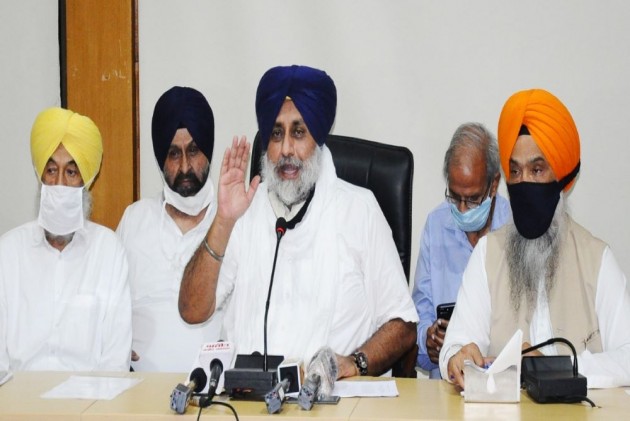 The Shiromani Akali Dal on Saturday quit the National Democratic Alliance (NDA) over the farm bills issue, the third major party to walk out of the BJP-led coalition in the last couple of years.

Badal's wife and SAD leader Harsimrat Kaur Badal had on September 17 quit the Union Cabinet after he strongly opposed the bills in Lok Sabha, claiming these legislations will "destroy" the agriculture sector in Punjab.

“The highest decision-making body of the Shiromani Akali Dal core committee at its emergency meeting here tonight decided unanimously to pull out of the BJP-led NDA alliance,” he said, adding the SAD was the oldest ally of the BJP, but the government did not listen to it on honouring the sentiments of farmers.

The SAD is the third major NDA constituent to pull out of the alliance after the Shiv Sena and the TDP. The Sena had parted ways with the BJP and joined hands with the Congress and the NCP to form a government in Maharashtra in November last year, while the Chandrababu Naidu-led Telugu Desam Party had quit the NDA in March 2018.

The BJP has a comfortable majority on its own in Lok Sabha.

According to a statement issued by SAD here, Badal said the decision to quit the NDA was taken “because of the Centre's stubborn refusal to give statutory legislative guarantees to protect assured marketing of farmers crops on MSP and its continued insensitivity to Punjabi and Sikh issues like excluding the Punjabi language as the official language in Jammu and Kashmir.”

The Modi Government has maintained that the MSP system will stay and has accused the opposition of misleading farmers on the issue.

Badal said the SAD will continue to stand by its core principles of peace and communal harmony and will guard the interest of Punjab and Punjabi in general, and Sikhs and farmers in particular.

He said the decision has been taken in consultation with the people of Punjab, especially party workers and farmers. Badal said the Bills on agricultural marketing brought by the BJP-led government are “lethal and disastrous” for the already beleaguered farmers.

"If pain and protests of three crore Punjabis fail to melt the rigid stance of the Centre, it is no longer the NDA envisioned by Vajpayee ji and Badal sahab," Harsimrat tweeted.

If Pain & Protests of 3 cr punjabis fail to melt the rigid stance of GoI, it's no longer the #NDA envisioned by Vajpayee ji & Badal sahab. An alliance that turns a deaf ear to its oldest ally & a blind eye to pleas of those who feed the nation is no longer in the interest of Pb. https://t.co/OqU6at00Jx

The Farmers' Produce Trade and Commerce (Promotion and Facilitation) Bill seeks to give freedom to farmers to sell their produce outside the notified APMC market yards (mandis). This, the government says, is aimed at facilitating remunerative prices through competitive alternative trading channels.

The Farmers (Empowerment and Protection) Agreement of Price Assurance and Farm Services Bill, 2020 seeks to give farmers the right to enter into a contract with agribusiness firms, processors, wholesalers, exporters, or large retailers for the sale of future farming produce at a pre-agreed price

The Essential Commodities (Amendment) Bill seeks to remove commodities like cereals, pulses, oilseeds, onion, and potato from the list of essential commodities and will do away with the imposition of stock holding limits.