In a circular issued on July 20 Shanmugam, a Deputy Commissioner of Madurai Corporation had instructed roads and street lights on the RSS chief Mohan Bhagwat's route to be repaired. 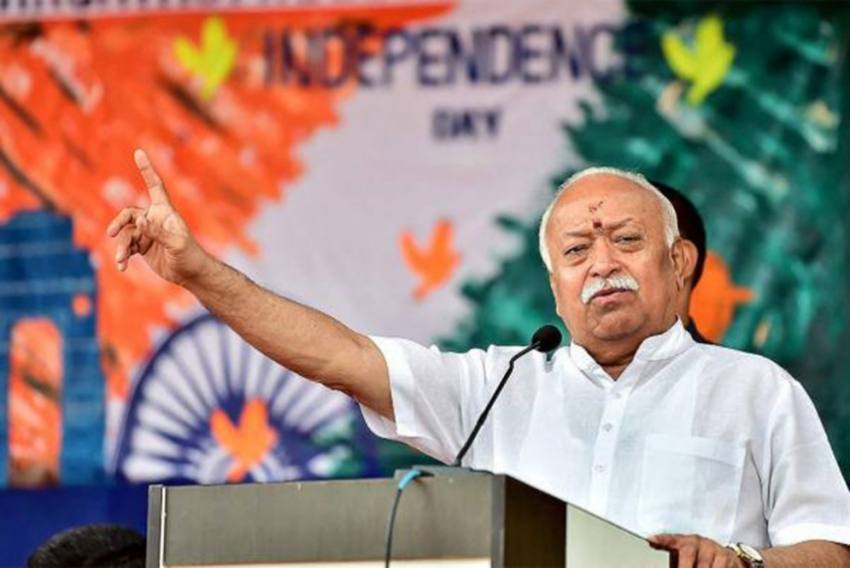 RSS chief Mohan Bhagwat will be in Madurai for four days from July 22 to participate in an RSS function.
PTI/File Photo
G.C. Shekhar 2021-07-22T11:59:36+05:30 RSS Chief Mohan Bhagwat's Visit To Madurai Results In Transfer Of Official 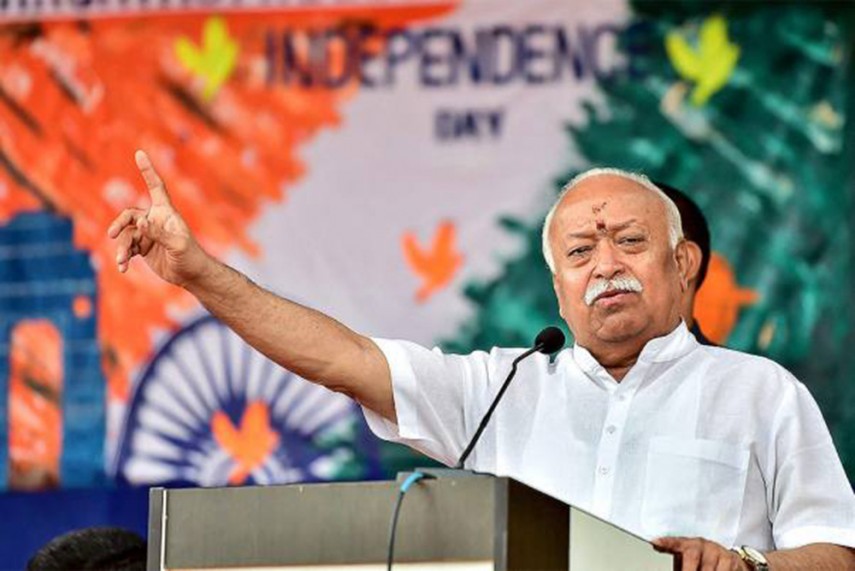 A Deputy Commissioner of Madurai Corporation was abruptly transferred for having issued an order to repair and maintain roads and street lights during the visit of RSS chief Mohan Bhagwat to Madurai.

The RSS chief is to participate in an RSS function for four days from July 22 to 26 at the Sai Baba Temple in Sathya Sai Nagar in the temple city. In a circular issued on July 20 Shanmugam, a Deputy Commissioner of Madurai Corporation, had listed four tasks to be carried out by the zonal officers of the area in view of Bhagwat’s visit.

He had instructed that roads along the VIP’s route should be repaired, street lights be made functional, the route to be cleaned regularly and to avoid any other special work on the route during his travel time. Madurai CPM MP Su. Venkatesan had questioned under what government rules such an order had been issued since these protocols were followed only during visits of constitutional functionaries like President, Prime Minister, Governor and Chief Minister.

After the MP’s query, Corporation Commissioner Karthikeyan clarified that the arrangements listed in the circular were carried out during the visit of any VIPs under “Z Plus” category security. It was a routine exercise and there was no need for a specific circular to be issued by the DC without the sanction of his superior officers. “Since the DC is new to his posting he had issued the circular though there was no need for it,” he explained. He also pointed out that no special work was carried out with regard to the visit. Apparently the DC instead of communicating the orders orally had put it in writing in the form of a circular another official observed.

However, within a few hours after the Commissioner’s clarification, he issued an order “relieving” the Deputy Commissioner from his post. “This latest order sends the correct message to the entire administration in the state,” said Venkatesan welcoming the transfer of the official. Apparently the ruling DMK did not want the issue to become an embarrassment since it could be accused of being over accommodative of the RSS Chief. Hence the hapless official became the scapegoat even though he was only following protocol.

An RSS spokesperson clarified that the organization had not sought any special facilities from the state government during Bhagawat’s stay in the city and had only informed the police commissioner about his programme for security reasons. “Bhagawatji will anyway be staying very close to the Sai Baba Temple where the event is taking place. Other than visits to the Meenakshi and Thiruparankundram Temples there is no road trip planned. So this circular hardly makes any difference to his stay in Madurai,” he clarified.