Imran Khan had, in his maiden speech at the UNGA earlier in the day, raked up the Kashmir issue, requesting the United Nations intervene in the matter. 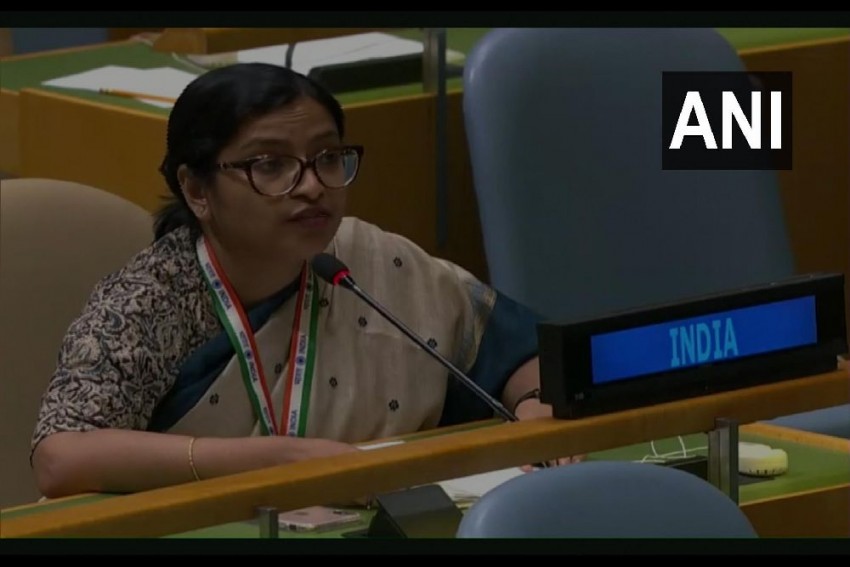 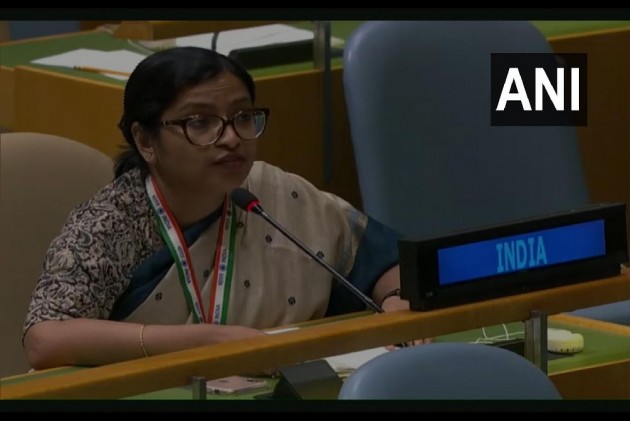 India on Friday hit back at Pakistan Prime Minister Imran Khan over his speech at the United Nations General Assembly, saying the latter's threat to unleash nuclear devastation qualifies at brinksmanship and not statesmanship.

Exercising India's right to reply, Vidisha Maitra, the First Secretary, Ministry of External Affairs asked: "Will Pakistan acknowledge that it is the only government in the world that provides pension to an individual listed by the UN in the Al-Qaeda and Daesh sanctions list?"

Khan had, in his maiden speech at the UNGA earlier in the day, raked up the Kashmir issue, requesting the United Nations intervene in the matter. Khan targetted Prime Minister Narendra Modi and India over the abrogation of Article 370, which granted special status to Jammu and Kashmir.

Maitra said that citizens of India didn't need anyone else to speak on their behalf, "least of all those who have built an industry of terrorism from the ideology of hate".

"Pogroms, PM Imran Khan Niazi, are not a phenomenon of today’s vibrant democracies. We would request you to refresh your rather sketchy understanding of history.

"Do not forget the gruesome genocide perpetrated by Pakistan against its people in 1971," she said.

Targetting Khan directly, Maitra asked if Pakistan prime minister would deny that he was once an "open defender of Osama bin Laden".

Speaking of minorities in Pakistan, she said the country had shrunk the size of its minority communities from 23% in 1947 to 3% today, adding it had subjected Christians, Sikhs, Ahmadiyas, Hindus, Shias, Pashtuns, Sindhis and Balochis to draconian blasphemy laws, systemic persecution, blatant abuse and forced conversions.

Khan alleged that Prime Minister Modi was furthering the agenda of RSS in Kashmir and termed the organisation "a group inspired by Nazi."

"It is an organisation inspired by Hitler and Mussolini. They believe in racial purity and superiority. They believe they are an Aryan race," Khan said.