Referring to decisions related to Micro, Small and Medium Enterprises, PM Modi pointed out that the Cabinet approved an interest subvention scheme for Shishu loan accounts under the Pradhan Mantri Mudra Yojana. 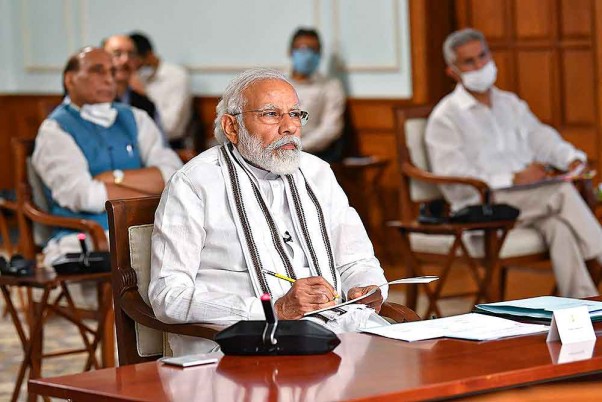 The "landmark" decisions taken by the Union Cabinet on Wednesday are aimed at accelerating economic growth and the country's strides in space, besides assisting farmers, villages and small businesses, Prime Minister Narendra Modi has said.

In a series of tweets after chairing the Cabinet meeting, he said crores of Indians will gain from these decisions.

"The reform trajectory continues," he tweeted, referring to the decision to allow participation of the private sector in the entire range of space activities, including planetary exploration missions.

The Union Cabinet's approval to reforms in the space sector is yet another step towards making the nation self-reliant and technologically advanced, he said. “The reforms will boost private sector participation as well.”

Referring to decisions related to Micro, Small and Medium Enterprises (MSME), Modi pointed out that the Cabinet approved an interest subvention scheme for Shishu loan accounts under the Pradhan Mantri Mudra Yojana.

"This scheme would provide valuable support and stability to small businesses," he said.

Setting up of the Animal Husbandry Infrastructure Development Fund augurs well for the sector, he said, adding that it will boost the income of farmers.

"Investment and sectoral infrastructure, especially in dairies, will get an impetus," he said.

The prime minister said the decision to upgrade the Kushinagar airport as an international airport is great news for Uttar Pradesh, tourism and those inspired by the noble thoughts of Lord Buddha.

"Kushinagar Airport will now be an international airport. Connectivity will improve significantly. More tourists and pilgrims will also mean better opportunities for the local population," he said.