Opposition also demanded that the issues of economic slowdown, job loss and farm distress must be discussed during the winter session. 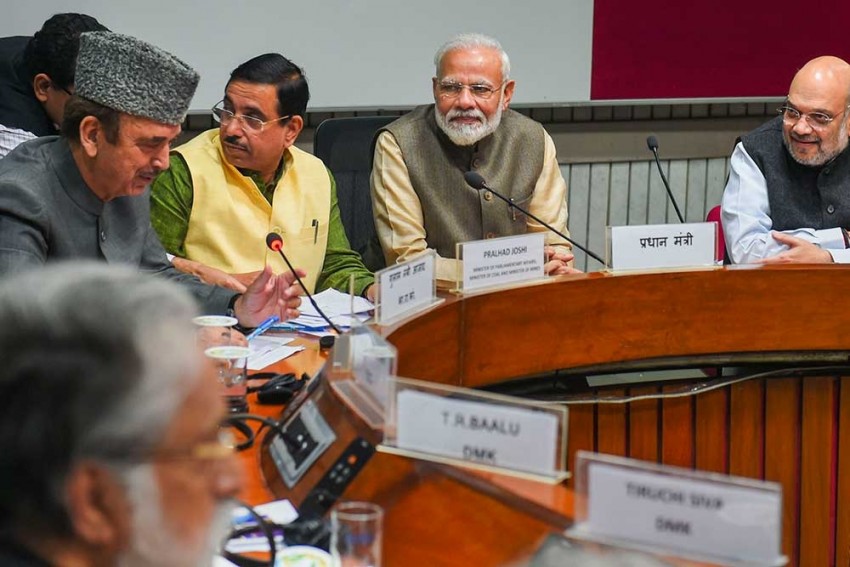 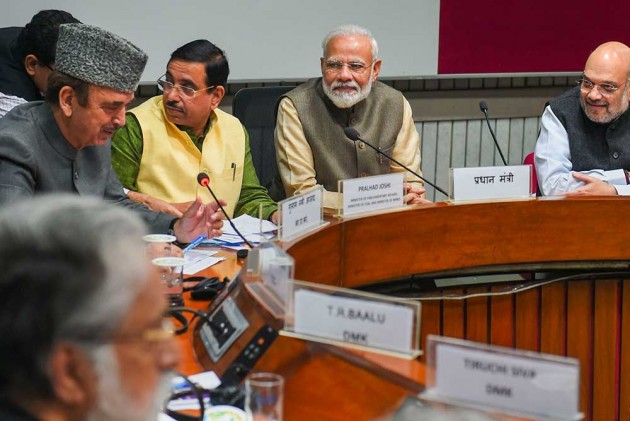 Ahead of Parliament's winter session, the opposition strongly raised Lok Sabha MP Farooq Abdullah's detention at the all-party meeting and demanded that he be allowed to attend the House.

Prime Minister Narendra Modi assured that the government is ready to discuss all issues.

At the government-convened meeting, the Opposition also demanded that the issues of economic slowdown, job loss and farm distress must be discussed during the session, Congress' leader in Lok Sabha Adhir Ranjan Chowdhury said.

At the meeting attended by 27 parties, PM Modi said most important job of the House is to discuss and debate, Parliamentary Affairs Minister Pralhad Joshi told reporters.

PM Modi said that this session should also be as productive as the last one, according to Joshi.

"Government is ready to discuss all issues within the framework of rules and procedures of the Houses," Modi was quoted as saying.

Constructive discussion in Parliament also keeps the bureaucracy alert, the PM said at the meeting.

Opposition leaders raised the issue of Abdullah's detention and demanded that he be allowed to attend the session, but got no definite response from the government, sources said.

Farooq Abdullah's detention was raised at the all-party meet, National Conference MP Hasnain Masoodi said, adding that the government is under constitutional obligation to ensure his participation in the Parliament session.

"How can a parliamentarian be detained illegally? He should be allowed to attend Parliament," Leader of Opposition in Rajya Sabha Ghulam Nabi Azad said.

The government has detained Abdullah under the Public Safety Act (PSA), a law enacted by his father and NC founder Sheikh Mohammad Abdullah in 1978 when he was the chief minister.

Lok Sabha Speaker Om Birla had on Saturday appealed to all political parties for cooperation for ensuring smooth functioning of the House.

After an all-party meeting, which was also attended by PM Modi, the Speaker said floor leaders of different parties mentioned various issues that they wished to be discussed during the winter session, beginning November 18 till December 13. PTI JTR/ASK CK