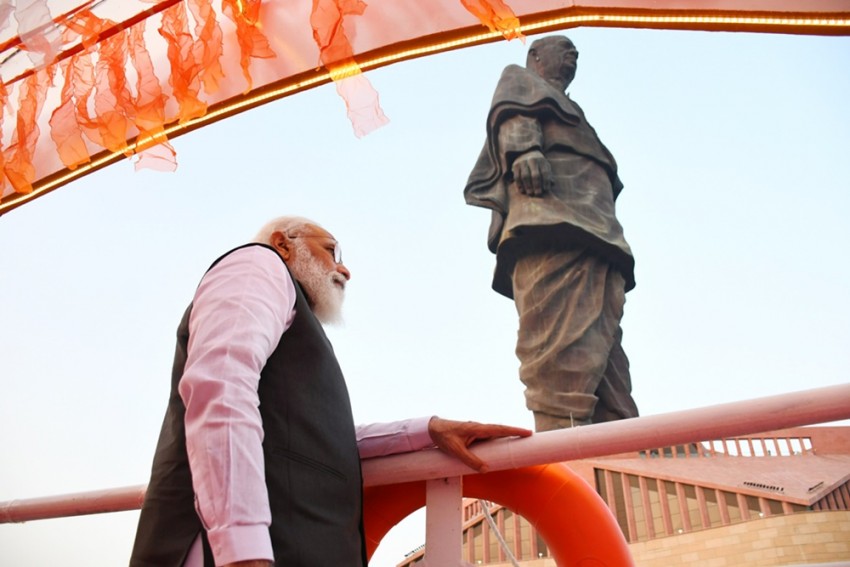 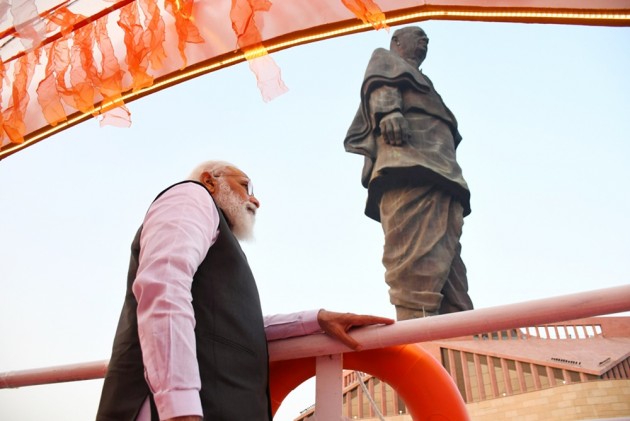 Modi, whose two-day Gujarat visit started on Friday, reached the Statue of Unity at Kevadiya in Narmada district this morning and offered flowers at the feet of the monument of Sardar Patel.
At the same time, rose petals were showered on the statue from helicopters.

Modi then headed to the parade ground and administered 'national unity pledge' to the gathering on this occasion.

On Friday, Modi had inaugurated as many as 17 new projects, including new tourist attractions near the Statue of Unity. Some of the major attractions include Arogya Van, Ekta Mall, Children Nutrition Park, Sardar Patel Zoological Park or Jungle Safari, and a boat ride.