Prasad's comment came in the backdrop of nationwide outrage over the alleged rape and murder cases at Hyderabad and Unnao. 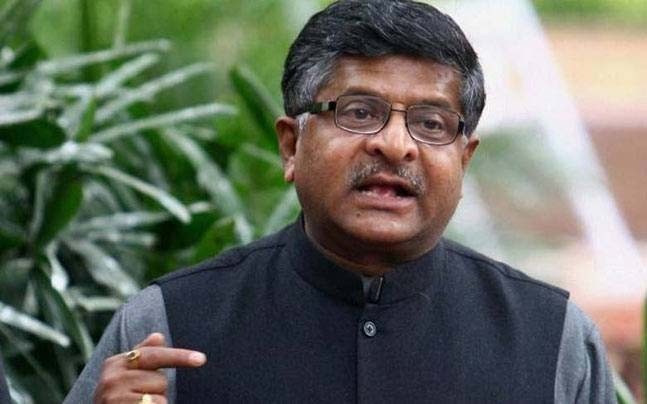 Urging for quick disposal of rape cases, Union minister Ravi Shankar Prasad on Sunday said he would write to all chief ministers and chief justices of the high courts to complete investigation in cases of rape and those registered under the POCSO Act in two months.

Trial of such cases should also be completed within six months, the Union law and justice minister said.

Noting that incidents of rape and crimes against women are "unfortunate and highly condemnable", Prasad asserted that perpetrators of such "heinous" crimes will be punished
expeditiously through the judicial process.

"I am going to write letters to all the chief ministers urging them to complete the investigation within two months in rape and POCSO cases," Prasad said.

The union minister was speaking on the sidelines of a function of the communications department here.

"I will also write to the chief justices of all the high courts to dispose of expeditiously all cases relating to rape and POCSO pending in the Fast Track Courts," he said.

Prasad, who also holds Communications and Electronics and Information Technology portfolios, said that he has also requested the Chief Justice of India to ensure that there is a
a mechanism for speedy disposal of such cases.

Prasad's comment came in the backdrop of nationwide outrage over the alleged rape and murder cases at Hyderabad and Unnao.

Mentioning that 704 Fast Track Courts (FTCs) are currently working across the country, the law minister said that 1,023 new FTCs are going to be constituted to try cases of POCSO and rape offences, besides other crimes against women.

Asked about Congress leader Rahul Gandhi's remark in the context of increasing number of rape incidents in the country, Prasad suggested that Rahul Gandhi should understand that whatever he says has a negative impact in the world vis-a-vis the image of India.

"It is not that Rahul Gandhi has made such comment only today. He always makes such a statement which has a negative impact in the world vis-a-vis India's image. He must understand it as he is a big leader of his party," Prasad said.

Pointing out that there should not be any politics on the issue, the minister asked can Rahul Gandhi guarantee that such incidents (against women) are not taking place in Congress-ruled states?

Rahul Gandhi had said on Saturday that the international community was ridiculing the country and India was now known as the 'rape capital' of the world.