After quitting TMC on Friday, former West Bengal forest minister Rajib Banerjee had flown to New Delhi along with other disgruntled MLAs. 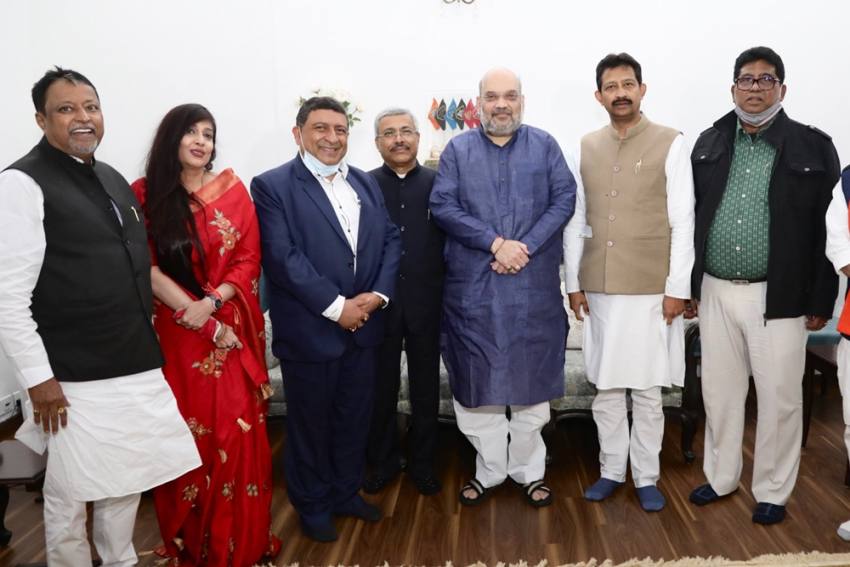 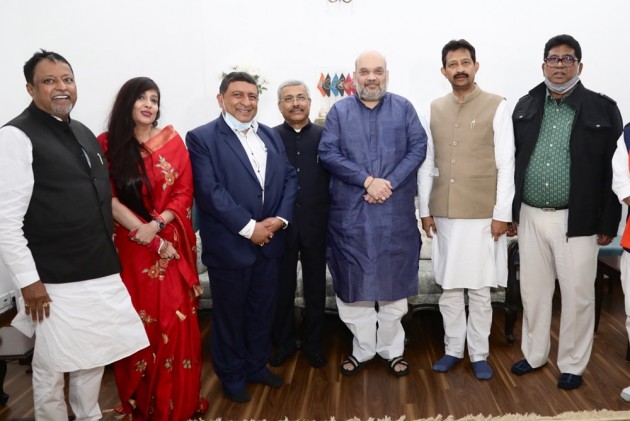 After quitting Trinamool Congress on Friday, former West Bengal forest minister Rajib Banerjee joined the BJP in the national capital on Saturday along with a few other leaders of the state's ruling party after meeting senior BJP leader and Union Home Minister Amit Shah.

Rajib Banerjee had flown to New Delhi along with other disgruntled MLAs where he joined the BJP on Saturday.

Banerjee said he had a word with Union Home Minister Amit Shah who had called him to the national capital.

Banerjee and MLAs Prabir Ghosal and Baishali Dalmiya, who was recently expelled from the TMC, and former Howrah Mayor Rathin Chakraborty, flew to the national capital on a special plane and met central BJP leaders.

Former TMC MLA Parthasarathi Chattopadhyay and actor Rudranil Ghosh had also accompanied them on their visit to meet BJP leaders in the national capital.

BJP national vice-president Mukul Roy and Vijayvargiya arrived in Delhi with them.

The TMC, which has been facing dissent from a number of leaders ahead of the assembly election due in April-May, said that those who are leaving do not have long political history.

Earlier in the day, Banerjee said he had a word with Union Home Minister Amit Shah who called him to the national capital.

"After I resigned from the TMC, I received a call from the BJP leadership.... Amit Shah ji told me to come over to Delhi. He also requested me to pass on the information to five other important public figures who wanted to serve people in a better way to accompany me.

When asked what role does he expect to play in the BJP, Banerjee said it is for the party to decide.

"I want to work for the people. So whatever role is assigned to me, I will accept," he said. Instead of mudslinging at each other, the Centre and the West Bengal government should work together for the people of the state.

Actor Rudranil Ghosh, who has recently been voicing his discontent over the issue of governance in Bengal and alleged corruption in the distribution of monetary compensation to Cyclone Amphan-affected people last year, said he wants to work for people and play an important role in the state in future.

Uttarpara MLA Prabir Ghosal, who recently alleged that repair of a road in his constituency was not being allowed by a faction of the party to harm his poll prospects, told reporters that he would join the BJP.

According to BJP sources, these TMC leaders were supposed to join the saffron party during Union Home Minister Amit Shah's rally at Dumurjula in Howrah on Sunday. However, Shah's two-day visit to West Bengal was cancelled at the last minute.

The ruling TMC in West Bengal was rocked by a fresh bout of desertions on Friday with Banerjee quitting the party and several other leaders rallying behind him.

Reacting to the development, senior TMC MP and party spokesperson Sougata Ray said, "Those who left don't have a long political history and most of them were inducted into the party by (Chief Minister and party supremo) Mamata Banerjee. In future, the TMC will be careful."

Another senior TMC leader and minister Subrata Mukherjee said, "What can we do if anyone wants to go? Ours is a big party. We cannot prevent dissenters by deploying