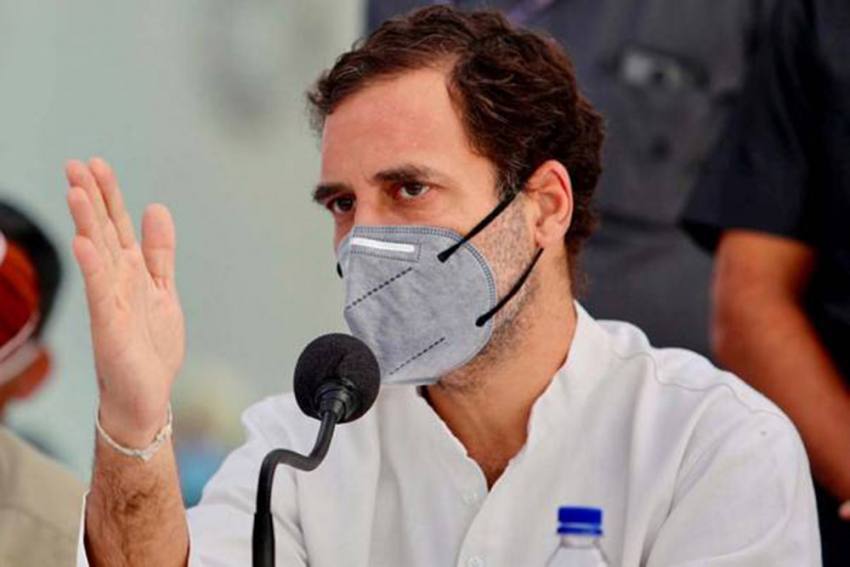 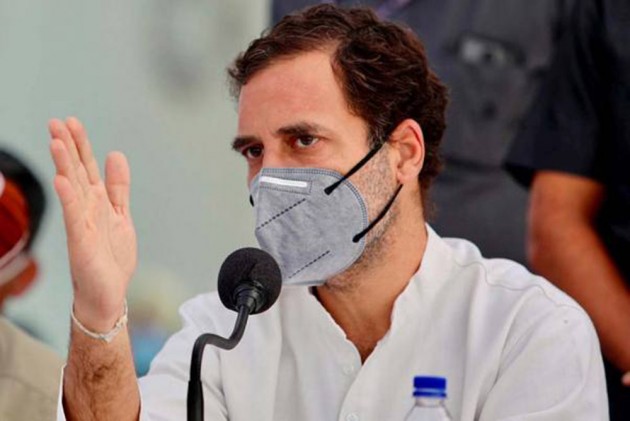 Senior Congress leader Rahul Gandhi doesn’t seem to be on the same page with his colleagues in Kerala over the party’s criticism of the CPI (M)-led Left Democratic Front (LDF).
The sticking point was over the recent remarks made by Union health minister Harsh Vardhan on the spike in Covid-19 cases in Kerala and the government’s handling of the situation. The Union minister had said that Kerala paid a price for its “gross negligence” during Onam, one of the major festivals celebrated in the state.

While on a three-day visit to his constituency Wayanad this week, Rahul termed Vardhan’s remarks “unfortunate”. However, the state Congress leaders had different views on this. Soon after the minister’s statement, Congress leaders joined ranks in projecting Vardhan’s comment as a vindication of their claims on the state government’s failure in curbing the spread of the virus.

However, Rahul appears to have a divergent view on the issue and was quite appreciative of the state’s effort in the battle against the pandemic. He also remarked that Kerala’s decentralized approach to the pandemic has evoked an effective outcome. In his interaction with media on Tuesday, the Wayanad MP said that the Centre and the state should be united in the fight against the pandemic.

“The spirit of the people of Kerala, including the health workers, is giving a good decent result here. There are shortcomings, but it will be there in every situation,” he said. This was Rahul Gandhi’s first visit to his constituency since the first Covid-19 case was reported in the state in January this year.

However, Congress leaders chose to play down Rahul’s remarks. Speaking to Outlook, MLA, and KPCC vice-president V.D. Satheesan said Rahul was only exhorting the Centre and state to work together on the health front. The senior Congress leader also claimed that the party’s state unit did not endorse Harsh Vardhan’s criticism of the state.

Contrary to Satheesan’s claim, soon after the Union health minister’s criticism, KPCC president Ramesh Chennithala came out in support saying that he was in total agreement with Vardhan’s assessment on the state’s failure in Covid-19 management. “Kerala government has totally failed in managing the situation,” he said. The minister’s comment had also sparked a war of words between the ruling CPI (M) and Opposition parties — the Congress and the BJP.

After being hailed as a model in effectively controlling the virus, the state has been grappling with a surge in Covid-19 cases since July, adding more than three lakh cases. However, the state has sustained a low fatality rate of 0. 36 per cent, which is way lower than the national average of 1.7 per cent.

In its response to the Union minister, Kerala Chief Minister Pinarayi Vijayan has held the Opposition parties responsible for the sudden spurt in the cases. The Opposition parties were on warpath for the last couple of months over the alleged involvement of the chief minister’s office in a gold smuggling case.

The state has witnessed many violent protests staged by the Opposition, in multiple cities for over two months. Though Congress called off the protests by the end of September, many police officers and protestors have tested positive for Covid-19 since then.

Apart from the Covid-19 situation, Rahul’s accusation of the Centre using investigative agencies as political weapons seem to be out of sync with the state Congress’s stance on various issues. Since September, state Congress leaders were vociferous about the need for a probe by the central agencies in the alleged scams by the Kerala government.

“The CBI and ED are being used to pressurize and such acts will only help to destroy these agencies. These agencies are not personal institutions of the Prime Minister,” said Rahul. However, V.D. Satheesan claims that Rahul was referring to the attacks on Congress leaders in other states.

“Rahul didn’t mean that all probes are politically motivated. He was talking about investigations against Congress leaders at the national level,” he said, adding that the situation in Kerala is different and the chief minister himself had demanded a probe into the gold smuggling case.

“Kerala CM wrote a letter to the PM demanding a probe by the central agency. If the CM can demand it, why can’t we?” he asked. The gold smuggling case is currently being probed by the National Investigation Agency (NIA).

Shimla: Water In The News, For The Right Reasons