Subhash said AICC Secretary G Chinna Reddy's statement that Rao had tried to "sideline" the Nehru-Gandhi family during his tenure was "not true and condemnable". 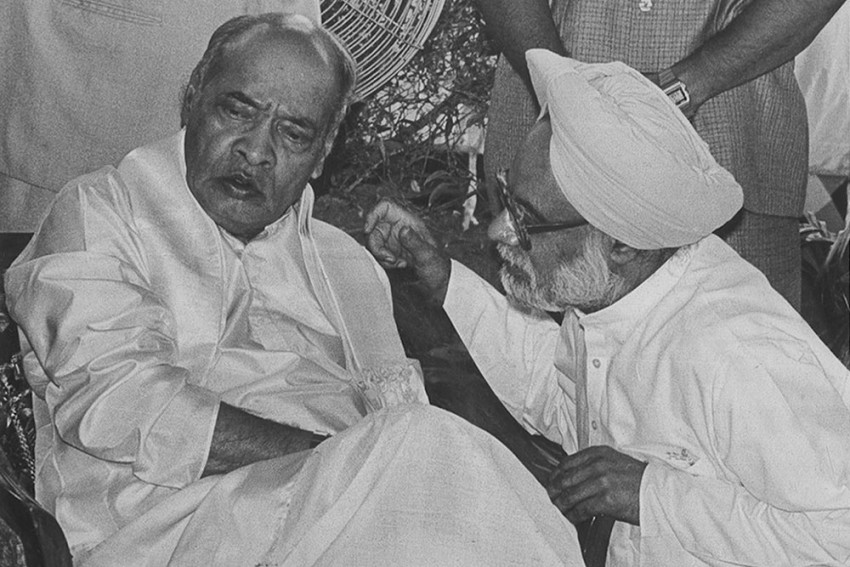 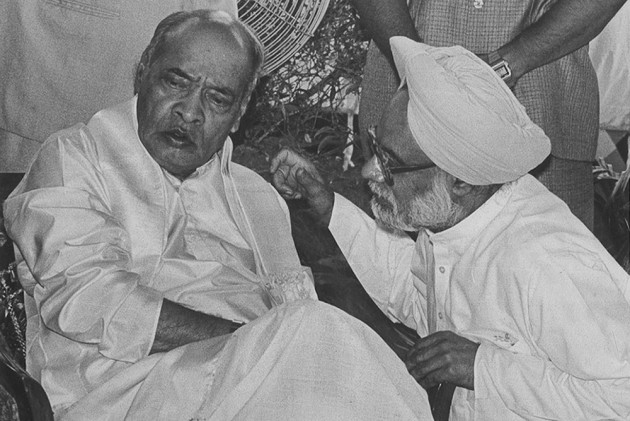 N V Subhash, the grandson of former Indian prime minister PV Narasimha Rao, has demanded the Gandhi family apologise for "injustice" done to Rao's legacy after a senior Congress leader's allegations against him.

Subhash said AICC Secretary G Chinna Reddy's statement that Rao had tried to "sideline" the Nehru-Gandhi family during his tenure was "not true and condemnable".

"Rao was the most trusted and loyal leader for Gandhi family and always guided the family on many issues", he claimed.

Subhash joined the BJP in 2014 and is one of the official spokespersons of the Telangana unit of the party.

Echoing Prime Minister Narendra Modi's sentiment, Subhash also said the Congress always neglected leaders other than from those belonging to the Nehru-Gandhi family.

Speaking the Lok Sabha on Tuesday, Prime Minister Narendra Modi had alleged the Congress never acknowledged anybody's efforts and always attributed all the success to the Nehru-Gandhi family.

"It is very clear and evident that his dead body was not even allowed to enter the headquarters of AICC in Delhi", Subhash told PTI.

"All the former PM's memorial was built in New Delhi except that of Rao's which shows the indifferent attitude of the Congress leaders".

During his tenure, Rao never sidelined or suppressed the Gandhi family, he said.

On every occasion, Sonia Gandhi was very well informed about the party activities, development initiatives taken up by
the government, Cabinet expansions, the election process, campaign and allotment of tickets in Assembly elections, he claimed.

"In fact, on many occasions, Rao personally met Sonia Gandhi and apprised her", he said.

"But she was neither interested in politics nor wanted her kids to get into politics. So, where is the question of suppressing the family?" Subash asked.

Reddy, a former Congress minister in the undivided Andhra Pradesh, had also sought to blame Rao over the Babri Masjid demolition in December 1992 when he was the prime minister, saying it alienated Muslims from the party.

To this, Subhash said Rao took all the necessary steps to stop its demolition. "If it is true (that the demolition alienated Muslims from Congress) then how is it possible that the Congress was in power from 2004 to 2014?"

Alleging that Congress leaders always gave credit to Nehru-Gandhi family for success but discredited Rao for party's failures, he said the Congress never talked about the economic liberalisation policy initiated by the Narasimha Rao government.

"At least now, Sonia Gandhi, Rahul Gandhi and the entire coterie of Gandhi family and Congress should apologise to the nation for the injustice done to Narasimha Rao", he said.

They should recognise Rao's services by paying him rich tributes on the occasion of his 98th birth anniversary tomorrow, he added.