The finance minister says the reverse multiplier impact of remittance will have a major impact and he is expecting 10 per cent of shrinkage of the economy. 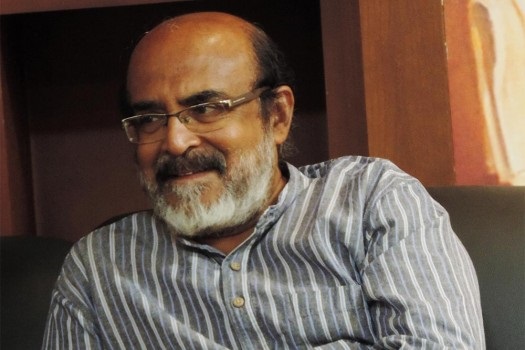 As Kerala is bracing for a huge influx of expatriates into the state, the government says it is actively making plans to rehabilitate them. In an interview to Outlook’s Preetha Nair, state Finance Minister Thomas Isaac says that the reverse multiplier impact of remittance will have a major impact and he is expecting 10 per cent of shrinkage of the economy. Excerpts:

Gulf remittance has characterized Kerala’s economy since the 80’s. How is the migrant influx going to impact the state’s financial health?

International migration currently plays a very important role in Kerala’s economy. One, the remittance from abroad comes to nearly 25 per cent of our GDP. For many years, it was even more than that. Secondly, it’s a major outlet for employment. Now for some time, the state’s outmigration has been coming down and internal migration has been increasing. This trend has been there for some time. All of a sudden, we are going to have a major return migration particularly from Gulf countries. One reason is Covid pandemic and other is the plummeting oil prices. Therefore, Gulf economy is also suffering. Already, some 50,000 people, who have lost their jobs, have registered to come back. The numbers are going to be much higher than that. Some five lakh people have registered. But all of them may not come back immediately.

Now with this migration on the scale of 3- 5 lakhs, there is going to be a severe impact on remittances. For the first year, it may not be that severe because all those who return will have their savings. Definitely, the remittances are going to go down... This will have a reverse multiplier impact on the state GDP. So this is something special to Kerala compared to other states in the country. Coupled with loss in production, jobs, services due to lockdown, reverse multiplier impact of remittance is going to have a major impact on the economy, particularly the service sector and trade.

What are your rehabilitating plans for the expatriates?

There two types of people in the list of returnees: one is labourers who had already been thrown out of jobs, who wouldn’t have covered the expenses of travelling to Gulf... Now they have to be rehabilitated and helped. The other section is skilled people. Our big challenge is to imagine schemes to convert them into individual entrepreneurs, companies or co-operatives. This is what Kerala is going to do. Our third plan is to have those finishing schools. In the budget, I have said that 10,000 nurses will be trained, so that they can seek employment particularly in the context of Brexit.

Now, Kerala health bank is so good that it would be possible to diversify the workforce to whole of Europe, or other countries like America and Australia. Therefore, I think Kerala should have a crash programme in exploring the skills and sending the nurses abroad. These are going to be our major interventions in the area.

A major chunk of migrants is coming back from the Gulf. Do you think they will return for good?

The expats will always try to go back unless they are aged. We have the experience of Kuwait crisis. All the Kuwait expatriates went back after the crisis. They will be trying their level best to go back. They may go to other countries as well. Now, Kerala migration is recurring more and more among skilled population. So with ample experience, they will try to go back. Yes, immediately, there would be an adverse impact. But I am much more optimistic.

What is the point in panicking? It doesn’t give me any additional money. We are taking it in our stride. We are frontloading our borrowing and surviving. I hope better sense will prevail and the central government will raise the fiscal deficit sealing to make more money available to the states. I don’t think there’s any other option than doing this.

Kerala's FY21 spending has been essentially frontloaded. Once the pandemic is tackled, what kind of revisions to this year's budget allocations and projections are likely? Are there plans to announce a mid-fiscal revision soon? Or is that being worked on now for release post-pandemic?

I am expecting Kerala GDP to be minus 10 this year. That’s my estimate of Kerala economy. Most of the industries and sectors including agriculture, export, IT, tourism are going to be devastated by the pandemic and the loss of remittance. So I expect 10 per cent of shrinkage of the economy.

Any revisions on budget allocations will be decided only at the end of May. By then, we should be able to know where we are heading for. Meanwhile, we have two committees to study this. One on the economy and other on the government finances. We will know by the end of the year, whether this virus will go away. You will have to play hide and seek with the virus.

How will the Non-Resident Keralite schemes be affected? The success and popularity of NDPREM and Santwana schemes in particular (given their much-touted 100 per cent utilization rates), would tough decisions have to be made on these and other NRK-related sops?

All our schemes such as Pravasi Chitti and deposit dividend schemes, all will be severely hit. It’s not a good time to have schemes. All the schemes we were planning for the diaspora would be delayed in this new situation.

On a related note, is the expected inflow of migrants to be viewed as a test of the state's capacity to absorb non-working/productive additions to the workforce over the long term? (What will be the impact on jobs in the state?)

I don’t think it’s going to be a permanent feature. We are looking forward to Kerala as new brand image particularly in medical, paramedical jobs outside the state. We are also creating big job opportunities in the tourism sector and sell Kerala as a safe tourist destination. Our slogan is ‘even if the worst happens we will take care of you’.

Will a healthcare package be announced as part of the stimulus need to be buttressed to account for the Diaspora population?

Not yet. But we will be doing soon.. Right now, our focus is on quarantining and testing. A rehabilitation and reintegration package will also be announced after that. Now the immediate challenge is to ensure all of them remain in quarantine. We have readied 2.5 lakhs facilities across the state.

Given that nearly 3-5 lakh Gulf NRKs have registered to come back, how will the state fare in terms of essential supplies in both the short-and long-term?

We are going to quarantine and test these people. That has been our approach. It’s a huge exercise in Kerala. We do something more like contact tracing and all the people above the age of 55 have to stay indoors. This is a huge expenditure. We are trying to do it through community participation with the help of local governments. We will try to involve communities in this so that they can also share the financial burden.

Thoughts on the social impact of the pandemic and the continuing economic slowdown – especially in the September-December period and into next year?

The pandemic time has demonstrated that Kerala has a lot of social capital that works as its backbone. People really co-operate. I think sectarian tendencies got subdued during this time of crisis. That’s a good and positive social outcome.

Yes, tensions are going to rise. Our health department has employed around thousand counsellors to support people who are in distress. However, I don’t expect any social unrest. There is trust in the government and greater social unity in display except for the political bickering by opposition parties. The government is doing well and there’s consensus and satisfaction among the public that things are being done well.