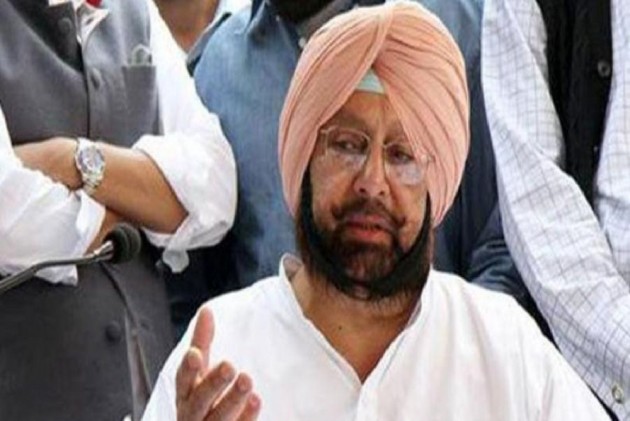 Punjab Chief Minister Amarinder Singh on Friday called the decision of Akali Dal stalwart Parkash Singh Badal to return his Padma Vibhushan theatrics and wondered why he was even given the country's second-highest civilian honour.

Badal had returned his Padma Vibhushan award on Thursday in protest against the Centre's new farm laws, over which thousands of Punjab farmers are now protesting at Delhi's borders.

“I don't know why Parkash Singh Badal got the Padma Vibhushan in the first place,” Singh said in a statement which also attacked AAP leader Arvind Kejriwal, calling him a "slimy fellow."

The Punjab CM said Lt Gen Harbaksh Singh got the Padma Vibhushan for winning the 1965 war with Pakistan and mocked, “What war did Parkash Singh Badal fight or what sacrifice did he make for the community?”

Singh claimed that the former CM is now saying he has made a big sacrifice by returning the award.

“Stop politicking on this,” he said. “This 'dramebaazi' (theatrics) might have worked 40 years ago but it does not work now.”

Earlier, the Aam Aadmi Party, the main opposition in Punjab, too had called Badal’s gesture a “drama”.

Amarinder Singh said Badal has been claiming all his life that he represents the interests of the farmers. “Then why did his party support the central ordinances after initially opposing them, and then did an about-turn and started publicly criticising the legislations,” he said.

He said as a member of the Union Cabinet Harsimrat Kaur Badal was very much a part of the meeting that passed the farm ordinances.

“Is she illiterate that she can't read,” he asked, referring to the former Union minister and Badal’s daughter-in-law who later quit the Narendra Modi Cabinet over the contentious farm laws.

He also slammed Delhi Chief Minister Arvind Kejriwal for allegedly twisting his statement on national security. The AAP had targeted Singh for linking the farmers’ agitation to national security, in remarks made after a meeting with Union Home Minister Amit Shah.

Singh on Friday said he had told Shah that the amendment bills passed in Punjab Vidhan Sabha were the solution to breaking the deadlock over the farmers' issue.

Describing Kejriwal as a “slimy fellow” who was in the “habit of lying”, Amarinder asked the Delhi chief minister to first explain why his government had notified one of the central farm laws.

“When other Opposition-ruled states, including Rajasthan and Chhattisgarh, have passed amendment bills to counter the central laws, why did he not call a session of the Delhi Assembly to reject the latter,” he asked.

“Does Kejriwal not have villages around Delhi?” he said.

He charged that while Kejriwal is in the habit of lying, his Haryana counterpart M L Khattar has the habit of thrashing people, an apparent reference to attempts by the police of that state to stop Punjab farmers from marching to Delhi.

The Congress leader said he is not scared of the Enforcement Directorate, reacting to the charge by rivals that he is under pressure from central agencies.

"For 13 years, I have been going to courts because of the cases initiated against me by the Badals, I am not bothered about ED. I can go to courts and fight for another 13 years,” he said.